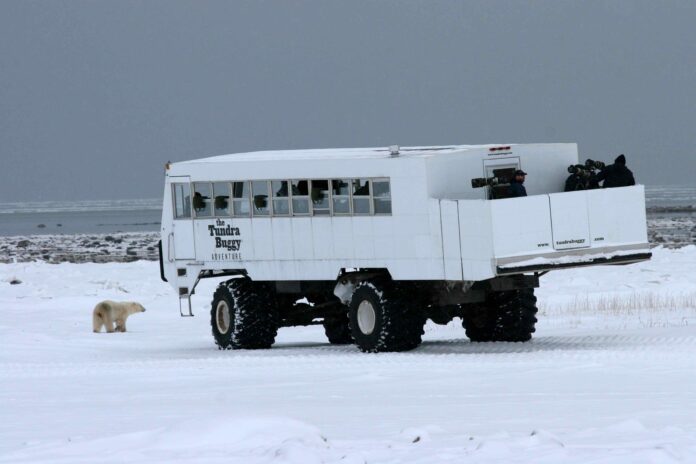 When I was in college, I went hiking with a group of friends in Riding Mountain National Park, located in southwestern Manitoba. We decided to hike quite a distance into the park before making camp for the night. Having had some camping experience, I looked forward to the adventure, but for one fact: the certain presence of black bears.

We took the necessary precautions, making plenty of noise as we hiked into the park, and making sure that our food was carefully put away after our evening meal. That night we had no problems, and it seemed like we were in the clear. As we hiked back out of the park, some members of our group with more backcountry experience went farther ahead on the trail. Suddenly they returned with stunned looks on their faces. They had seen a bear cross the trail in front of them, much too close for comfort. The rest of us were relieved that we hadn’t come face to face with a bear, but there was a certain excitement to the rest of our hike, knowing we had come so close to doing so.

The only other national park in Manitoba, Wapusk National Park, is also home to bears; in this case, polar bears. Not far from the town of Churchill, visitors to Wapusk (Cree for “White Bear”) can have their own near-bear experience, while safely out of reach of these mighty predators.

The area around Churchill is the ancestral home of the Chipewyan and Cree peoples who lived and hunted there before the first European explorers arrived in the 1600s. Located near the mouth of the Churchill River where it meets Hudson Bay, the town of Churchill began as a trading post for the Hudson’s Bay Company, and was named for one of its governors, John Churchill, the first Duke of Marlborough and an ancestor of Winston Churchill.

Churchill was well situated to become a hub for the fur trade, with its access to Hudson Bay and the Arctic Ocean on the one hand, and the availability of trading partners among the native population. Also unique to the location is that it sits at an ecotone, or the meeting of two different ecoregions. To the north is the tundra landscape of the Arctic, and to the south, the boreal forests, which extend down into the southern part of the province.

In 1741, the Hudson’s Bay Company replaced its initial log fort with one built of stone, the Prince of Wales Fort, in recognition of the growing hostility between the French and English. This fort was overtaken by a French force in 1782 and burned to the ground. Soon after, a new fort was built farther upriver.

As the fur trade eventually declined in the area, a new means of trade was envisioned by backers of a rail line to be built from Winnipeg in the south up to Churchill in the north. This railroad would enable grain and other agricultural products to be transported from the southern prairies to the port at Churchill, in reality the closest seaport in the region. The Hudson Bay Railway was completed in 1930, and stretched for 1,180 miles (1,900 kilometers) from south to north. To this day, the railroad remains the only overland way to reach Churchill; there are no roads to the town, but an airport now exists to bring visitors to the area by air.

Although the fur trade initially drew the Europeans to Churchill, the town of almost 900 residents now relies on its local wildlife for another kind of economic activity: ecotourism. Churchill calls itself the Polar Bear Capital of the World, and with good reason. Every October and November, large numbers of polar bears gather near the town, waiting for the ice to form on Hudson Bay, which will allow them to reach their primary source of food: seals.

Many tourists come yearly to see the polar bears in their natural habitat, and during the “Bear Season” months, the town is bustling with activity. Polar bear viewing has become so popular that potential visitors must often book their trips a year ahead of time. Travelers to Churchill may arrive by air, but many make the journey by rail, which takes almost two days from Winnipeg.

While in Churchill, visitors have many choices for lodging, meals, and tour operators, but one of the best known is the Frontiers North Adventures. This company takes its guests into Wapusk National Park to view the polar bears in Tundra Buggies, enormous heated vehicles equipped with washroom facilities and an outdoor viewing deck. For those who want an immersion experience, the company also maintains the Tundra Buggy Lodge, a mobile hotel that is set up each year near the polar bear groupings. Guests are housed in sleeper cars, and can spend the night out on the tundra, ready to see the bears in action the next morning.

While Churchill has long offered the unique opportunity to see polar bears in the wild, global climate change has dramatically affected both the local polar bear population and the town itself. In recent years the ice that forms on the Bay has arrived later and disappeared earlier, shortening the hunting season for the bears, and threatening their ability to feed themselves and raise healthy offspring.

In addition, the rail line to Churchill has been affected, with floods washing out the line in 2017 (which has only recently been restored), and its path across the permafrost becoming less stable with warming trends in the climate. The town relies on this vital means of transport for supplying goods and resources, and without it, the cost of living could become too onerous for many residents. A further complication is the closure of the port of Churchill in 2016, cutting off yet another access point for shipping and receiving goods (and eliminating a key employer in the town).

For those who are able to get to Churchill, polar bears are not the only wildlife worth watching there. During the summer months, Churchill is an excellent location for watching migrating Beluga whales, and bird enthusiasts come in the spring and summer to view the local species on display. Also on display, weather permitting, are the spectacular northern lights of the Aurora Borealis.

While it can be scary to encounter large predators, such as black bears and polar bears in their natural habitat, under the right circumstances, such as those present in Churchill, visitors can have this exhilarating experience and live to tell the tale.

Note: This is an updated version of an article that originally appeared on Interesting Thing of the Day on September 18, 2006.