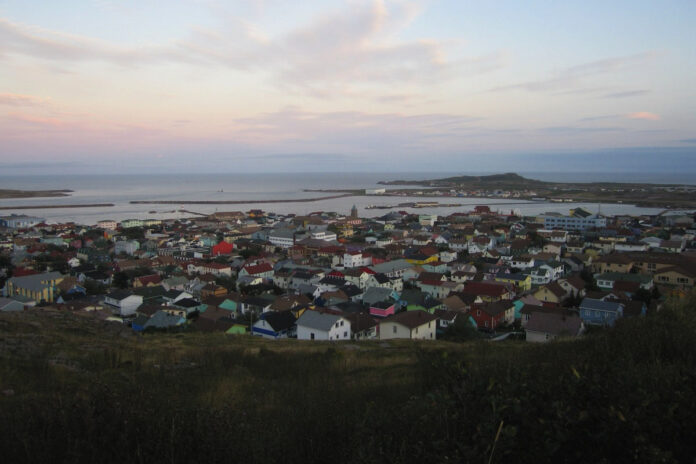 As a product of the Canadian educational system, I thought I had learned the country’s geography pretty well. But I was surprised to learn, years after I finished school, about a geographical quirk that I’d never heard of. After watching the French/Canadian film The Widow of Saint-Pierre (La Veuve de Saint-Pierre), which I assumed was set somewhere in the maritime provinces of Canada in the 1800s, I discovered that its actual setting was the island of Saint-Pierre, part of a group of islands controlled by France off and on since 1763.

Other than being nonplussed about my failure to realize that the Saint-Pierre of the film title referred to a real place, what really struck me was the fact that these islands, officially called Saint-Pierre & Miquelon, are still under French control, and their inhabitants are citizens of France. It shocked me to realize that as a Canadian I would need a passport to visit these islands, located less than an hour’s ferry ride from the Canadian province of Newfoundland, and that I would need to stock up on Euros before I got there.

How had I missed this fact in the course of my education? It seemed amazing to me that I didn’t have to travel to Europe to visit France, but could do so closer to home. I also found it fascinating that Mexico, the United States, and Canada were not alone on the North American continent; this corner of France joined the others as its smallest territory. But, although it is small in size, I learned that Saint-Pierre & Miquelon played a major role in the history of its much-larger neighbors.

The Isles Have It

In the late 1400s, the explorer John Cabot returned to Europe with the news that he had found a rich fishing ground off the coast of North America. Now known as the Grand Banks, this series of underwater plateaus located at the intersection of the warm Gulf Stream and the cold Labrador Current just southeast of Newfoundland was home to immense numbers of fish, including the much-valued Atlantic cod.

Although known earlier to the Portuguese, it was Cabot’s announcement that ignited interest in the commercial potential of the Grand Banks, and there were soon many European countries sending ships to the area, including France, Spain, Portugal, and England. Because of their proximity to the Grand Banks, the islands of Saint-Pierre and Miquelon became the bases of operation for fishing fleets, most particularly those of the French regions of Brittany, Normandy, and the Basque Country. By the late 1600s, French settlers had established cod salting and curing facilities on the islands.

However, these settlements were short-lived; because of wars between France and Britain in the early 1700s, France ceded Saint-Pierre & Miquelon to the British as a condition of the Treaty of Utrecht.

Throughout the 18th Century, the fortunes of Saint-Pierre & Miquelon were decided by the larger conflicts playing out across the eastern part of North America, as Britain and France (along with various groups of Native Americans) grappled for control of the continent. Over the course of two centuries, the French had built up the colonial territory of New France, which at its peak encompassed much of what is now Eastern Canada (the maritime provinces and Québec), as well as a swath of land west of the British colonies on the Atlantic coast, running from the Canadian border to the Gulf of Mexico.

In 1754, a dispute about which country would control the land around the Ohio River led to a larger conflict between Britain and France which came to be known as the French and Indian War. Around the same time, from 1756 to 1763, much of Europe was engaged in the Seven Year’s War, which pitted Britain, Prussia, Ireland, and Hanover against France, Austria, Russia, Sweden, and Saxony, and the conflict in North America became part of this larger war.

With the British gaining the upper hand, and having captured many of the French strongholds, the conflict ended in 1763 when both nations signed the Treaty of Paris, giving Britain control of all of New France, with the sole exception of Saint-Pierre & Miquelon.

However, the British attacked the islands in 1778 because of France’s support of the American Revolutionary War, and deported all of their inhabitants. The French eventually took back the territory in 1783, but lost it to Britain once again in 1793 when France declared war on Britain during the time of the French Revolution. For a second time, Saint-Pierre & Miquelon’s inhabitants were deported from the islands.

France gained control of Saint-Pierre & Miquelon again in 1816 after the second abdication of Napoleon, and has retained control since that time. The islands continued to play an important role as the base of operations for French cod fishing in the Grand Banks throughout the 19th Century and into the 20th.

Although it was far from the mainland of France, Saint-Pierre & Miquelon could not escape the conflict in Europe during World War II. When the Vichy government was formed in response to the German attack on France, the islands were also governed by the Vichy leaders, However, in 1941 they became part of the French resistance to the Nazis, when Rear-Admiral Muselier of the Free French forces led an attack on the islands, bringing them into the resistance movement spearheaded by Charles de Gaulle.

I think these islands are a great draw for tourists, letting them experience the novelty of visiting a European country without crossing the Atlantic, and allowing them to see first-hand these small islands that nevertheless played such an enormous role on the world stage.

Note: This is an updated version of an article that originally appeared on Interesting Thing of the Day on August 7, 2006.