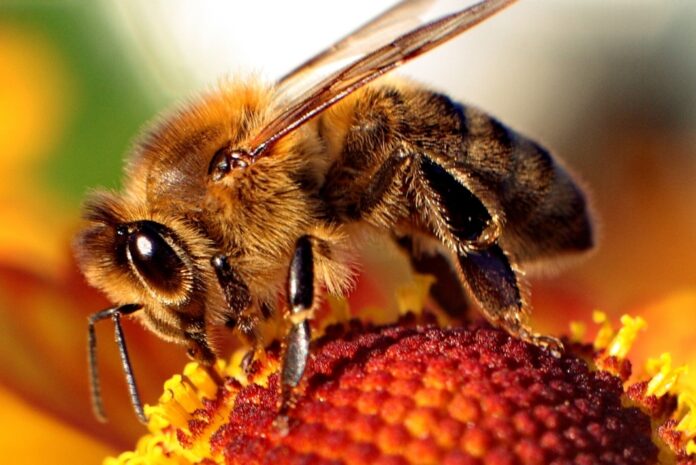 My experience may be exceptional, but I’ve found the several bee stings I’ve received over the years to be rather unpleasant—even after remembering my favorite things, I still felt pretty bad. So when a reader wrote to tell me about a treatment for such conditions as arthritis and multiple sclerosis (MS) that involves voluntarily stinging oneself with bees, I must admit I found the whole idea rather creepy and off-putting. Although this alternative therapy has not yet proven itself in widespread clinical trials, quite a few people swear by it, insisting that the benefits far outweigh the pain. And even some doctors are trying it with their patients. I feel obliged to insert the usual “don’t try this at home” and “your mileage may vary” disclaimers, but though the jury is officially still out, an increasing body of evidence suggests that there just may be something to this weird notion after all.

A Little Jab’ll Do Ya

Numerous poisons can—in small enough quantities and under the right conditions—produce beneficial effects. So it’s entirely plausible that the same is true of bee venom, or at least some of its components, even though its main purpose is to protect the bees by inflicting pain. Bee venom therapy is a subset of apitherapy, the medicinal use of any substances created by honeybees—including royal jelly and honey, each of which is already known to have some health benefits. Researchers have discovered a number of interesting substances in bee venom—most prominently, melittin, a powerful anti-inflammatory agent. This gives some credence to the anecdotal reports that beekeepers who were stung repeatedly experienced a reduction in the pain and swelling of arthritis.

Perhaps the most interesting application of bee venom is in treating the symptoms of MS. Some patients have reported startling improvements in their condition, and although doctors are quick to point out that bee venom is not a cure, patients frequently exhibit increased stability and mobility, as well as reduced spasms. In addition to arthritis and MS, bee venom therapy has also been used with some reported success in treating a wide range of other conditions, including post-herpetic neuralgia, fibromyalgia, Chronic Fatigue Syndrome, tendonitis, high blood pressure, scarring, asthma, post-operative pain, and even hearing loss.

No Pain, No Pain Relief

But let’s be clear about this: bee venom therapy, as usually practiced, hurts. The standard procedure is to remove a live bee from its hive (or a bottle) with a pair of tweezers, hold it next to the skin, wait for it to sting, and repeat. (Sometimes ice or a local anesthetic is used to reduce the pain a bit.) Depending on the condition, patients may receive multiple stings at a time, several times a week, for weeks, months, or in some cases, years. The sites of the stings normally turn red, swell up, and become itchy, just as you’d expect. And although some patients find this a minor annoyance compared to the more serious symptoms that are relieved, others have to discontinue the treatment because it’s just too painful.

In order to deal with both the pain and the inconvenience of keeping and handling live bees, bee venom has also been made available in numerous other forms, such as an injectable solution, ointments, capsules, and drops. From what I’ve read, injectable bee venom approaches live stings in potency but also in pain; other forms appear to be somewhat less effective.

Despite the cottage industry that has sprung up around bee venom therapy and reports from a great many satisfied stingees, the medical establishment in the United States considers it an unproven—and possibly dangerous—practice. Most seriously, about 1% of the population has a severe allergic reaction to bee stings that can, in extreme cases, result in death. When bee stings are administered by lay practitioners, the danger is increased, and yet relatively few doctors are willing to perform the procedure.

A few small studies have been undertaken to determine the safety and effectiveness of bee sting therapy for specific conditions. But one of the problems in performing a proper, rigorous, double-blind study is that a placebo must be used in a control group, and it’s difficult to find an inert substance that causes the same pain and skin reaction as bee venom. Still, some of the test results are encouraging, and everyone’s hope is that the particular substance or substances in bee venom that produce the desirable effects can eventually be isolated and administered without serious pain. In the meantime, people with treatable conditions but a low tolerance for stings must ask themselves: “To bee, or not to bee?”

Note: This is an updated version of an article that originally appeared on Interesting Thing of the Day on May 23, 2005.