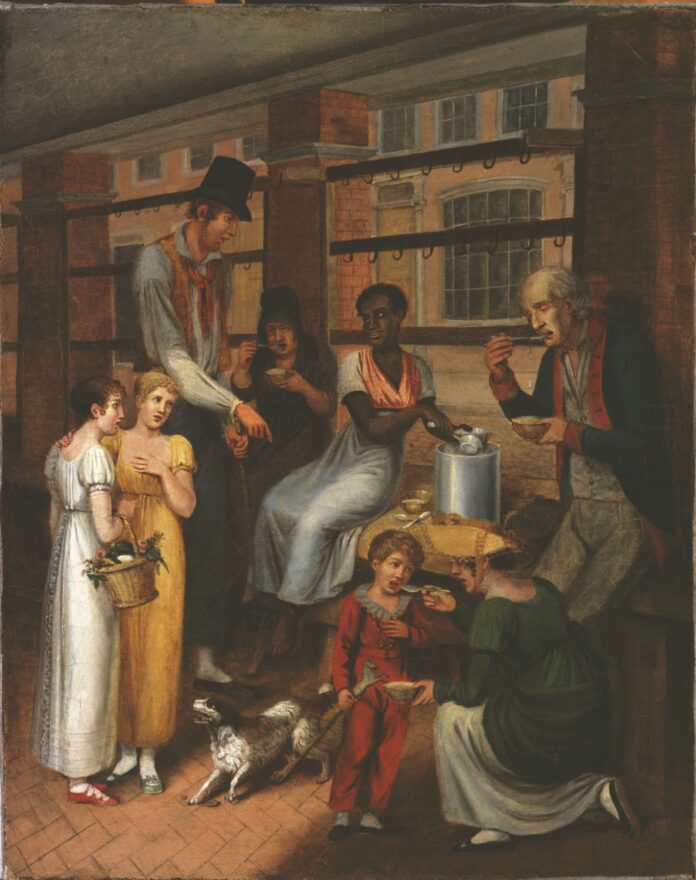 If you had asked me an hour ago what the term “pepper pot” refers to, I could only have hazarded a guess, and that guess would have been wrong. To the best of my recollection, I have never seen, smelled, or tasted a pepper pot, but now at least I know what it is. It’s a stew! In fact, a variety of stews go by that name (or a similar one). The type of pepper pot we’re celebrating today—Philadelphia pepper pot—was originally made with beef tripe, vegetables, and various seasonings (prominently featuring pepper). Legend has it that this stew was concocted and served for the first time on this date in 1777—at Valley Forge, where George Washington’s troops were spending the winter—and that it was named after the city where Washington resided. There are several good reasons not to take that legend at face value, however. There’s also another type of pepperpot (this one, you’ll note, without a space between the words) that is customarily served around this time of year—Guyanese pepperpot. Here’s one recipe for a classic (non-Guyanese) pepper pot. You’ll notice that it doesn’t include tripe, which has sort of fallen out of favor in North America (though some of my European friends love it). As for the Pepper Potts of Marvel comics fame, well, that’s a nickname. Her real first name is Virginia. Yes, seriously.