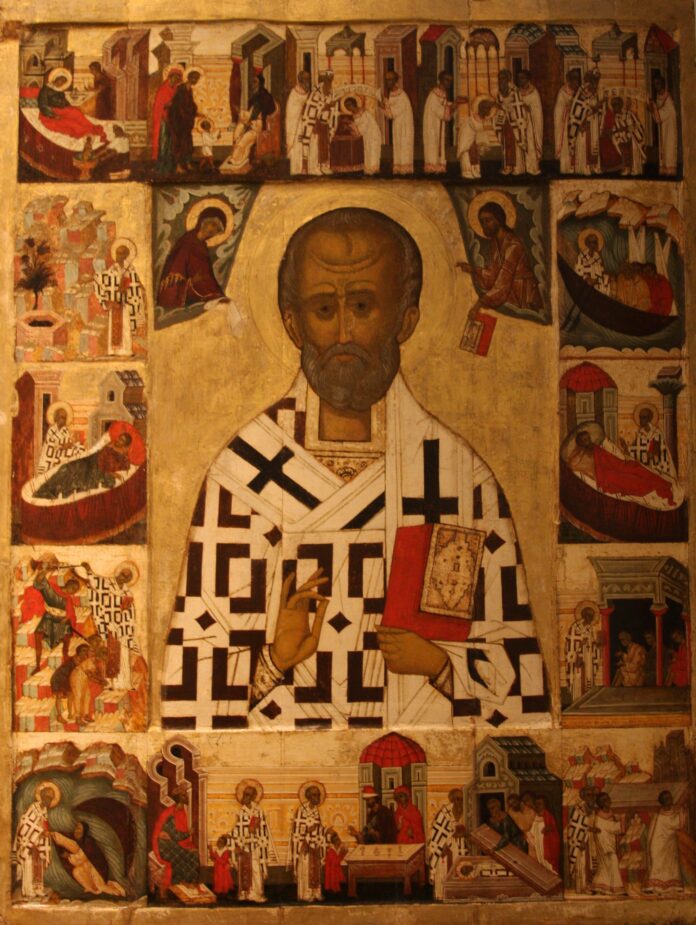 In Catholicism and certain other Christian traditions, December 6 (or, in some places, December 5 or December 19) is Saint Nicholas Day—that is, the feast day of St. Nicholas. As we all know, over the centuries, stories of the historical Nicholas of Myra merged with those of several other real and legendary figures, underwent numerous transformations and embellishments, and eventually produced what’s now known in North America as Santa Claus (who is also somehow Kriss Kringle, a name that derives from the German for “Christ child”—go figure). In some places, it’s still traditional to honor St. Nicholas by giving small treats or gifts to children on his feast day. I think it’s an excellent idea to get that whole production out of the way now, the better to leave room for Festivus, the winter solstice, Boxing Day, Kwanzaa, and whatever other late-December holidays I may have forgotten.