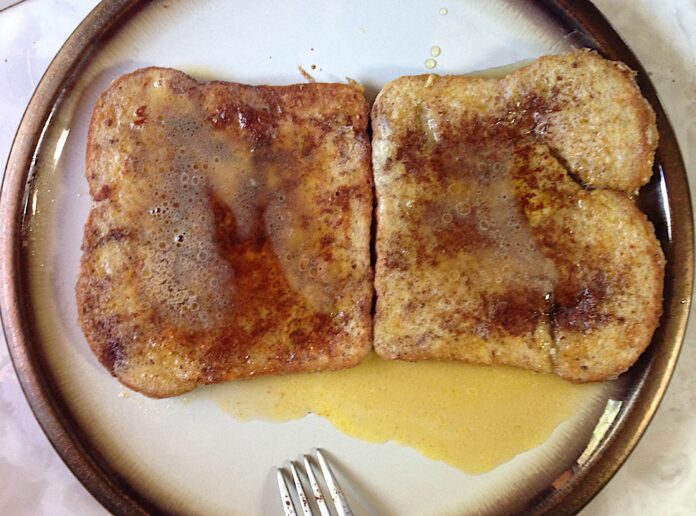 In France, it’s called pain perdu, or “lost bread”—that is, bread that had gone stale but that has been rehabilitated by being dunked in an egg batter and fried. So it’s not exactly French, and not exactly toast, but it’s delicious. And, as we know, it’s not even necessary to use stale bread! French toast was one of the first things I learned to cook as a child, and it’s way less fussy than pancakes or waffles. If you haven’t had breakfast yet, it’s a good choice. And if you already have had breakfast, well, it’s great for lunch and supper too!