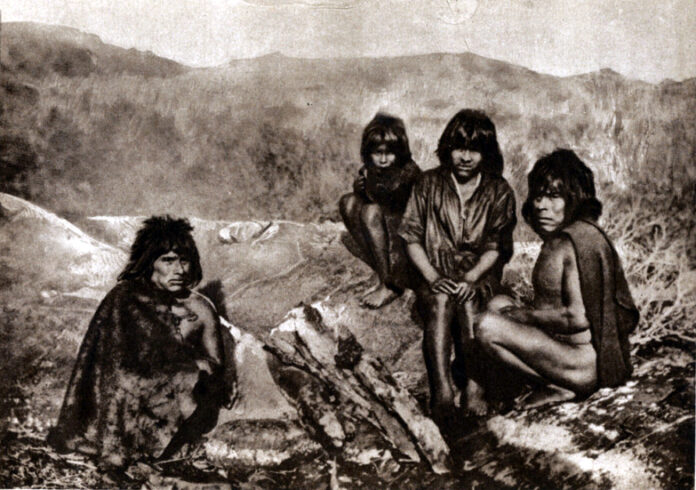 Months before I left for a trip to Patagonia in 2004, “learn some Spanish” was high on my to do list. Even though I knew I’d be with English-speaking guides much of the time, I figured I should at least know some basics beyond “please,” “thank-you,” and “where are the restrooms?” I had tapes, dictionaries, and phrase books, but what with one thing and another I never had time to learn much. What little Spanish I did know was the variety spoken here in California, which is similar to Mexican Spanish and, it turns out, very different from Argentinean Spanish. For example, in Argentina, speakers replace the “y” sound in words containing “y” or “ll” with a “sh” or “zh” sound, depending on the context. When we tried to order a hamburger without onions (“sin cebolla” in Mexican Spanish) we got puzzled looks, followed by, “You mean, ‘sin cebozha‘?” Oh. Yeah. But that difference tripped us up every time. And when our guide in Ushuaia talked at length about a race of native people he pronounced “Shamana,” it took me a long time to figure out that he was referring to the Yámana I’d read about.

Beginning at the End

The story begins some 10,000 years ago—give or take a couple thousand years. According to the Museo Mundo Yámana in Ushuaia, Argentina, Tierra del Fuego was the last place on Earth to which humans migrated, and also the farthest point geographically to which human civilization had spread from its origin. The museum thus depicts these first human residents of the area as being the hardiest of explorers. The people called themselves Yámana, which simply means “human beings.” They lived in what to all accounts was a stable and efficient society for thousands of years.

The Yámana were a semi-nomadic people. They lived primarily in small family groups and relocated as necessary to avoid endangering the populations of seals, mussels, and other marine life that made up the bulk of their diet. The European explorers who first made contact with the Yámana in the early 17th century were appalled that they wore no clothes, especially considering the cold and rainy climate. In lieu of clothing, the Yámana kept their skin covered with a layer of grease to help retain heat and repel moisture; they also kept fires burning near them at all times—even in their canoes. It was these constant fires that earned the area its name Tierra del Fuego, “Land of Fire.”

The Scourge of Civilization

In 1830, the British ship H.M.S. Beagle (under the command of Captain Robert FitzRoy) took four Yámana captive and returned them to England. One of the captives soon died of smallpox; the rest learned English and “civilized” behavior—including, naturally, the practice of Christianity. When the Beagle sailed to Tierra del Fuego again three years later—this time with Charles Darwin on board—the three surviving Yámana were returned to their home, where they soon reverted to living as they had before. One of these, whom the English had dubbed “Jemmy Button,” was implicated decades later in leading a massacre of European missionaries.

But still the missionaries and other settlers came, and still they persisted in their attempts to bring “civilization” to the Yámana, to whom they gave the name Yaghan (or Yagan). In the 1880s, the Yámana population was estimated at 1,000, but within three decades, fewer than 100 remained. Most of the Yámana were wiped out by diseases, such as measles and tuberculosis, carried by the Europeans. The settlers, meanwhile, over-hunted the animals the Yámana depended on for food, and tried to encourage adoption of an agricultural society instead. This change in diet, however, apparently increased the natives’ susceptibility to disease, as did the missionaries’ insistence that the Yámana live in mission communities. Through a combination of arrogance, carelessness, and bad luck, the missionaries managed to kill off the very people they were trying to save.

Many sources refer to the Yámana as an extinct race—and this is almost, but not quite, correct. The last pure Yámana man died in 1977, and the last woman who lived according to the traditional Yámana culture died in 1982. As of May 2017 (I have not found more recent records), there was still one Yámana woman—Cristina Calderón—living in Puerto Williams, Chile. She is the last remaining native speaker of the language and the only person left on the planet with pure Yámana DNA. Her children are of mixed race and grew up speaking Spanish, so when she dies, the Yámana will officially be extinct. It makes me terribly sad to think of an entire race dying out in my lifetime, especially due to such an unfortunate cause. The irony that this group of people had survived millennia of adventure and hardship on their way to the end of the world makes the story all the more heartbreaking. They leave behind a 30,000-word dictionary, a museum full of artifacts and photographs, and, I hope, an important lesson.

Note: This is an updated version of an article that originally appeared on Interesting Thing of the Day on February 24, 2005.