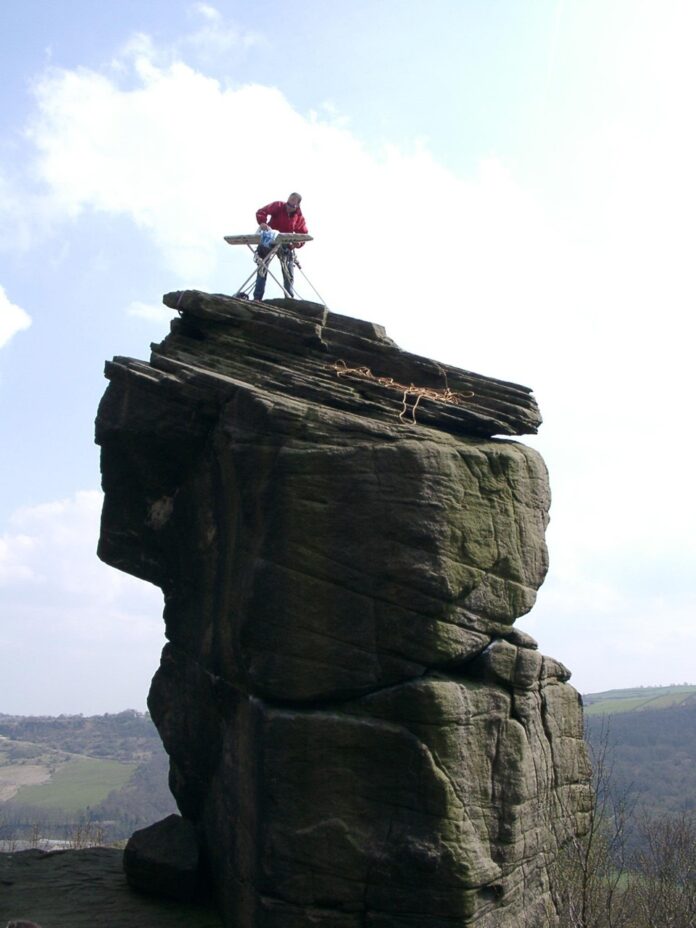 My fondness for gadgets goes way back—back to those innocent days of my childhood when anything that ran on electricity and had buttons qualified as a gadget. I must have been about five years old when, one Christmas, I asked my parents for an iron. I’d seen one in a toy catalog—but it was a real iron. It had a plug and it got hot and everything (though presumably the temperature was kept low enough that kids wouldn’t burn themselves). And, crucially, it had four buttons. I didn’t know what the buttons did and I didn’t care. But I knew that I wanted and needed four of them. When Christmas arrived, I excitedly tore open my presents, and there, sure enough, was my very own iron. But wait! What’s this? This iron has only three buttons! It’s the wrong iron! It’s all wrong! Christmas is ruined! I yelled and I cried and I tried, with little success, to explain to my parents between sobs that really that fourth button was the crucial ingredient, without which the gift was, heartbreakingly, worthless to me. It must have been the following year that I began typing my Christmas lists—complete with catalog numbers, so that there could be no mistakes.

As an adult—no doubt due to this traumatic experience—I’ve never been much for ironing. But I must admit, some of those new cordless, digital, titanium-clad irons do look mighty tempting. That, a small ironing board, a good pair of sneakers, and nerves of steel are all I’d need to participate in the latest sports craze: extreme ironing.

When I first heard about extreme ironing, I assumed it had to be some kind of joke. Of course, the whole genre of activities loosely grouped under the heading “extreme sports” is, for a sports-averse person such as myself, a kind of joke. Be that as it may, there are in fact thousands of extreme ironers out there (who sometimes refer to themselves, um, ironically, as ironists) and tens of thousands of webpages describing the activity. Make that tens of thousands and one.

To do extreme ironing, you must carry an iron, ironing board, and laundry as you participate in some other “extreme” activity. The idea is to do some ironing (and, preferably, get someone to photograph you in the act) while rock climbing, snowboarding, skydiving, surfing, cattle-roping, scuba diving, or what-have-you. The Facebook page of the Extreme Ironing Bureau (yes, there is such a thing) says, “The sport combines the thrills of an extreme sport with the satisfaction of a well-pressed shirt.” Of course, that shirt probably won’t look terribly crisp by the time you’ve descended from the cliff face, emerged from the depths of the ocean, or extricated yourself from the barrel that just went over the falls. But that’s all beside the point. The point is to have the experience—to inject some action and danger into an otherwise dull activity.

Phil Shaw, whose nickname in the extreme ironing community is “Steam,” invented the sport in his hometown of Leicester, England in 1997. Since then, he’s written a book on it and appeared on several TV shows. He’s also traveled around the world promoting extreme ironing, which has caught on in a frightening number of countries.

Not surprisingly, extreme ironing has prompted the creation of other goofy “extreme” sports, such as extreme accounting and even extreme sandwiching. No kidding. As for me, I’m all in favor of silly activities, but dangerously silly activities…not so much. I could get into some extreme meditation, though, or maybe some extreme napping. I’d better get back to my training.

Note: This is an updated version of an article that originally appeared on Interesting Thing of the Day on March 12, 2005.