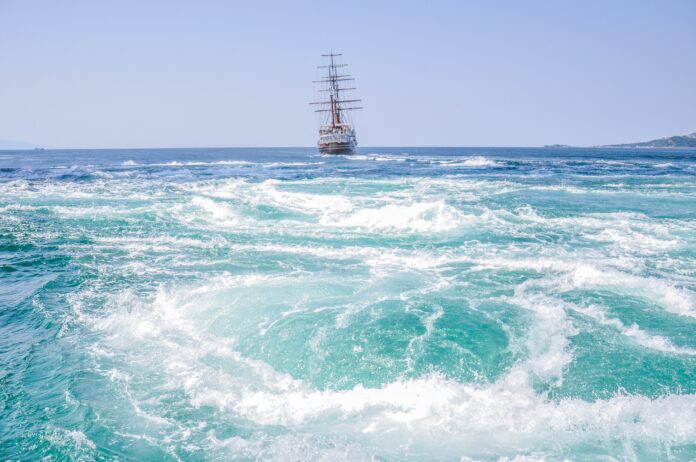 Like every other literate adult on the planet, I’ve contributed to Dan Brown’s fortune. His numerous bestselling novels, including Angels and Demons and The Da Vinci Code, are certainly page-turners—on this point, everyone agrees. Some people fault him for his literary style or lack thereof; others take issue with his interpretations of history, his scientific descriptions, or his religious views. As for me, when I pick up a novel, I understand that it’s fiction—no matter how many facts may have been thrown in to make it believable. I put myself into willing-suspension-of-disbelief mode, enjoy the story, and then come back to reality. I don’t allow some fictional character’s beliefs to affect me one way or the other.

Occasionally, though, I do wonder—just a bit—if there’s any element of truth to some of the more outrageous scientific “discoveries” that make such convenient plot devices. Take, for example, a phenomenon described in Brown’s novel Deception Point that sounds much too sci-fi to be real: an oceanic occurrence known as a megaplume, which Brown describes as a sort of massive vortex, capable of sucking huge ships helplessly down to the ocean floor. The vortex, according to one of his characters, is caused by a magma dome that superheats ordinarily cold water near the ocean floor, resulting in powerful convection currents. And this unusually warm current, in turn, attracts massive numbers of bloodthirsty hammerhead sharks. Sounds very James Bondish, doesn’t it? But I thought, just for laughs, I’ll look up “megaplume” and see if there’s any such thing.

Allow me to cut to the chase: megaplumes do exist, and although Brown took some liberties in his descriptions, they are nevertheless a fascinating phenomenon.

What is a megaplume? Why, a giant plume, of course! In its geological sense, plume is defined as “a deep-seated upwelling of magma within the earth’s mantle.” But the term can also be used to describe a column of hot water ascending from the ocean floor, and a megaplume is an exceptionally large pocket of unusually hot ocean water. Precisely what heats the water is the subject of some debate, and while it could be more or less what Brown describes—a dome of magma bubbling up just below the ocean floor—the usual geological explanations are quite a bit more complicated, and frankly, beyond me. But one way or another, the heat does clearly come from tectonic activity.

Going for a Spin

Although hydrothermal vents—discharges of a hot, mineral-rich water solution from the ocean floor—are well known, megaplumes have been likened to a huge initial “belch” of hot water that may occur when such a vent forms. The hot water forms itself into a free-floating lenslike shape that can be more than 12 miles (about 20km) in diameter and more than half a mile (about 1000m) deep. When the water closer to the surface—which is now colder than the water beneath—begins to sink, it contributes to the formation of powerful but slow-moving whirlpool-like currents. But the whirlpool is not anchored in one spot; like a tornado, the entire megaplume can move horizontally—sometimes hundreds of miles over a period of months—before dissipating. However, because the ocean is relatively deep in areas in which megaplumes are known to exist, the whirlpool is far below the surface, making it difficult to detect.

The first megaplume was discovered in 1986 on the Juan de Fuca Ridge, which runs roughly parallel to the coast of the U.S. Pacific Northwest, about 300 miles (450km) west of Oregon. Since then, only a handful have been observed. I have read no reports of megaplumes attracting hammerhead sharks, but they do certainly bring with them a wide variety of interesting creatures, including some rare microbes that flourish in the superhot waters of hydrothermal vents. Moreover, megaplumes can transport both minerals and animal life to areas far outside the range where they would normally be found, giving researchers no end of unusual things to study. Only in novels do megaplumes swallow boats, but in this case, truth is more interesting than fiction.

Note: This is an updated version of an article that originally appeared on Interesting Thing of the Day on January 22, 2005.