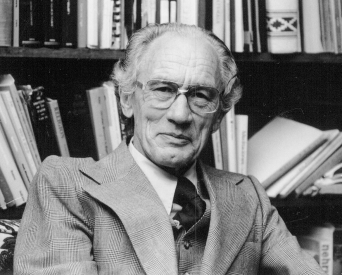 When I was studying linguistics in graduate school, the question people asked me most often was, “So how many languages can you speak?” I’d roll my eyes and say, “One, almost.” I’d then try to explain that I usually get by pretty well in English, that I can order food in a French restaurant without embarrassing myself, and that I’ve picked up a smattering of phrases in half a dozen other languages—but that’s pretty much it (unless you want to count computer languages or ancient Greek and Hebrew, of which I know just enough to mistranslate an inscription here and there). Linguists, I would say, are not necessarily polyglots; the study of linguistics is not about learning a bunch of languages but rather about understanding the nature of language generally: how the brain creates and interprets it, how children learn it, how it functions in society, how to model it computationally, that sort of thing. (At this point listeners would generally nod, try valiantly to suppress a yawn, and change the subject.)

In the course of my studies, I came across a fringe linguistic theory that is, even by the most generous standards, far from being generally accepted, or even respected. The theory is known as tagmemics; its inventor and primary proponent, the late Dr. Kenneth L. Pike, was on my thesis committee. So I got to spend some quality time getting to know the man and his theory—which, though I argued forcefully against its shortcomings, is nevertheless quite interesting. It’s the one linguistic theory that ordinary, nonacademic human beings have a reasonable chance of comprehending without months of study.

What’s a linguistic theory, anyway, and why do we need one? Linguists studying the way language works can observe what people say or write, but they can’t tell what’s going on in someone’s mind. To oversimplify greatly, that’s what a linguistic theory tries to figure out—the mental processing behind language. The reason for doing this varies from one linguist to the next: some are searching for the origins of a particular language or evidence that language is basically hard-wired in the brain; others want to find easier ways to learn or teach languages, or improve computer speech recognition. But whatever the motivation, a linguistic theory—a model that describes how language is put together and predicts how new words and sentences will be formed—is an essential starting point.

In the 1930s, Pike began studying phonology—the rules that govern how sounds are combined into words. Some sounds are regarded as the same by native speakers of a given language, even though they are objectively, or phonetically, different. Linguists use the term phoneme to describe a sound that speakers intuitively regard as being unique and meaningful in a language: thus two sounds may be phonetically different but phonemically the same. For example, in English there’s a sound we call “schwa” /ǝ/—a sort of neutral vowel sound that substitutes for other vowel sounds when it’s in an unstressed syllable. We don’t need to use the ǝ symbol when spelling words that include it; we know intuitively and automatically when another sound—like “a,” “e,” or “u”—should be shortened into a schwa. So because it is simply a variant that occurs in very well-defined situations, schwa would not be a phoneme in English. On the other hand, there’s no rule that could predict when “k” would be used versus “d,” so both the “k” sound and the “d” sound must be phonemes in English. Finding the phonemes—the meaningful units of sounds in a language—is a basic part of the analysis of any language.

Pike wondered whether there might be something analogous to the phoneme in grammar—that is, at the level of words. To take a fairly trivial example, consider a pair of synonyms, such as “aid” and “assist.” Pike would say that even though these two terms are objectively different, the fact that they can be used and understood in the same way in a given context makes them equivalent at the level of grammar. He used the terms “etic” (as in phonetic) and “emic” (as in phonemic) to describe objective and subjective units of meaning, respectively. Thus, in this example, “aid” and “assist” are etically different but emically the same. Pike originally called the minimal grammatical unit of (emic) meaning a grameme but later changed the term to tagmeme, which he felt was more generic.

A tagmeme is basically a composite of form and meaning, a “unit-in-context.” Where many other linguists only wanted to study the objective form of language (that is, its “etic” aspect), Pike felt that the interesting thing was how language actually functions for users in real life—its “emic” aspect. So the tagmeme, as Pike’s fundamental unit of language, is described in terms of four features (or “cells”)—slot (where the unit can appear), class (what type of unit it is), role (how the unit functions), and cohesion (how the unit relates to other units). Pike found that the very same structures that appeared on lower levels also appeared on higher levels—as sounds formed words, words formed sentences, and sentences formed discourse, Pike used tagmemes to describe these larger and larger units. And he begin to think: if the etic/emic distinction applies to all levels of language, perhaps it was an even more basic, more general principle that could explain a great many other things too.

In his monumental (and very, very heavy) book Language in Relation to a Unified Theory of the Structure of Human Behavior, Pike claimed that the same kinds of structures, rules, and procedures found in phonology apply not only to grammar and discourse, but in fact to all of human behavior. He analyzed events such as football games and church services using his tagmemic system, with the rather lofty goal of proving that all human behavior is basically linguistic. (Pike wrote numerous other books, some of which aimed to explain tagmemics to the non-academic layperson.)

Of course, the fact that a football game and a sentence can be described using the same methodology and structures, while very interesting, doesn’t really prove that a football game is linguistic. And most linguists seemed to feel that as a descriptive model, tagmemics was not as rigorous or objective as other models, so it didn’t lend itself well to serious scientific inquiry. But from Pike’s point of view, looking at language as an objective formal system was missing the point; behavior that is fundamentally subjective can only be understood and described meaningfully if the observer allows context to play a role at every level.

The Wide World of Tagmemics

Another of Pike’s main claims was that language is deeply hierarchical, in several simultaneous ways. Sounds and intonation form a phonological hierarchy; words and sentences form a grammatical hierarchy; and meanings—whatever a speaker is talking about—form a referential hierarchy. All three hierarchies interlock and operate at the same time, and of course, what could be said of the hierarchy of language could also be said of the hierarchy of all behavior. As the theory developed over the course of several decades, Pike expanded it even further to include insights from other fields. From quantum physics, for example, Pike borrowed the notion that any event can be seen from the perspective of particle (a static view of a unit), wave (a dynamic view), or field (a unit in relation to other units).

Pike applied tagmemics to rhetoric, poetry, science fiction, and philosophy, among other fields. Others have taken it further—I’ve even seen a document using tagmemics as a model for learning the programming language Perl. While it never did (and never will) meet the day-to-day needs of most linguists, tagmemics has managed to maintain a small but loyal following among researchers in a wide variety of disciplines. The key insights of tagmemics—that context is essential, behavior involves overlapping hierarchies, and viewpoint affects one’s analysis of data—turn out to be surprisingly effective for understanding many kinds of phenomena. This obscure linguistic theory is in fact a pretty good way of thinking about what it means to be human.

Note: This is an updated version of an article that originally appeared on Interesting Thing of the Day on June 10, 2003, and again in a slightly revised form on January 13, 2005.