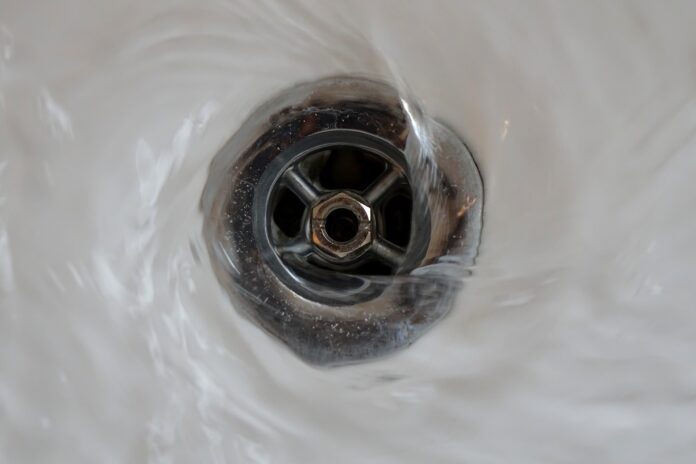 I just finished an experiment in which I demonstrated something many people would claim is impossible. I filled the kitchen sink and the bathroom sink with water, and then I pulled the plugs. The water in the bathroom sink drained clockwise, while the water in the kitchen sink drained counterclockwise. According to a popular urban myth that has been circulating (sorry) for eons, water always drains in one direction in the northern hemisphere and in the opposite direction in the southern hemisphere. (Accounts differ as to which is which, but we’ll get to that shortly.) If true, one of my sinks has just defied the laws of nature. Since it is seemingly quite easy to disprove this myth, its persistence for all these years suggests an unfortunate lack of intellectual rigor among the general public. However, it turns out that there is a kernel of truth to this story after all—in, shall we say, a roundabout way.

The Effects of Force

The reason usually given for the supposed variation in the rotational direction of drainage is the Coriolis force—a type of inertial force that affects moving objects in a rotating system, causing them to curve in one direction or another. (This phenomenon is sometimes referred to as the Coriolis effect—though strictly speaking, a Coriolis effect is simply any perceived change resulting from the Coriolis force; I’ll stick with the latter term in the interest of simplicity.) A thought experiment might illustrate this concept well. Let’s say you and a friend are playing catch, and there just happens to be a merry-go-round between you. You can throw the ball straight ahead, and it will go just where you expect it to. However, if you and your friend hop onto opposite sides of the merry-go-round and try to play catch while it’s in motion, you’ll find that the ball you throw straight ahead curves to the side (which side and how far depend on the direction and speed of the merry-go-round). That’s the Coriolis force at work. It was named after French scientist Gaspard-Gustave Coriolis, who demonstrated it in 1835.

If you apply this concept to a really large rotating system, like the Earth, it can have some fascinating effects. The planet’s rotation causes not only objects like balls but also currents of wind and water to deflect rightward in the northern hemisphere, and leftward in the southern hemisphere—regardless of their direction of motion.

Round and Round We Go

Is your head spinning yet?

So let’s get back to the water in the sink. You put it in motion when you pull the plug, at which point you may assume the Coriolis force will pull it in a rightward direction in the northern hemisphere, resulting in clockwise rotation. But as with hurricanes, you have another force at work—in this case, gravity. It pulls the water inward, toward the drain, and since gravity is much more powerful than the Coriolis force, you should in fact get counterclockwise rotation in the northern hemisphere. Right? Well, only under ideal conditions, which are certain not to exist in your bathroom. Because the Coriolis force is so weak, its effects are normally noticeable only on rather large systems. In small systems, other factors usually make the Coriolis force irrelevant. For instance, if the water in your sink has even the tiniest residual motion from when you filled it—and it can retain traces of motion for hours—that will be more than enough to counter the Coriolis force and set the water spinning in the direction of that original motion. If your sink is not perfectly round, or if the walls or drain have any irregularities, those tiny contours can also affect the direction of the water’s rotation as it drains—again, more than compensating for the Coriolis force.

If you had an extremely large sink (as in, say, the size of a hot tub) with no imperfections, and if the water had been carefully kept still and protected from air currents for a day or so, and if the drain was very small, and if the act of removing the plug was done in such a way as to prevent any influence on the water’s direction, then you could reliably expect counterclockwise drainage in the northern hemisphere due to the Coriolis force. In fact, just such an experiment was performed successfully in 1962 at M.I.T. But under ordinary circumstances, regardless of your location on the planet, the water will go down the drain pretty much however it wants to. You may discover, as I did, different directions in different sinks—or even different directions in the same sink on different occasions, depending on how you filled it. Another legend down the drain.

Note: This is an updated version of an article that originally appeared on Interesting Thing of the Day on March 24, 2005.