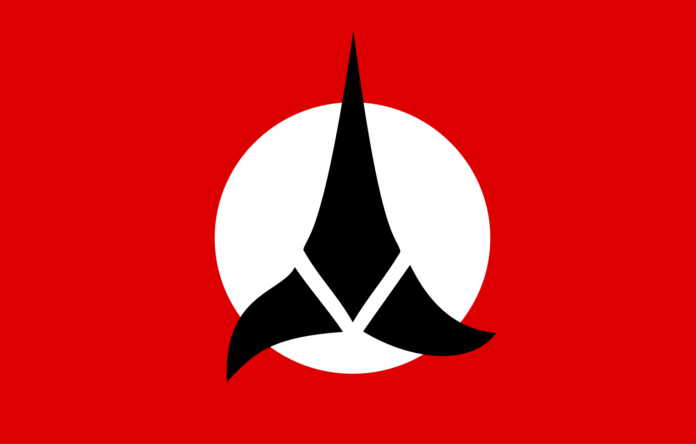 When I was in elementary school, I’d come home from school each day and immediately flip on the TV to watch my favorite show. The original Star Trek series—by then already well into its years of syndication—had me completely hooked. My mother used to tease me that I could summarize the plot of any episode by the time the first chord of the theme music had played. I was a serious junior Trekkie. Years later, during the run of Star Trek: The Next Generation, I rekindled my interest in the show, going so far as to attend a few Star Trek conventions.

Ironically, it was the conventions themselves that started to wear down my interest in Star Trek. I was a fan, but not the sort of fan who would wear a uniform, pointy ears, or a communicator badge. Not the sort who would memorize scripts, install Star Trek sounds on my computer, or collect autographs of the stars. Just an ordinary fan. The people I saw at conventions, on the other hand—these folks, God bless ’em, were over-the-top Trek junkies. From the way they talked, dressed, spent their money, and generally obsessed over the show, it seemed as though many of them took it way, way too seriously. I liked Star Trek, but I never confused it with reality. The fan culture actually tainted my own experience of what should have been just a very good science fiction show.

Way of the Warrior

One particular fan subculture revolves around characters known as Klingons. (For those who aren’t familiar with the show, Klingons are a warrior race from the planet Kronos, their culture permeated with a profound, if ruthless, sense of honor. For most of the Trek timeline, they were the “bad guys,” the archetypal enemies of the human-dominated Federation—though at various points in the mythology they have become allies to one extent or another, as more insidious foes threatened both races. Klingons have deeply creviced facial features, are always dressed for battle, and speak in a harsh, guttural language.) Many Trek fans regard the Klingons as their heroes, adopting their mannerisms, appearance, and even their language. While the extreme role-playing this group enjoys is a bit much for my taste, the language itself is worthy of note, as is the Klingon Language Institute (KLI), a nonprofit organization dedicated to the study and promotion of the language.

KLI is, as surprising as it sounds, a honest-to-goodness scholarly organization. Their subject matter: an artificial language created for aliens in a TV show. In the original series, Klingons spoke English, but as sophisticated viewers began to expect a more realistic alternative universe, Paramount Studios hired a linguist named Marc Okrand to create a complete, believable Klingon language. The words and phrases Dr. Okrand came up with were used in several of the Trek films as well as in The Next Generation and later series. Okrand later published several books on Klingon, as well as audiobooks (narrated by actor Michael Dorn) designed to help people learn the language.

In the 1991 film Star Trek VI: The Undiscovered Country, a Klingon general (who also happens to be a Shakespeare aficionado) recites a translated version of “To be or not to be.” He then jokes that you can’t truly appreciate Shakespeare until you’ve read it in the “original” Klingon. The following year, KLI began operations, and one of its first projects was—you guessed it—producing a Klingon version of Hamlet, part of what they call the “Klingon Shakespeare Restoration Project.” That’s right, KLI members are working on translating the rest of Shakespeare and, incredibly, the Bible (among other books), into Klingon. In addition to mailing lists and an extensive website, they produce a quarterly journal, and even offer beginning Klingon language lessons online. KLI claims to have members in 30 countries and on all seven continents.

Speaking as a mere fan, I don’t have any plans to attend Klingon Language Camp (yes, there is such a thing) any time soon. Still, having spent years studying linguistics, I can’t help but be impressed at the achievement of creating an entire language from scratch. And I suppose I can think of worse pastimes than translating literature into an artificial language. Who really wrote the works of Shakespeare? Perhaps it was a Klingon.

Note: This is an updated version of an article that originally appeared on Interesting Thing of the Day on April 6, 2003, and again in a slightly revised form on September 12, 2004.