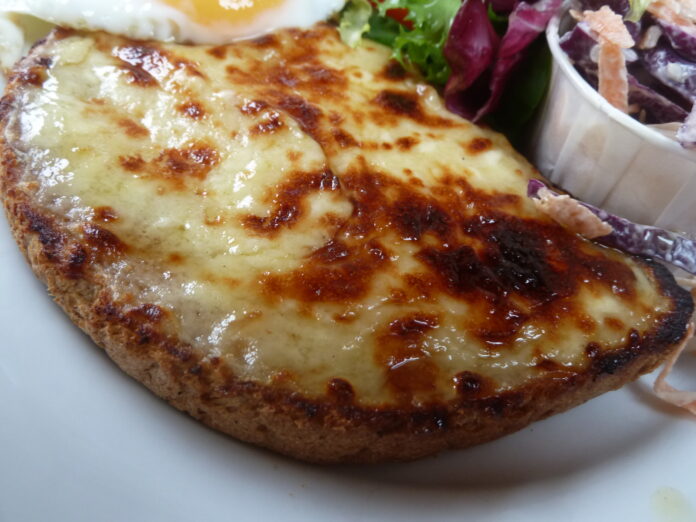 I have a bone to pick with whatever scoundrel declared September 3 to be National Welsh Rarebit Day and not, as it should be, National Welsh Rabbit Day. This dish, which consists of melted cheese on toast, decidedly does not contain rabbit, or any other meat. But you know what else it doesn’t contain? Rarebit. Because there’s no such thing. It’s a made-up word that has no other meaning than to give this dish a name other than “rabbit.” (Yeah, some websites claim it’s a Welsh word for rabbit. Those sites are wrong. You can look it up in any of numerous online Welsh-English dictionaries, as I just did.) The point of calling melted-cheese-on-toast “Welsh Rabbit” was to poke gentle fun at our friends from Wales, as in “This is what passes for rabbit in Wales.” See? But someone, centuries ago, hypercorrected—they presumably decided that was too confusing or offensive, and tried to cover up this little insult by saying, in effect, “Oh, no, did you hear ‘rabbit’? Ha ha ha, how silly, your ears must be playing tricks on you. We’re actually saying rarebit, which is, you know, a, um, rare bit of something, a delicacy. That’s what we meant all along. Ha ha ha. You’re not dumb, or poor, you just have an earwax problem. What? Did you hear ‘earwax’? No no no, I said ‘earwig’…”

Well, all this complaining sure is hungry work. I think I could use a tasty, satisfying, and entirely vegetarian meal, maybe some type of curdled dairy product on twice-cooked bread.