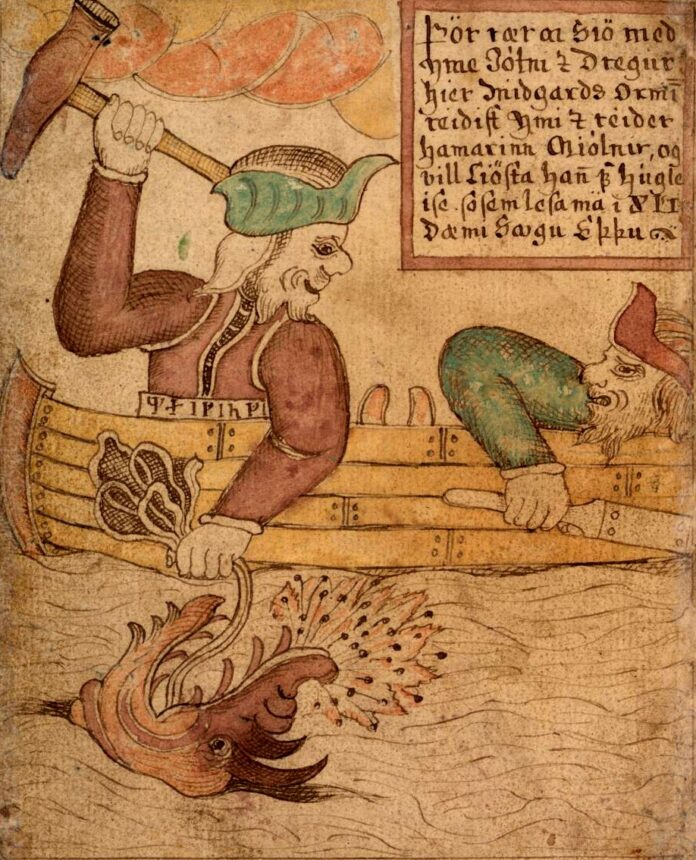 One summer years ago, my sister-in-law Cat Jahnke, a wonderfully talented singer-songwriter from Winnipeg, came to visit us for several weeks. We often served wine with our meals, but Cat usually left her glass half full. Morgen and I teased her good-naturedly about this, but she insisted that she wasn’t accustomed to drinking much wine, and that anything more than a few sips made her tipsy. I countered that she just needed to work up a tolerance for wine, and began enumerating its health benefits. When she continued to demur, I challenged her to finish just one full glass of wine with dinner. At this, Morgen gave her a stern look and said, “It sounds like he’s throwing down the goblet, Cat.” Ah, the wonderful bouquet of a great pun.

So, naturally, I then started looking goblet-throwing in literature, because that’s how I roll, and you’d be surprised how few examples there are. I mean, sure, this sort of thing shows up every now and then in your basic fantasy novel, but history isn’t exactly littered with the shards of goblets broken dramatically at the climax of some great epic tale. Except for one, of course: the Hymiskviða (The Lay of Hymir), a poem that tells the story of Thor’s heroic acquisition of Hymir’s Cauldron. This is the sort of story you read to your kids at bedtime—if you happen to live in Iceland in the year 1300 or thereabouts. For those not familiar with the story, here is an extremely abbreviated and very slightly accurate retelling.

Give Me a Cauldron Large Enough, and a Place to Stand…

The gods of Asgard were looking for an eternal source of mead, and they demanded that Ægir, god of the sea, provide it for them. Ægir, unhappy with the tone of their request, said he’d only do it if the gods could supply him with a cauldron large enough, such enormous vessels being rather scarce. Tyr, the god of war and justice, knew just where to obtain such an item: his father, the giant Hymir, had one that was “a league deep” (that would be about three and a half miles—certainly large enough to keep the gods drunk for a few millennia). But Tyr knew his father wouldn’t acquiesce easily, so he enlisted the aid of Thor, the god of thunder, to trick Hymir into parting with the giant cauldron.

Thor and Tyr went together to visit the bellicose Hymir. After braving their way through a variety of adventures, including a fishing trip during which Thor managed to catch two whales, Hymir still was not warming to his guests. He taunted Thor by saying, “Sure, you may be able to row a boat well, but if you’re really strong you should be able to prove it by breaking this glass goblet.” Thor threw the goblet against a stone pillar, but the goblet remained intact while the pillar shattered. Hymir’s wife whispered a word of advice to Thor: “Try again; this time, throw it at Hymir’s head, which is much harder than any goblet.” Thor did as he was told, and the goblet broke.

Hymir was upset that his goblet was broken, but nevertheless conceded that Thor had outwitted him, and offered him the great cauldron as his reward—provided, naturally, that he could carry it. Although Tyr couldn’t budge the cauldron, Thor handily carried it away. But the two gods had not gotten far when they turned to see Hymir following them with a band of his multi-headed henchmen; apparently he’d had second thoughts about letting go of his prized possession after all. Thor set down the cauldron, dispatched the pursuers with his trusty hammer, and then resumed the journey home.

All’s Well that Ends with Infinite Quantities of Mead

The gods were greatly impressed when Thor and Tyr returned with Hymir’s cauldron. Even Ægir changed his tune and began cheerfully brewing up mead to last Asgard through the winter. The mead flowed freely, the gods were happy, and they all lived happily ever after, except for those who didn’t. (We are not told how Hymir and his wife got along after that “hard-headed” remark cost him his cauldron, but one imagines the incident led to marital discord, if not worse. Such matters are, of course, of a more delicate nature than is generally addressed in Norse mythology.)

Note: This is an updated version of an article that originally appeared on Interesting Thing of the Day on September 23, 2003, and again in a slightly revised form on December 27, 2004.