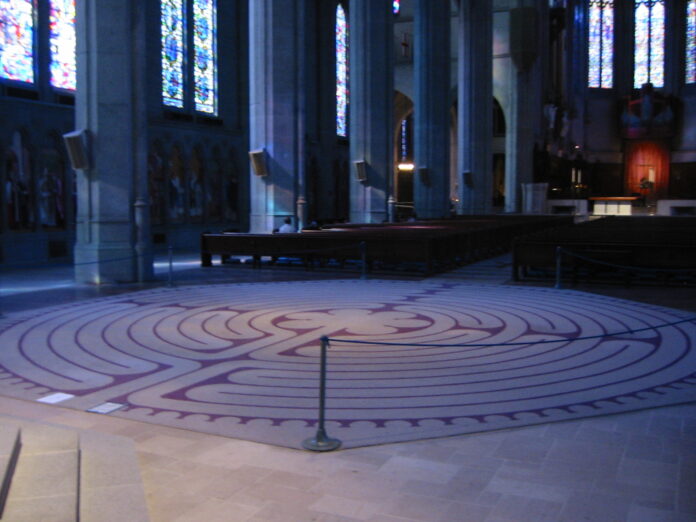 I lead what most people would consider a habitually stressful life. One aspect of this is that I’m nearly always busy—usually with half a dozen major projects in progress, all of which feel equally important, at any given time. Even when I have the luxury of focusing on just one or two things, there always seems to be a deadline looming, a crisis of one kind or another, or some other distraction to keep me on my toes. To be honest, this is not my preferred lifestyle—I don’t thrive on stress the way some people do. If I could get paid to, say, sit at home and read all day, watch movies for a living, or become a professional thinker, I’d be only too happy to change careers. Perhaps one day I’ll score a “dream job” as a fiction writer, motivational speaker, wine taster, or t’ai chi teacher. But even then, I wouldn’t be looking at a stress-free life. Unless I decide to go live in a monastery—a course of action that’s significantly less likely than winning the lottery (which would also be OK)—I imagine the stress of juggling priorities and projects will be a permanent fixture in my life.

As a way of counteracting, or at least controlling, all this stress, I try to seek out healthy practices that put my body and mind into a more relaxed state. Sometimes that’s taking a long walk, watching a movie, or going to get a massage. For a lot of people, though, the only real way to relax is one or another of the many forms of meditation. I used to think meditation meant concentrating on something very hard, and when I found out that the basic idea was to sit (or stand) in a fixed posture for a long period of time without thinking about anything, I thought, “How boring.” Now I’ll admit that having tried both sitting and standing meditation, I’ve discovered they’re not boring at all, but even so, they don’t really suit my temperament. When I’m trying to think through a difficult problem, compose a speech, or just work off nervous energy, I need to walk, or at least pace, and I think the same thing is true of meditation. Being in motion calms me down and clears my mind. That’s one of the reasons I like t’ai chi. It’s been described as “yoga in motion” or a “moving meditation,” and I think that’s a good way of looking at it: the motion makes my mind less likely to wander, and probably the increase in blood circulation helps too.

You Put Your Foot Right In

There are also a number of practices referred to as “walking meditation,” some of which involve special postures, steps, or mental exercises. One interesting form of walking meditation, which is often practiced in Christian mystical traditions, uses the pattern of a labyrinth as its focal point.

Years ago, a friend of mine got a group of people together to go “walk a labyrinth” at a cathedral in San Francisco. I had visions of a huge maze of hedges and was not at all sure what spiritual significance this was supposed to have, but hey, new experience. So I went. The cathedral was dark, quiet, and solemn (as cathedrals generally are)—an atmosphere I find quite relaxing indeed. On the floor in the back of the sanctuary was a large wool tapestry measuring about 36 feet (11m) in diameter, woven in a labyrinth pattern. (The same cathedral also has an outdoor labyrinth made of inlaid stone.) We took off our shoes, went to the starting point, and one by one began walking the winding path toward the center. Unlike a maze, this type of medieval labyrinth design does not have any dead ends; a single, continuous path leads to a large open area in the center; you retrace the same path to leave. Several people may walk the labyrinth at once; the loose protocol indicates that you can walk at whatever speed you want, stepping around slower-moving meditators if you wish. People usually spend a few minutes in silence at the center before returning to the starting point. The whole walk took me about a half hour.

You may be thinking, as I was when I started the walk, “And the point is…?” Strangely enough, by the time I left the labyrinth, I felt I had had a very meaningful experience, though I’d be hard-pressed to articulate why. I returned to walk the same labyrinth months later to see if I could come up with a better explanation. How was this different from just walking slowly around in circles? I’m sure everyone approaches the experience a bit differently, but for me, the walk seemed like a metaphor for life: a winding road with lots of U-turns; a path on which you’re never far from the goal, though it often seems that you are. There’s nothing preventing anyone from walking straight to the center, but somehow there seems to be value in exploring the whole path, allowing it to take you where it wants, when it wants. I’m not normally one for poetic imagery, but let’s just say that somehow, the walk was tonic: it made me feel more at ease with the chaos and surprises in my life. Your mileage, of course, may vary.

Labyrinths have been part of various spiritual practices for centuries, if not millennia, but in the past couple of decades they’ve undergone quite a renaissance. There are now several national and international movements promoting the use of a labyrinth as a meditative tool, and a world-wide labyrinth locator online. In some cases, an individual or group will travel with a canvas labyrinth, holding workshops or retreats. For those without access to a full-size labyrinth (or the necessary floor space to install one), there are small wooden labyrinths you can trace with your finger. But in general the message is: make of this what you wish. Just have the experience. Go through the turns—slowly or quickly—and allow it to relax, inspire, or frustrate you in whatever way seems appropriate. More often than not, it turns out to provide both relaxation and clarity. As a dogma-free tool for reflection, a labyrinth is a great way to straighten out those tangled thoughts.

Note: This is an updated version of an article that originally appeared on Interesting Thing of the Day on September 9, 2003, and again in a slightly revised form on November 18, 2004.