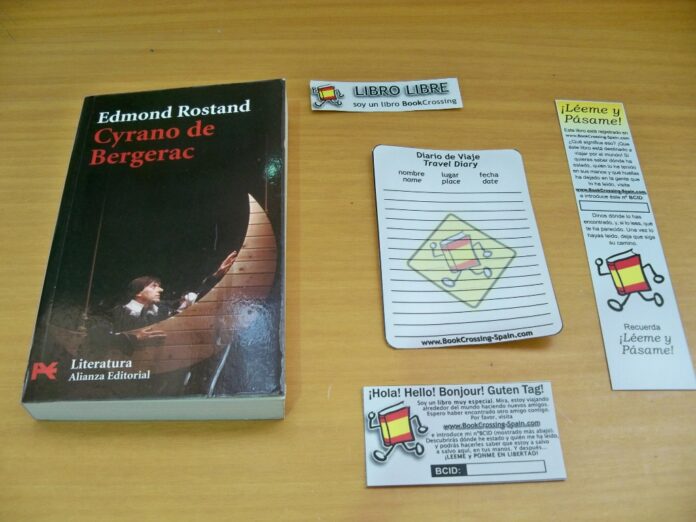 Every few years or so, I like to look through my books and weed out the ones that have outlived their usefulness to me. Maybe I’ve read them and enjoyed them, but don’t expect to reread them any time soon. Or maybe they’re books I picked up used long ago and simply never got around to reading. After a certain period of time passes—a decade, perhaps—I have to admit that I probably never will read them. So with a great deal of nostalgia and a bit of remorse, I pack up a few boxes and cart them off, sometimes selling them at a used bookstore, sometimes donating them to a library. This pruning process, which I’ve repeated countless times, is crucial because there’s simply no more room for bookshelves (although, I must admit, the problem has become somewhat less severe since I started buying mainly ebooks). No matter how hard I try, I always accumulate books much faster than I can read them. I’m always on the lookout for interesting books, and only my budget keeps my habit from becoming truly intractable.

Well, it’s about time for another round of debookifying (followed, of course, by a small, ritual replenishment). But instead of selling them all for a pittance and then weeping over how much money I’ve lost, I’m going to “set them free.” That’s the lingo used by members of a rapidly growing movement known as BookCrossing, which aims to turn the entire world into a library.

BookCrossing is the brainchild of Ron Hornbaker, an entrepreneur and book lover who was running a software company when the idea came to him in 2001. After learning about websites that enable people to track the movements of other objects around the world, including banknotes and disposable cameras, Hornbaker imagined using a similar process for books. After less than a month of work, Hornbaker and co-founders Bruce and Heather Pedersen turned the idea into a website called BookCrossing.com, which launched in April 2001.

The idea is simple: someone registers a book on this website, and in so doing gets a unique ID number that can be jotted down inside the front cover or on a special label, along with the site’s URL. The owner then hands the book to a friend or leaves it in a public place (such as one of the innumerable Little Free Libraries, of which there are many in my neighborhood), perhaps with a sticky note that says “I’m Free!” Whoever picks up the book next is encouraged to record the find, along with comments on the book, on the website, and then pass it along to another reader. Books that have been left for someone else to find and read are said to be “released into the wild”; someone who picks up a book and writes a journal entry on the website is said to have “caught” it.

Although BookCrossing got off to a slow start, the movement now has nearly a million members, and is growing at an astonishing rate—with well over seven million books released so far. Some books have been through hundreds of hands (the record, as I write this, is over 600) and have traveled many thousands of miles. Although the United States has the largest number of registered books in the wild, BookCrossing participants have released books in at least 137 different countries worldwide.

If You Love It, Set It Free

Tracking the progress of a book and other readers’ comments is one of the most satisfying parts of the BookCrossing experience. Less than 25% of the books released so far have been caught, but participants don’t seem to mind if a book they release vanishes into the ether; they feel they’re doing a public service by making the books available without cost to random people. In fact, the sheer randomness of the entire system is what attracts many people to participate. Although a book you’ve read may disappear, it may also fall into the hands of a celebrity, change someone’s life, or have any number of other unexpected effects.

The BookCrossing website enables you to search for books in a wide variety of ways, read journal entries, and register your own books—all free, and with a tasteful minimum of advertising (for books and other relevant products, of course!). The site earns money primarily by selling labels, stamps, bookplates, and other supplies that make it easier to release books, and more likely that finders will catch them. The whole operation is so refreshingly low-key and straightforward that it easily sucks in anyone who likes books and has even a shred of generosity.

Some authors and publishers have expressed concern that if the BookCrossing phenomenon becomes too large, it could damage sales. But so far, just the opposite appears to be true. (And as an author and publisher myself, I’d be only too happy to have any of my books circulating this way.) Participants frequently buy extra copies of their favorite books just to give away, and people who get excited about a book by reading glowing journal entries are much more likely to purchase it themselves than to go looking for it in the wild. All in all, it’s a fabulously clever and effective recycling program that never runs out of raw materials. Coming soon to a coffee shop near you: the world’s largest library!

Note: This is an updated version of an article that originally appeared on Interesting Thing of the Day on November 27, 2004.