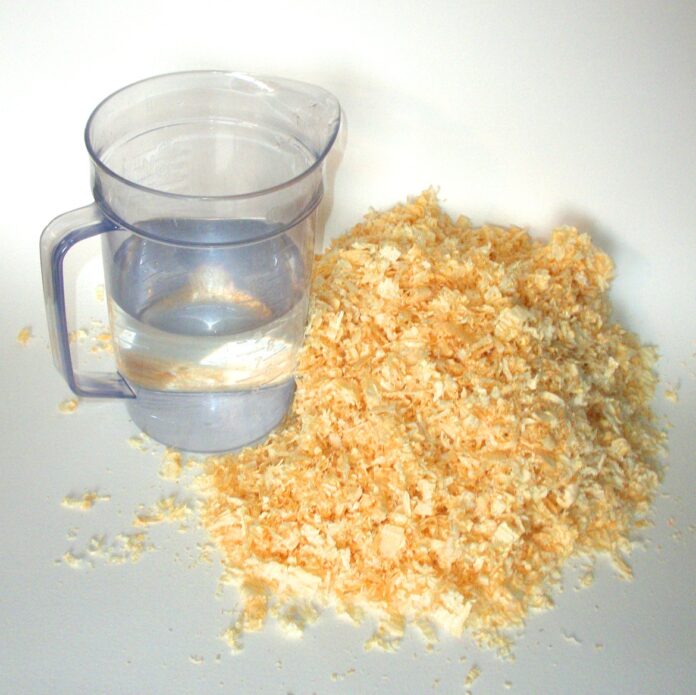 H.L. Mencken has been famously quoted as saying, “There is always an easy solution to every human problem—neat, plausible, and wrong.” Or, as the saying is often misquoted, “Complex problems have simple, easy-to-understand, wrong answers.” Either way, it’s true that simple solutions are often overlooked, and equally true that seemingly simple solutions often turn out to be infeasible. Such was the case with an ambitious project undertaken by the Allies in World War II: building gargantuan ships out of ice.

As silly as this may sound at first blush, the idea was meant to address a set of very serious problems. Supply ships on their way across the North Atlantic from Canada to the United Kingdom were frequently intercepted and sunk by German U-boats. Planes could protect the ships, but only within a limited distance from land, as there was nowhere to refuel in the middle of the ocean. Aircraft carriers would have helped, but they required enormous quantities of steel, which was in short supply. What was needed was a way to land aircraft in the mid-Atlantic without overtaxing the steel supply.

In 1942, a British scientist named Geoffrey Pyke—an adviser to Lord Mountbatten, Chief of Combined Operations—came up with the idea of cutting off a large piece of an arctic iceberg or ice floe, leveling its surface, and towing it into the ocean to serve as a landing platform. The platform would melt eventually, of course, but Pyke believed that a large enough piece of ice would last at least a few months—longer if it were insulated on the outside and cooled from within by a refrigeration system. Better yet, the platform couldn’t be sunk; even if it were damaged by torpedoes or bombs, repairs could be made simply by freezing new chunks of ice into place.

Mountbatten sold the idea to Winston Churchill, who gave it his enthusiastic support. Pyke called his operation Project Habakkuk (frequently misspelled as “Habbakuk”), after a verse from the biblical book of Habakkuk: “Look at the nations, and see! Be astonished! Be astounded! For a work is being done in your days that you would not believe if you were told.” (Habakkuk 1:5, New Revised Standard Version) The full-size aircraft carrier Pyke envisioned was to be 2,000 feet (about 600m) long and 300 feet (about 90m) wide—hollow, with walls 40 feet (about 12m) thick. That would have made it almost two orders of magnitude heavier than other aircraft carriers of the period. It would be slow, however, with a top speed on the order of 6 knots, and have limited maneuverability.

With the ship’s enormous size and weight came other complications. For one thing, ice is brittle; keeping a huge piece of it intact on rough waters was going to be a challenge. For another, ice deforms under pressure, which means that a large vessel—particularly a hollow one—would sag and likely crack over time. To find ways of dealing with these and other problems, a team of workers in Canada began research and experimentation, going so far as to build a small prototype vessel—60 feet (about 18m) long by 30 feet (about 9m) wide—on Patricia Lake in Alberta. The prototype was a wooden frame filled with chunks of ice and covered with insulation. A cooling system much like an air conditioner sent super-chilled air through a network of pipes in order to keep the ice’s temperature well below freezing.

Meanwhile, in early 1943, two researchers at the Polytechnic Institute of Brooklyn, New York, made a fortuitous discovery: by mixing wood pulp, sawdust, or cotton wool with water and freezing the slurry, they could create a substance that still floated nicely but was much stronger and less brittle than plain ice. This material was dubbed pykrete (or Pykecrete) in honor of Pyke. Experiments showed pykrete to be highly resistant to compression, chipping, and even bullets. It could be shaped with ordinary woodworking tools, and even better, it melted much more slowly than ice. This new material was quickly seen as key to the success of Project Habakkuk, which by that point was seeming increasingly problematic based on the results of the Patricia Lake tests.

According to a popular (but probably apocryphal) story, Mountbatten showed up at Churchill’s home one day while he was bathing and dropped a block of pykrete into the hot water. When the pykrete didn’t melt, Churchill was convinced that the new substance was just what they needed for Project Habakkuk. Most accounts frame the story as Churchill’s introduction to the notion of aircraft carriers made of ice, but if it happened at all, it would have been well after the project in its original form was underway.

Despite the seemingly miraculous properties of pykrete, however, the project was going nowhere fast. One problem was money: the first Habakkuk carrier would have cost about $100 million. Likewise, the complexity of building, insulating, and refrigerating such a large structure would have required time and manpower that none of the Allies could afford. And even though wood pulp was more plentiful than steel, that, too, was in short supply. On the other hand, aircraft range was improving, while conventional aircraft carriers were increasing in number. All these facts made Project Habakkuk seem like a waste of resources, and by early 1944, research was halted—before construction of the full-size carrier even began.

In the years since, pykrete has remained, for the most part, a curiosity of history. Other than perhaps the odd ice hotel here and there, potential uses for a bulletproof, buoyant, frozen building material don’t immediately leap to mind. It’s a clever solution in search of a problem, and it may be searching for a while.

Note: This is an updated version of an article that originally appeared on Interesting Thing of the Day on June 26, 2006.