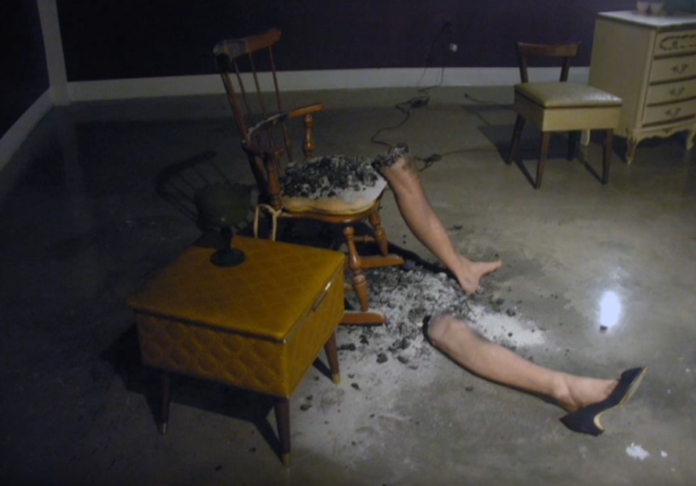 As a kid, I always wanted to be a mad scientist or inventor of some kind. So I taught myself just enough about chemistry and electronics to be dangerous, and I often had some sort of project or experiment underway. Around age 16 or 17, I was hard at work on my latest contraption, using my bed as a workbench since my desk was perpetually covered with junk. This project involved some soldering, a task at which I was moderately skilled. However, as I was leaning over my work, trying to steady myself by resting my elbow on the mattress, my arm slipped and I fell forward onto the bed with the soldering iron sandwiched between my forearm and the bedspread. Apart from the initial shock, the first sensation I recall experiencing was the smell of burning flesh and hair, followed by the realization that I had ruined my bedspread, and then very shortly thereafter, a good bit of pain.

Any number of lessons could be learned from such an experience—for instance, “Don’t solder in bed.” It’s also a reminder that there are any number of ways to generate dangerous levels of heat in close proximity to one’s body. Fortunately, this incident did not set me on fire. But if conditions had been just right, could this run-in with the soldering iron have reduced me to ash? This is just the sort of question pondered by those who investigate the phenomenon known as Spontaneous Human Combustion (SHC).

Let’s start with some science. Spontaneous combustion, in and of itself, is a well-known phenomenon—and though perhaps surprising, it’s not in any way mysterious. The term is used when something erupts into flame without any apparent exterior cause (such as a spark). One classic example is the pile of oily rags. Some types of oil undergo a fairly rapid oxidation when exposed to air; it’s a straightforward chemical reaction that happens to produce some heat. If the heat cannot escape (by being dissipated into the air), it may eventually build up to a temperature above the flash point of the oil, at which point it will begin burning—just as it would if someone had dropped a hot coal onto the rags. A similar type of spontaneous combustion can occur in a pile of hay, due to the heat produced by bacteria that feed on the hay. Mechanics and farmers know all about these phenomena and generally take appropriate precautions to prevent heat from building up to dangerous levels.

But for centuries, stories have circulated claiming that a comparable process can set a human being on fire. What’s the source of this belief? Could it possibly be true? And if so, how does it happen?

Picture this: you walk into a room and find the charred remains of a person, with only a few identifiable body parts left intact—a leg, perhaps, or maybe the skull. The area immediately surrounding the spot where the person breathed their last is also heavily charred, but the fire never spread to the rest of the room. It looks as if the person somehow caught on fire, but then burned up so rapidly that the fire was unable to spread. There being no apparent source of ignition nearby, it’s easy to conclude that the origin of the fire must have been internal. Hence spontaneous human combustion.

What I’ve just described may sound unbelievable, but such scenes have been reliably documented hundreds of times in the last few centuries. (It’s also been fictionalized—for example, by Charles Dickens in Bleak House.) The question is not whether the bodies burned, it’s how they burned.

Human fat—of which there’s usually an ample quantity even in thin people—does make a good fuel. If heated sufficiently (and able to ooze out of the body), it could certainly burn quite well, perhaps using the person’s clothing as a wick like an inside-out candle. And plausibly, by the time all the fat in a body had burned, nothing would be left but ashes—not unlike cremation. But how would the fat get that hot in the first place? Some believers in SHC posit a heretofore-unidentified chemical reaction in the body that could produce a buildup of heat much like the one in the pile of oily rags. But so far, no direct evidence of such a reaction exists, and scientists remind us that combustion itself cannot take place inside the body anyway due to a lack of oxygen. In addition, there have been cases where the skin burned and not the internal organs, but no cases in which it was the other way around—weakening the theory that the source of the heat was internal. Other investigators have pointed out that no strange chemical reaction is necessary, that mundane sources of fire such as a cigarette, candle, or maybe even a spark from static electricity could potentially set fire to a person’s clothing and thus produce the required heat—consuming the “evidence” in the process.

Wouldn’t a person who has just caught on fire tend to notice that fact and do something about it? Advocates of the SHC theory generally claim that the heat is so intense and sudden that the victim is consumed before having the chance to do anything. Critics say that in fact a lower temperature of combustion explains the evidence better—that the bodies appear to have slowly smoldered over a number of hours, and that the smaller amount of heat kept the fire from spreading. And a person may not react if, for example, they were already dead—or maybe just drunk or drugged.

All that to say: the (rare and tragic) phenomenon of human combustion is not in question, but its spontaneity is. Even in the few cases where the victim survived or witnesses attested that there was no apparent external source of flame, there is no scientific need to imagine a mysterious internal source of heat—and no reason you should lose sleep worrying that you didn’t drink enough water today and therefore might suddenly burst into flames. All the same, I recommend doing your soldering on a nice solid table.

Note: This is an updated version of an article that originally appeared on Interesting Thing of the Day on October 22, 2004.