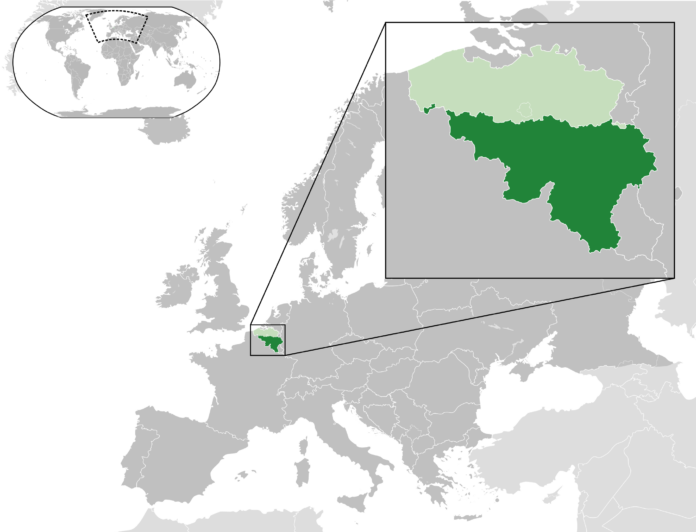 When I mentioned to Morgen that I was trying to come up with another good language-related topic to write about, she was silent for a moment, then proclaimed matter-of-factly, “Walloon.” This being a term I’d never heard of, I gave her my standard Scowl of Incomprehension, which she met with her deadly Blank Stare of Shame. This silent exchange is what we do when one of us is incredulous that the other could possibly lack some crucial piece of knowledge. Finally I broke down and said, “OK, what’s that?” Still expressionless, she said, “It’s a language spoken in Belgium.” Hmmmm. French and Dutch I knew about, but not this one. Sounds really exciting. I said, “Is it interesting?” She said, “Maybe.” And that was that.

It turned out, as it always does, that she was right—it is interesting. But the very first interesting fact I learned about Walloon was one she wasn’t even aware of: Belgium is not the only place where native speakers of this language are found. The other is Green Bay, Wisconsin.

When I think of Belgium, I think of food—in particular, things like chocolate, waffles, cheese, beer, and (“French”) fries. When I think of Green Bay—which, I admit, is a rather infrequent occurrence—cheese and beer also spring to mind, along with football. I never jumped to the conclusion that there must be a Belgian connection in Wisconsin, but indeed there is. It’s the only outpost in the New World where you can find a community of people who speak Walloon.

Some linguists classify Walloon as a dialect of French, but it began developing a distinct character as early as the 8th century and acquired its own name by the 16th century. The differences are significant enough that many consider Walloon a distinct language (though unquestionably a close relative of French). For example, in French, the word for “the” takes on a different form depending on the gender of the noun that follows it; in Walloon, as in English, the definite article is always the same. Walloon, unlike French, also uses a single word to mean “his” or “her.” Word order is different (adjectives usually come before the noun, whereas they almost always follow the noun in French), and there are numerous differences in spelling, pronunciation, and vocabulary. Furthermore, Walloon itself has four distinct dialects, each concentrated in a different region of Wallonia.

Wallonia? Yes indeed, Wallonia is the name for a region covering roughly the southern half of Belgium. Although this is home to Walloon, that is by no means the only language spoken there; Dutch, French, and German are (as elsewhere in Belgium) the official languages, and there’s also a local, “Walloonized” version of French—plus several other languages in the same family. When thousands of Walloons (as the residents are called) moved to North America in the mid-1800s, they settled in a corner of eastern Wisconsin near Lake Michigan, where there were already some French Canadian residents. By and large, the Belgian immigrants continued speaking their native language, which over the past century and a half has apparently changed less than any of the Walloon dialects spoken in Belgium. Other than Green Bay and Wallonia, the only places where you can still find communities of active Walloon speakers are Brussels and a few small villages in northeastern France.

Estimates of the number of Walloon speakers vary. Most sources say there are at least a few hundred thousand people who actively speak Walloon (though virtually all of these also speak at least one other language)—with as many as a million more people who can understand it to some degree. However, it’s far more common to find active speakers among people over 60 than among children and young adults. Walloon is not considered an official language of either Belgium or Wallonia (um, not to mention Green Bay), so it’s relatively difficult to find Walloon media and educational materials. As a result, use of the language is rapidly fading—especially in Wisconsin. However, there is a movement afoot in Belgium to revitalize Walloon; part of this movement is an effort to apply a single system of spelling to the diverse dialects, which should aid greatly in the propagation of literature and websites. There are a number of Walloon magazines and theatrical productions, and the language is heard occasionally on television and radio. Supporters of the language want it to be taught in school as well.

Although my utilitarian side sees great value in standardized languages, my conservationist side feels the same sort of grief about endangered languages as it does about endangered species. If there’s anything at all I can do to help the cause—such as buying more beer—I’m only too happy to oblige.

Note: This is an updated version of an article that originally appeared on Interesting Thing of the Day on September 18, 2004.