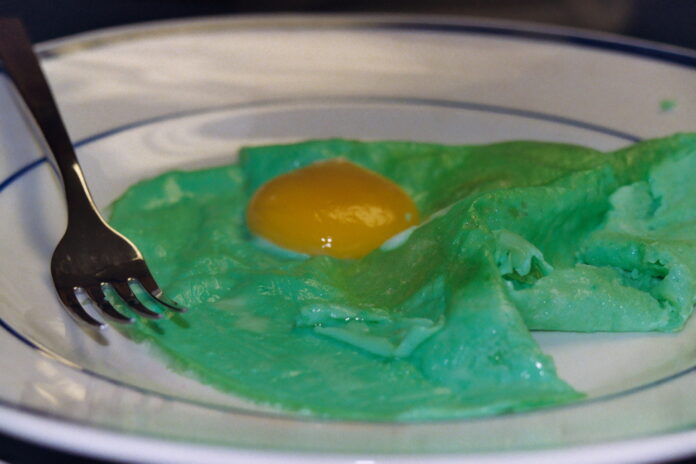 It’s not a secret that the way food looks has an effect on our willingness to eat it. That’s why top chefs spend so much time perfecting the presentation of their plates, and food companies spend so much money on marketing and packaging. Of course, taste is the most important sense when it comes to enjoying food, but just how important is sight?

Try this thought experiment: a bowl of yellow-colored gelatin is placed before you. How would you expect it to taste, sweet or sour? It could be that you think it will taste sour, because of your prior experience with other yellow foods that are sour, such as lemons and grapefruits. Or you could think it will taste sweet, based on your memory of other sweet foods that are yellow (like bananas or pineapple).

Food producers rely on these kinds of taste associations to help sell their products, and can change their customers’ perception of how products will taste by manipulating their coloring. They go to great lengths to find the perfect mouth-watering hue for their goods because they know when it comes to taste, as some studies have shown, color really does matter.

In his book Fast Food Nation, journalist Eric Schlosser mentions a study conducted in the 1970s that found the color of food had a great effect on people’s appetites. Test subjects were placed in a room with special colored lighting installed, and then given a plate of steak and French fries to eat. In that setting, the food appeared to be a normal color, but when it was revealed that the steak was blue-colored and the fries were green, some participants became ill.

This reaction can be attributed to our instinctual aversion to certain colors of food, blue and purple chief among them. Since these colors don’t occur very often in natural foods, and in fact are sometimes associated with spoiled, moldy food, we have an expectation that foods of this color won’t taste very good or will be bad for us (although there are exceptions of course).

On the opposite end of the spectrum, certain colors enhance our enjoyment of food because we have linked the taste of a food with a color, even if it differs from that food’s natural color. A prime example of this is butter, which in its original state can be nearly white, but for commercial purposes is dyed yellow (often using annatto dye) because it is seen as more appealing.

Color can even fool our taste buds into perceiving taste differences where none exist. This point was illustrated by a study that appeared in the March 2007 issue of the Journal of Consumer Research, “Taste Perception: More than Meets the Tongue” (PDF). By changing both the sweetness and the color of orange juice in various increments, researchers found that test subjects ascribed a greater difference in taste between juices of different colors than they did between juices with unequal levels of sweetness.

While food companies know that consumers can be influenced by the intentional use of dyes to make food more appetizing, there have also been some attempts by these companies to go the opposite route: creating products in strange colors. Perhaps the most high-profile example of this in the last 20 years was the EZ Squirt ketchup line from Heinz, which was produced from 2000 until 2006, and included ketchups in green, purple, pink, orange, teal, and finally blue. Heinz saw this as a way to get kids excited about their ketchup, and for a few years it seemed to work, although the crazy-colored ketchup was eventually discontinued.

Another not-so-successful example of this type of marketing ploy was the introduction of Crystal Pepsi in 1992. This colorless, caffeine-free cola’s failure to become popular was most commonly attributed to the disconnection between the color and the taste. It was hard for consumers to imagine a cola being clear, and some claimed it tasted like lemon-lime soda, even though those flavors were not in the beverage (another example of associations affecting taste). Although it was a flop in the 1990s, Pepsi brought back Crystal Pepsi in 2016 and 2017 for short and successful sales runs, mostly driven by nostalgia (and a viral video that featured it).

I remember trying both products when they came out and getting a kick out of the sensation of expecting one type of taste and getting another. Rationally I knew that the green ketchup tasted just like regular ketchup, but my brain had a hard time processing that; the green ketchup just tasted different. I eventually tired of making that cognitive leap every time I ate macaroni and cheese, and returned to the formulation that seemed more natural. Even knowing that the bright red color I’d come to associate with ketchup was also a fabrication, my taste buds wouldn’t have it any other way.

Note: This is an updated version of an article that originally appeared on Interesting Thing of the Day on March 19, 2007.