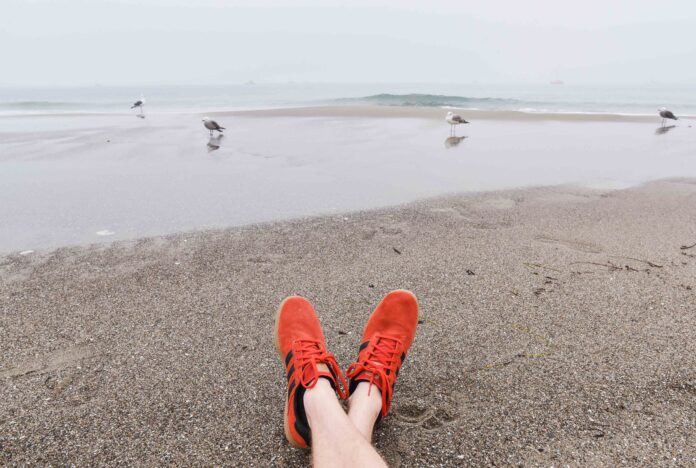 Long ago, when I had a conventional job at a big company, a Swiss friend told me about his upcoming four-week vacation. I said something like, “Wow, four weeks!” and his reply was, “Yeah, that leaves me with only two weeks of vacation for the whole rest of the year!” When I asked how many years he had been working to save up that much vacation time, he didn’t know what I meant. “Six weeks of paid vacation per year is normal in Switzerland,” he said. “Why, how many do you get?” I told him that two was the norm but that my employer was especially generous and offered three—and more after you’d worked there for a few years. My friend was shocked. How could anyone survive with that little time off? I had never really thought about it like that, because the mere possibility of longer vacations (or “holidays,” as they’re known in much of the world) had simply never crossed my mind: it just doesn’t work that way in North America.

Not long after that discussion, I went to the doctor because of some symptoms that he said were caused by stress. “How many hours a week do you work?” he asked. I replied, “I don’t know, 50 or 60, give or take.” He said, “That’s the first thing you have to change. Work to rule.” I was unfamiliar with that expression. He said, “You’re getting paid for 40 hours, so work 40 hours. Tell your boss it’s doctor’s orders; he has no right to demand any more than that.” And I thought: “As if!” Most employers in North America—especially in the high tech field—expect salaried employees to work as many hours a week as it takes to keep their projects on schedule, which is another way of saying they expect your work to be your life. To suggest otherwise would be to endanger your job. Imagine my surprise, then, when I learned that France follows a 35-hour work week, and some countries in Europe work even less. Unthinkable. How shockingly, blatantly sane.

It seems the United States is way out of sync with the rest of the world when it comes to both vacations and work week expectations.

Employees in the United States work, on average, 1,780 hours per year (as of 2017), putting them roughly in the center of the list of industrialized nations. Germans, on average, work 1,356 hours per year—or about eight hours less per week than Americans—putting them at the bottom of the list (in a good way). One explanation for this imbalance is that Americans are “workaholics,” a condition we are presumably supposed to be proud of. I don’t think that’s true, however. Americans may work a lot, but not usually because we’re addicted to it; on the contrary, we feel we have no choice. In America’s competitive job market, most salaried workers would never dream of telling their employers that they expect to work no more than 40 hours a week, because there are plenty of others who are willing to work twice as long for the same pay. It would be one thing if those extra hours translated into proportionally greater pay and benefits, but usually they don’t—and even hourly workers, who sometimes volunteer to work overtime, generally do so only for the extra money, not because they actually enjoy the work.

Nor are those long hours offset by days off. Americans are lucky if they get more than 10 paid days off per year, even though they work many more hours per week than their counterparts in numerous other countries. And needless to say, the hours spent at work are not typically the most enjoyable ones of the day; stress in the American workplace is notoriously high.

Work While You Whistle

But now the shocking news. When France reduced its official work week from 39 to 35 hours in 2000, studies showed that there was no loss in productivity with the shorter hours. (Longer hours are permissible, to a point, but overtime pay is mandatory after 35 hours.) That’s not to say, of course, that an American who currently works 60 hours while being paid for 40 would get just as much work done in 35. But it does mean that the connection between hours on the job and productivity is not as close as one might think. Some commentators have claimed that Europeans spend a greater proportion of their work days with their “nose to the grindstone,” so to speak, whereas Americans spend more work time socializing or being otherwise unproductive. Perhaps. Then again, this may be nothing more than a way of saying that Americans have found ways of coping with a higher level of workplace stress.

Shorter work weeks sometimes mean lower pay, but they also mean lower unemployment. Several countries that have shortened their work weeks to 35 hours in recent years have seen a dramatic drop in unemployment, as businesses hire additional workers to ensure adequate coverage. In the United States, though, employers would have a much harder time expanding their workforces to compensate for shorter work weeks, because of the high cost of providing benefits to full-time employees. In Europe, health insurance (for example) is paid for by taxes, rather than by businesses and their employees.

National work week policy notwithstanding, French employees work an average of 36.1 hours a week, versus 38.6 in the United States. (Compare these figures with Columbia and Turkey, which average 47.7 hours of work per week, and the Netherlands, where work weeks average 29.2 hours.) If you do the math, you’ll discover that these figures don’t quite match up with the number of hours worked per year in each country, divided by 52 weeks. That is largely due to differences in paid vacation time and statutory holidays, which can in some respects compensate for longer work weeks.

Time Off Is Good Behavior

In the European Union, by law all full-time employees must be given a minimum of four weeks’ paid vacation per year; the same is true for part-time employees who have worked for at least 13 weeks. The notion of “accruing” vacation time doesn’t apply; you are generally entitled to your four (or more) weeks of vacation from the moment you’re hired. And these vacation days are in addition to statutory holidays scattered throughout the year. There’s also an important psychological difference: in the United States, vacation time is permitted but not usually encouraged—it’s treated as an inconvenience to the employer. In Europe, by contrast, it’s simply part of the culture; it’s what people are supposed to do. I can barely imagine what would have to occur in the United States to get employers to adopt more rational and healthy work week and vacation schedules like that.

Meanwhile, there are 17 countries in the world that offer 25 days or more of paid vacation per year (not counting holidays), and 28 countries where the total number of paid days off per year (that is, vacation days plus holidays) is at least 35. On the other end of the spectrum, there are seven countries with no laws stipulating even a single paid day off per year: Kiribati, Marshall Islands, Micronesia, Nauru, Palau, Tonga, and… (drumroll) the United States. Obviously, individual employers are free to offer paid time off even if it’s not required by law, but statistics show that they typically offer as few paid days off as they feel they can get away with.

Being the head of my own company, I tend to ignore the clock and work however long I need to—after all, the buck stops with me (which also means that if I stop working, the bucks stop appearing). But I want to make a concerted effort to treat myself (as an employee) better than that. My goal—which may take years to reach—is to institute and enforce an official policy of 35-hour work weeks for alt concepts inc., from the Head Honcho to the unpaid interns. (Yeah…all of us.) Four-week vacations are going to be trickier, but I could always threaten to go on strike.

Note: This is an updated version of an article that originally appeared on Interesting Thing of the Day on July 25, 2003, and again in a slightly revised form on October 28, 2004.