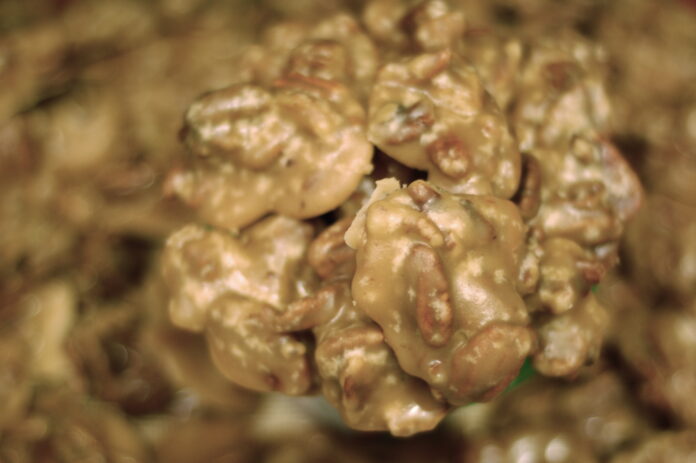 Until today I could not have told you exactly a praline is, though I had the vague idea that it involved nuts and sugar. It turns out that a praline is—are you ready?—any of numerous confections composed mainly of nuts and sugar. I was unaware until just now, but apparently there are French, Belgian, and American varieties of praline (among others), and they’re so different from each other that only the nuts and the sugar are really the constants. The word is even pronounced differently depending on where you are and what type of praline you’re talking about. The kind they make in New Orleans involves pecans, butter, white and brown sugar, vanilla, and milk or cream. But you can have any kind you want today.