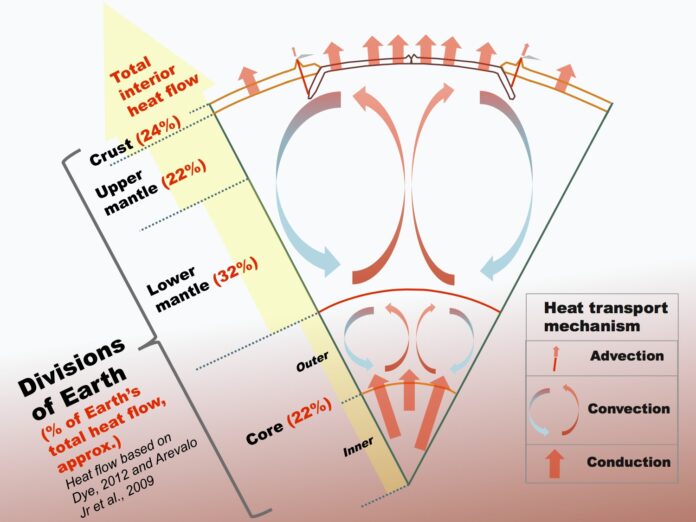 Many years ago I read an article in which the author jokingly referred to something called the “International Stop Continental Drift Society.” Believe it or not, ISCDS was an actual organization in the early 1980s that produced a tongue-in-cheek newsletter for geologists. If it were still around, I’d join in a second: stopping continental drift, like any number of other futile and pointless endeavors, is a cause I could really get behind. Besides, given the complex subject matter, I’d probably learn a lot more from a humorous article than a dry textbook.

In our family, I’m the science guy; my wife tends more toward arts and literature. But she also once took a college class that covered plate tectonics, a subject I knew very little about. It gave me a warm feeling in my heart to hear her excitedly talking about continental drift and what happens when the edge of one tectonic plate dives below another one. That’s the kind of stuff we should find interesting, especially since we get plenty of firsthand experience with seismic activity here in California. But one topic from Morgen’s class stuck out as being particularly interesting: the theory of mantle convection.

The mantle is the thick layer of rock below the Earth’s crust. It’s not quite molten, but it’s softer than the crust, and because of the enormous pressure it’s under, it behaves almost like a very thick liquid, with the tectonic plates “floating” on top. The big question that has confronted geologists and seismologists since the existence of tectonic plates was postulated is why they move. And the most reasonable theory to explain that at the moment is that the mantle is fluid in a way—though moving extremely slowly. How slowly? Think in terms of hundreds of millions of years for a given portion of the mantle to circulate from its lowest point to its highest point and back. And that appears to be exactly what’s happening: an unfathomably slow but powerful circular movement within the mantle.

You may be familiar with the term convection to describe water or air currents. The idea is simply that hot portions of a fluid rise, and as they cool, they sink back down. The hot bits going up and the colder bits going down need to stay out of each other’s way, so a somewhat circular motion builds up. It isn’t perfectly uniform, though; watch a Lava Lamp for a while and you’ll see the unpredictable convection currents in action. The theory of mantle convection says that a layer of the earth 1,800 miles (3,000km) thick is doing exactly that: responding to heat from the molten core below, moving upward, then cooling and sinking back down. This movement in turn causes the plates above to shift, accounting for many earthquakes and volcanoes, not to mention the formation of some mountains.

Sci-fi adventures notwithstanding, no one has been able to dig under the crust and explore to find out exactly what’s happening down there, but seismological data and computer models give us a fairly good picture of the currents beneath the earth. Not good enough yet to predict earthquakes reliably or far in advance (though we’re getting closer); that problem is analogous to predicting the movement of a piecrust resting on a boiling cherry filling. Tricky, to say the least. What the theory of mantle convection can give us insight into, though, is how and why some features of the planet’s topography came to be the way they are. And with time, I’m sure it will lead to a solution to that whole continental drift thing. Or at least a good movie or two.

Note: This is an updated version of an article that originally appeared on Interesting Thing of the Day on September 16, 2003, and again in a slightly revised form on July 30, 2004.