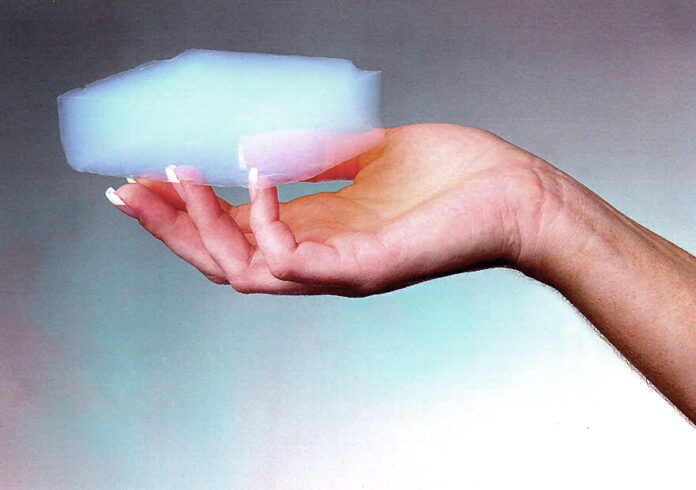 In 1931, a chemical engineer named Samuel Stephens Kistler—possibly as the result of a friendly competition with a colleague—published a paper describing how to replace the liquid in a container of jelly without the jelly shrinking. In so doing, Kistler introduced the world to a new class of materials collectively known as aerogels. These are dry solids that started out as gels, but had all their liquid removed in a clever way, leaving a rigid foam that’s up to 99.8% air. And they turn out to have a number of surprisingly useful properties.

Aerogels are most commonly made from silica gels. The process to remove the moisture is called supercritical drying, and it’s similar to one of the methods used to decaffeinate coffee. To oversimplify a bit, liquid carbon dioxide is forced into the gel, replacing the liquid, and is then vented away as a gas. What’s left is an extremely lightweight, low-density, and porous structure that’s nearly transparent. (Indeed, it has been referred to as solid smoke.)

Because aerogels are mostly air, they make excellent insulators. As such, they’ve been used in everything from Mars rovers to mugs and winter coats. (They are also impervious—at least for a short while—to flame throwers, a fact that puts me in mind of Starlite.) NASA used aerogels on the Stardust spacecraft to capture space dust.

Aerogels can be made out of many kinds of gel, and each type of material imparts its own properties. Carbon aerogels, for instance, are extremely black (not Vantablack black, but still right up there), and because they absorb nearly all solar radiation, they’re useful in solar energy collectors. They are also used to make supercapacitors, which can store a great deal of electricity because of the aerogel’s large surface area.

You don’t have to work in the aerospace or construction industries to get your hands on some aerogel. Anyone can buy some (or products made from it) for a wide variety of purposes—assuming you have cash to burn, because this stuff is quite expensive. I don’t have cash to burn, which means I probably ought to keep my cash in a fireproof container made from aerogel, but buying such a container would also eliminate the need for it—I wouldn’t have any cash left to protect.