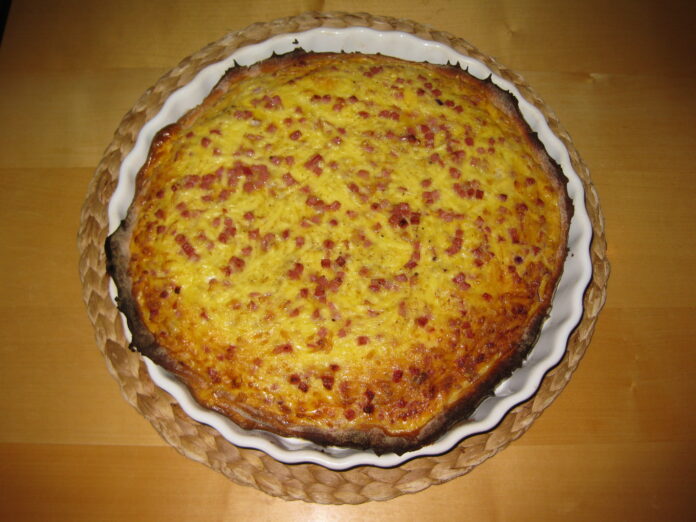 It’s National Quiche Lorraine Day, so it goes without saying that I’ll be playing the tune of the same name by the B-52s repeatedly. Also, I may very well indulge in one of my go-to lunch choices from my years living in France. Quiche Lorraine, originally from the Lorraine region of France, is a variety of quiche (an open tart filled with an egg-and-cream mixture) featuring lardons or bacon. If you’re not in France, you’ll likely also see cheese in Quiche Lorraine. I’ve encountered lots of other variants too (like recipes that use spinach or other vegetables, or leave out the meat), which are just wrong. I mean, put whatever you like to your quiche, but don’t call it Quiche Lorraine if it isn’t. (That’s tantamount to calling a cocktail a “vodka martini,” in that the very definition of martini is a cocktail made with gin and vermouth. Kids these days!)