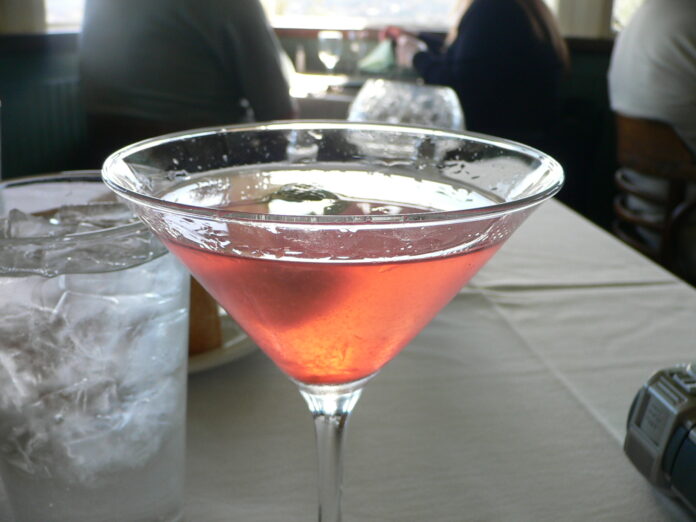 Apparently, there was once a television show, popular among a certain demographic that does not include me, called Sex and the City; and apparently, characters on this show frequently enjoyed a drink called a Cosmopolitan. I don’t know, I’m just repeating what I read on the internet. The internet also tells me that this drink was invented by one Toby Cecchini in 1988. The many recipes for this drink typically involve vodka, Cointreau (or triple sec), cranberry juice, and lime juice in highly variable proportions. What I’d consider the canonical recipe specifies Absolut Citron vodka. In any case, you shake these ingredients over ice, pour them into a martini glass, and garnish with a twist of lemon, lime, or orange, according to your proclivities. And you make (or order) one today because, again, the internet tells you that someone decided it should be National Cosmopolitan Day, and who are we mere mortals to argue with the internet?