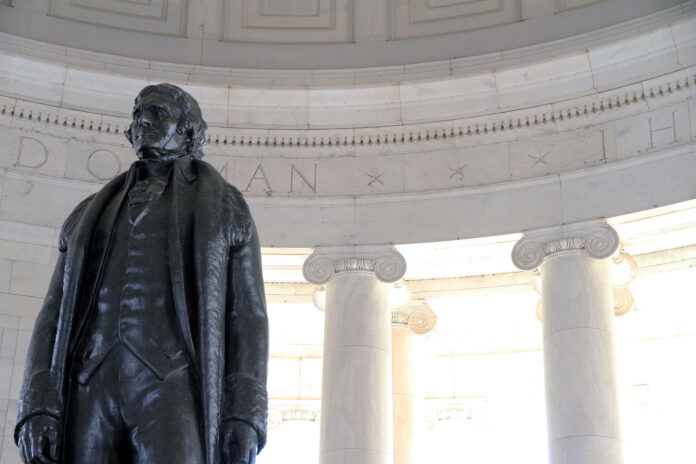 Many years ago, on my old site SenseList, I dashed off a throwaway post called “12 Things Thomas Jefferson Invented” after all of five minutes of casual web searching. I’d stumbled across some page mentioning that the third president of the United States was also an inventor, and I thought that was nifty, so hey, let’s make a quick list! It was not meant as a great work of scholarly historical research, just an amusing nugget, and I didn’t give it a second’s thought afterward. That list sat there for many years, and unbeknownst to me, it climbed way up in web search rankings to become one of the top hits for “Thomas Jefferson inventions.” It appears that list had become a favorite among students writing about Jefferson for school—even after more than a decade, that list got thousands of views per month. And that is unfortunate, because:

By way of atoning for my act of pedagogical misfeasance, I hereby present an updated and far more accurate (or at least reasonably defensible) overview of Jefferson’s inventions. (Still, kids: don’t go citing this article in school papers. Look for primary sources, and if you don’t know what that means, ask your teacher.)

Of all the gadgets attributed to Jefferson, I’ve been able to find only two for which he is unequivocally the inventor, and which are not merely variants of older inventions:

There was an object at Monticello that Jefferson certainly had made, and may have invented:

Next we come to things that Jefferson plainly did not invent himself, but did improve upon. A possibly incomplete list:

There are a few items Jefferson used and very well may have altered to meet his needs, but there’s no definitive proof that he did so:

Countless websites (including, ahem, one of mine) have attributed to Thomas Jefferson a few inventions that he simply was not responsible for, namely:

So there you have it: the best information on Jefferson’s inventions I can produce today. It falls…rather short of my earlier claim that he invented all 12 of the items mentioned, and for that I apologize. It is true that Jefferson declined to patent any of his inventions (or improvements), apparently out of a belief that his inventions should benefit all of society, not just himself. While that’s quite noble, it also means we don’t have documentation that might otherwise prove that he created the designs.