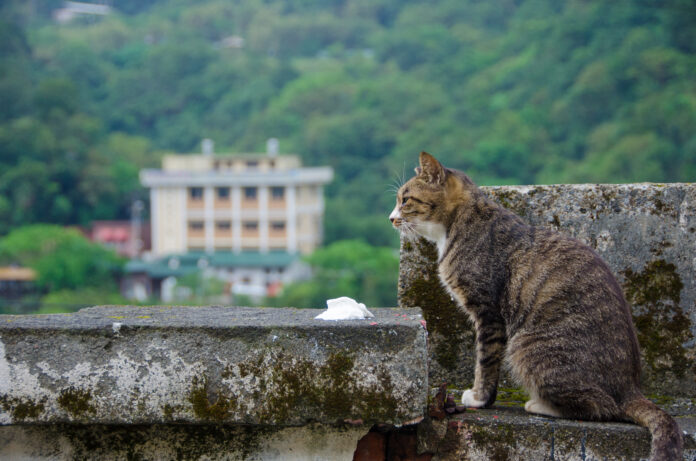 A friend who recently returned from a trip to Taiwan told us about a delightful village she’d visited called Houtong, where cats outnumber the human population by about two to one—and are responsible for sustaining the local economy.

Decades ago, Houtong was a small but prosperous coal mining town, with a population of around 6,000. But when the coal industry began to decline in the late 20th century, the population plummeted and Houtong threatened to become a ghost town. For some reason, the village had attracted dozens of stray cats, and in 2008, a woman named Peggy Chien decided to do both the cats and the other residents a favor. She put together a group of volunteers to feed and care for the cats (including administering vaccinations, and spaying or neutering in some cases) and began posting their pictures online.

This was a savvy move, since social media depends on an endless influx of cat photos for its success. (I kid, but only a little.) The attention began to draw both tourists and more cats—which now number in the hundreds—to the village. And with nearly a million visitors a year came enough money to sustain the economy through tourism. There are now plenty of eateries and an endless array of souvenir shops selling cat-themed tchotchkes of every description.

This village reminds me a bit of the Torre Argentina cat sanctuary I visited several years ago in the ruins of a temple in Rome. But what’s brilliant about Houtong is that the villagers rescued the cats, which in turn rescued the village, creating a remarkable virtuous circle. We can do with more clever, win-win solutions like that.