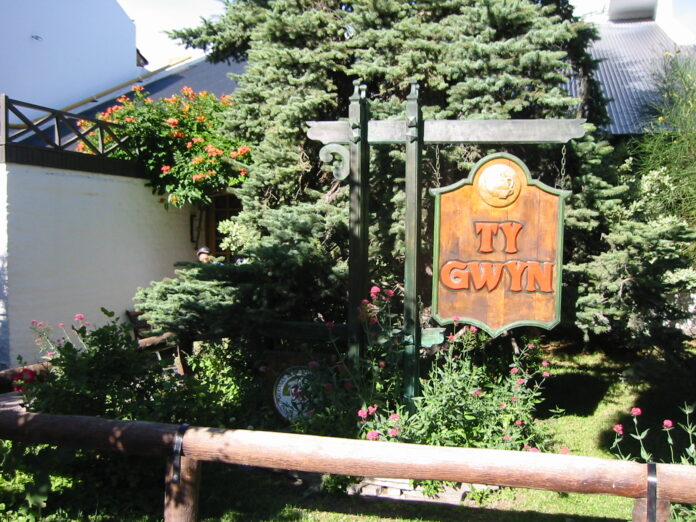 Argentina has no shortage of bookstores. In some of the busier shopping districts of Buenos Aires, it’s not unusual to see half a dozen of them in a single block—all apparently doing brisk business. We visited many of these when we traveled there, and showed uncharacteristic restraint, leaving with just a few books altogether. Of course, the selection of English-language books was typically limited, though you could find Spanish translations of nearly any major English book you could name. For example, I picked up a Spanish copy of Harry Potter and the Philosopher’s Stone. On the copyright page, it said that this book was also available in Latin and Welsh translations. The Latin bit surprised me: I can’t think of anywhere other than Vatican City where Latin is still used conversationally, and I don’t expect many folks there are keen on reading stories about wizards and witches. Welsh, on the other hand—that can certainly constitute a reasonable market, especially in Patagonia.

In the mid-1800s, many residents of Wales felt their territory, culture, and language were being overrun by the English. Realizing they were hopelessly outnumbered, a group of them decided to look for a place far away where they could transplant a piece of Wales and control their own destiny. Patagonia offered a familiar climate and an appropriately remote location, far from English influence. So in 1865, 159 settlers, led by Rev. Michael D. Jones, sailed aboard a ship called Mimosa and landed in a sheltered bay on the coast of Argentina known as Golfo Nuevo. They initially set up residence in a port town that came to be called Puerto Madryn, but soon thereafter most of the colonists moved about 100km (60 miles) to the south, building several small towns along the Rio Chubut—one of the few fertile regions in this part of Patagonia. Among these towns are Rawson, the provincial capital near the coast; Trelew, a hub of commerce and transportation about 20km (12 miles) to the west; and a further 16km (10 miles) inland along the river, Gaiman.

Although Gaiman was originally founded by a Pennsylvanian named David Roberts, it eventually achieved notoriety as the largest Welsh settlement outside Wales. Today, the town’s population numbers less than 5,000, but a large percentage of these people are direct descendants of the original colonists. Public signs are in Spanish and Welsh, and the Welsh language is still taught in the public schools. Here in the heart of Argentina, it’s not at all unusual to encounter people with names like Williams, Davies, or Jones—perhaps even with red hair—who speak Spanish with a Welsh accent and not a bit of English. Locals still proudly recall a visit by Diana, princess of Wales, in 1995.

Gaiman’s biggest tourist attraction, by far, is its tea houses. Here you can have a traditional afternoon tea with a large selection of pastries. An English couple in our group couldn’t wait to tell their families about the experience, as it was something they’d never actually do at home. Other major attractions in the town include the Primera Casa, a stone house built by Roberts in 1874 (still intact but with a new, corrugated metal roof), and a brick chapel built in 1880. The town also hosts an annual festival of choral music and poetry called Eisteddfod, where you can hear both Welsh and Argentinean folk music.

Of the roughly 500,000 people in the world who speak Welsh, roughly 1%, or 5,000, live in Patagonia. Of these, the vast majority are bilingual, and in fact few speak Welsh as a first language. But today, as in the earliest days of the Welsh settlements in Patagonia, a group of dedicated citizens is working hard to maintain and revitalize the Welsh language and culture in this remote area. And if that requires help from a couple of Harry Potter novels, well, it’s all in the service of a good cause.

Note: This is an updated version of an article that originally appeared on Interesting Thing of the Day on January 27, 2005.