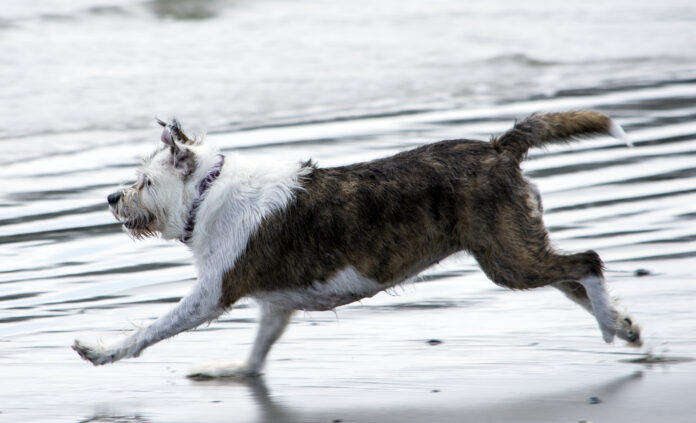 On my last trip to Costa Rica, I was walking along the beach in a small town on the Atlantic coast that’s best known as a hot spot for surfing. There were a number of dogs playing on the beach—catching sticks and Frisbees, sniffing the tourists, and generally having a good time. The dogs may have been strays, or they may have belonged to local residents—the people playing with them did not appear to be their owners. But in any case, the dogs were apparently healthy, friendly, and well cared-for. I’ve always liked dogs, though for a variety of reasons I can’t see myself owning one. Still, that afternoon on the beach, I was thinking that it would be great to have a dog to play with for just a few hours, and that some enterprising person ought to set up a little dog-rental business there to cater to people such as myself who could not bring their own dogs to this remote location.

I filed this idea away in the back of my head along with all the other goofy and implausible notions I’ve come up with over the years. And then one day, I read an article in a local newspaper about a growing trend at luxury hotels and resorts around the world: free (or inexpensive) loaner dogs for the guests. Maybe my idea wasn’t so goofy after all. A few web searches turned up a number of businesses that loan or rent dogs for short periods of time—often, though not always, as a way for tourists to have canine companionship away from home. This idea seemed to have legs, so I thought it merited a bit more research.

Although it seems a bit crude to compare rental dogs with rental cars, the concepts are similar at least in the sense that someone else is responsible for major care and maintenance. I’d never expect to rent a car for a weekend and then be asked to take it in for an oil change or a tune-up; and when borrowing or renting a dog, you don’t worry about grooming, bathing, or veterinary care. But these factors are rarely the major attraction to potential renters. Some people like having a dog with them as a way of breaking the ice when meeting other humans (a role dogs perform nearly as well as babies). In other cases, it’s simply a matter of wanting company, a hiking companion, or a playmate. Either way, the availability of loaner dogs is increasingly becoming a competitive advantage for hotels in areas where guests like to spend a lot of time outdoors.

Dog lovers on vacation may be the most visible niche market for rent-a-dog services, but there are numerous other examples. Specially trained guard dogs and hunting dogs are available in some areas for people who are unable to care for such animals year-round but need their special services on occasion. And in some Asian cities, such as Tokyo and Hong Kong, where it’s extremely difficult to find dog-friendly housing, rental services enable people to spend quality time with dogs.

Increasingly, animal shelters and pet stores are using dog rental (or loans) as a way of encouraging adoptions: people borrow pets for a few days, become attached to them, and decide to keep them. Conversely, many people who rent dogs do so in order to make sure the animals will fit into their households and lifestyles before making a permanent commitment. If you’ve lived with a dog for a week and find that it doesn’t get along with your other pets, bothers the neighbors with its barking, or causes a severe allergic reaction, it’s nice to know that you can return the dog with no leash attached, so to speak.

Many people, not surprisingly, think rent-a-dog programs are an atrociously bad idea. I’ve frequently read complaints to the effect that a dog is a living being, not an inanimate object like a car or a library book that can be passed from owner to owner without any ethical difficulty. Critics of dog-rental services worry that renters may not be trustworthy, that being handled by many different people can create stress and confusion for the dogs, and that dogs who are frequently rented out may have difficulty bonding with their owners. Some people go so far as to say that if you’re not willing to undertake the responsibility of full-time dog ownership, you have no business becoming a short-term steward either.

I certainly agree that dogs should not be loaned or rented out haphazardly; owners have an obligation to ensure that potential borrowers or renters can safely and responsibly care for the dog. But many owners hire dog walkers or dog sitters, or place their dogs in kennels when they’re out of town, so I think there’s a reasonable precedent for giving someone else temporary care of a dog—though, of course, some dogs are more amenable to this sort of lifestyle than others. Arguably, dogs may benefit from increased exercise and socialization with humans, as long as the rental periods are not too long or too frequent.

I have not yet found any programs that rent pets other than dogs. As a cat owner, I think cats would tend to be temperamentally ill-suited to such drastic changes. On the other hand, I certainly enjoy visiting bookstores where cats are available to sit on the laps of browsers. So here’s my idea: an internet café where you can rent a computer with a mouse for $10 an hour, or a computer with a cat for $15. Bring your own lap.

Note: This is an updated version of an article that originally appeared on Interesting Thing of the Day on November 23, 2004.