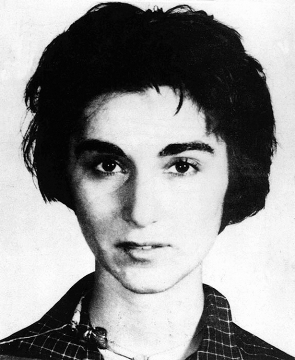 On March 13, 1964, a New York City woman named Catherine “Kitty” Genovese was raped and stabbed to death as she returned home from work late at night. According to a newspaper report published shortly thereafter, 38 people had witnessed some or all of the attack, which took place in two or three distinct episodes over a period of about a half hour—and yet no one did anything to stop it; no one even reported it to the police until the woman was already dead. Although the murder itself was horrific, the nation was even more outraged that so many people who could have helped seemingly displayed callous indifference. And so the failure of bystanders to intervene became known as “Kitty Genovese Syndrome”—or, sometimes, just “Genovese Syndrome” or “Genovese Effect.” Social psychologists sometimes call it the “bystander effect.”

Later analysis of the Genovese case would show that the media misrepresented the facts somewhat. It’s not as though 38 people stood calmly watching a brutal murder in broad daylight and simply went on about their business. This attack happened in the middle of the night when it was dark, most people were in bed, and no one had a clear view of the entire event. Some of the witnesses, for example, had merely heard yelling and thought it might have been nothing more than an argument. At least one person apparently did call the police immediately, but without realizing that the woman had actually been stabbed—so the police didn’t respond with any urgency. And perhaps, even if an ambulance had arrived five minutes after the initial attack, Kitty Genovese would still have died. Finally, there’s evidence to suggest that someone fabricated the number 38 and that the actual number of people who might have seen or heard part of the crime was somewhere between two and seven. So it’s plausible, at least, that this particular case was not an example of apathetic bystanders—and that Kitty Genovese Syndrome is a bit of a misnomer.

But it hardly matters what you call it or whether this single tragedy could have been mitigated. The bystander effect, by whatever name, is a very real and common occurrence.

The Victim and the Bystander

I’ve experienced it myself—both as a victim and as a bystander. In the late 1990s on my first trip to Costa Rica, I was walking alone in downtown San Jose. It was still light out, and I was in an area with plenty of pedestrian traffic. As I turned a corner, I noticed a group of young men gathered around an older man who was lying on the sidewalk. My first impression is that the old man was ill or injured and they were trying to help him. As I got closer, I saw that they were actually going through his pockets. My instincts said I should try to help the man, not run, so I kept walking toward them. But the next thing I knew, the young men jumped me. One squeezed his arm around my throat, making it impossible to breathe or call for help. The rest of them took my watch, wallet, passport, and anything else of value they could find. I felt pretty sure at the time that I was going to die. But then they threw me down in the gutter and ran away. When I finally staggered to my feet, dazed and bruised, I looked around and saw lots of people walking down the street—maybe glancing curiously at me, but otherwise seemingly indifferent. The muggers clearly had known they could count on the public not to get involved.

I managed to convince a couple of people to help me, and they pointed out some police standing about a block away. The police searched the area and found my passport, hotel key, and a couple of other items (though not, of course, my money). Then they drove me back to my hotel. I was extremely shaken up, and had to make several phone calls—to Morgen (my girlfriend at the time), to my mom, and to the bank to cancel my stolen credit cards. My room didn’t have a phone, so I called from the lobby. While I was on the phone, the desk clerk called out to me for help. “That woman just stole my leather jacket and ran out!” she said. So I put down the phone, ran out of the hotel and down the street, confronted the thief, and retrieved the stolen jacket. In retrospect, I can hardly believe I did that. Even having been through what I’d just experienced, I am not normally one to get involved. I think the reason I did was that the clerk asked me personally and specifically for help.

The Pot and the Kettle

In the years since, I’ve encountered a few other situations in which I might have been able to help someone in trouble, but didn’t. When I see or hear something happening—or possibly happening—I feel confused, afraid, frustrated. Maybe I don’t understand what’s really going on. Maybe the person isn’t in danger at all. Can I do anything about it if they are? What about my own safety? Surely one of these other bystanders is better qualified to help. Surely someone else has called the police. And then, having stood there doing nothing while everyone else was thinking the same thing, I feel tremendous guilt. By my inaction, I’ve just experienced the Kitty Genovese Syndrome.

As I’d discovered in that San Jose hotel lobby—and earlier, just after I was mugged—crowds of people are much less likely to intervene than individuals, especially if those individuals are asked directly for help. This is the crux of Kitty Genovese Syndrome: a kind of mutual buck-passing that occurs within a group when no one emerges automatically as the “right” person to help. Everyone assumes that someone else will be the one to help. Although fear for one’s safety often plays a part, that fear shouldn’t prevent someone from, say, making a phone call. No one, of course, wants the inconvenience of being dragged into someone else’s problem. But I think nearly all of us would be willing to endure some inconvenience to save a person’s life. What makes Kitty Genovese Syndrome so insidious is that the apparent strength in numbers is actually a weakness that discourages any individual from taking on personal responsibility to intervene.

When I saw the film Hotel Rwanda, I left the theater very upset. The genocide in the early 1990s that left 800,000 Rwandans dead occurred with very little intervention from either those within Rwanda or the international community—a profound example, as several commentators have pointed out, of Kitty Genovese Syndrome. I simply couldn’t fathom that anyone could know what was going on and do nothing. And yet, paradoxically, I can imagine no other response—with so many other people in the world, surely this must be someone else’s problem. Someone wiser, more powerful, or closer to the situation. What could I have done anyway? I have my own problems. But then, so does everyone else.

There’s no cure for this problem. Even knowing about this effect as I do, chances are, I’ll someday be an unhelpful bystander once again. But just maybe I’ll have the presence of mind to realize that the person best qualified to help is the one willing to take action in the face of confusion and doubt.

Note: This is an updated version of an article that originally appeared on Interesting Thing of the Day on March 29, 2005.