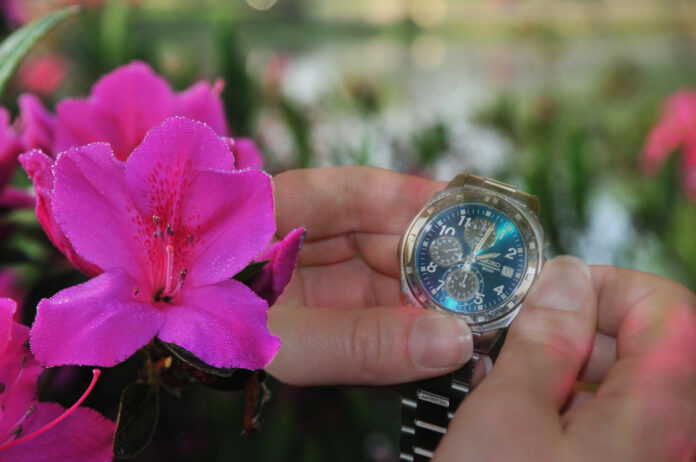 Ah, the time to spring forward has arrived again. It seems like barely four months ago that we were all falling back, and I was grateful that I could enjoy an extra hour of sleep for one night. And now, just like that, I have to return that borrowed hour this weekend. Spring may be nearly here, but somehow I’ve never been able to reconcile the joyful notion of going “forward” with the reality of losing an hour of my day.

A reader once sent me an email that said: “Falling back can also be related to what, coarsely, in Scotland is called a woman with round heels.” What a great euphemism! (For those who need to have it spelled out: “round heels” implies someone who is prone to supineness—sorry, I couldn’t resist—hence, metaphorically, a woman of loose morals.) I imagine “falling back” could also be extended to someone who is drunk, narcoleptic, or just extremely tired. How curious that on the day we spring forward we should all be less well-rested, and thus more prone to falling back!

The Arrows of Time

I am speaking, of course, of the beginning of what is known in North America as daylight saving time, or DST for short (and not, according to a common misconception, daylight savings time). In Europe, this period begins and ends on different dates and is simply called “summer time.” Many other localities around the world make similar changes to their clocks, on various dates and under various names. But there are exceptions. Even in the United States, Hawaii and most of Arizona don’t participate in daylight saving time, nor do American Samoa, Guam, Puerto Rico, or the Virgin Islands. And my wife reminded me that Saskatchewan, Canada, where she grew up, also shuns DST. Thus begins an annual eight-month period of having to recalculate time zone differences, which are confusing enough already, when planning travel or phoning friends in another part of the world. Who is to blame for this madness?

Well, you could blame Edison, who brought us all the electric light bulb, or his archrival Tesla, who pioneered alternating current electricity. Or the public utilities, or the producers of coal, oil, and natural gas. Or yourself, if you’ve ever complained about your electricity bill. One of the major motivations for daylight saving time was to reduce the consumption of fuel used to create electricity. The logic was that if we can artificially make it stay light one hour later, we’ll stay outside longer or at least use less electricity once we come inside for the night, because there will be fewer hours of darkness before bedtime.

Early to Bed, Early to Rise?

The name “daylight saving time” implies that to sleep while the sun is shining is to “waste” valuable time; being active while the sun is up saves (or, shall we say, makes best use of) time. I take exception to this claim: I do most of my best work after dark, and I quite enjoy sleeping while the sun is shining—the sun, after all, has nothing in particular to do with my profession. But people who really prefer to be awake when the sun is up could simply arise an hour earlier in the summer. So yes, they’d still have to change their alarm settings, but at least it would become a matter of personal preference rather than law.

The first experiments with DST occurred during World War I—in Germany, the UK, and the United States. It was unpopular in the United States but made a reappearance during World War II, as a way of saving fuel. It was repealed again following the war. For two decades, DST was applied unevenly by some localities but not others. As a way of resolving the chaos, the U.S. Congress passed The Uniform Time Act of 1966, which stipulated that DST would run from the last Sunday of April through the last Sunday of October (though states could vote to opt out of observing DST, and some did). During the 1970s, the law underwent several other changes. For example, in 1974, daylight saving time in the U.S. began in January in response to the energy crisis—I remember going to school in the dark that winter and finding it quite strange. In 1986, the Uniform Time Act was amended again, moving the start of DST up to the first Sunday in April. Starting in 2007, DST in the United States was changed again to begin on the second Sunday of March and end on the first Sunday of November.

There is a movement afoot to end DST in the United States, and it’s rapidly gaining steam. The supporters’ arguments are that contrary to expectations, DST results in disrupted sleep patterns, more traffic accidents in the mornings, inconvenience for farmers (who must set their schedules according to the sun, no matter what the clock says), and needless confusion for all concerned—without, they claim, providing any appreciable energy savings, given our modern lifestyles and schedules.

One bold proposal is to conflate the two westernmost time zones (so that the west coast would, in effect, always be on daylight saving time and the mountain region would always be on standard time) and also conflate the two easternmost time zones. The result would be just two (rather than four) time zones across the continental United States—and no one would ever have to change a clock. I think this is a brilliant idea, and therefore one that will never work. Americans, in my experience, embrace adversity (and not in a good way).

Other ideas are more likely to take hold, even though they’ll be more complicated. Several states (including California) have either already passed or are considering legislation to stay on daylight saving time permanently; once any such legislation passes, it must be approved by the federal government before it could take effect. Other states (including most of New England) want to achieve the same end by different means—shifting one time zone to the east (Atlantic time) and then opting out of DST. Then there’s Texas, Oklahoma, and Kansas, which are all trying to switch to standard time year-round. If all these states have their way, fewer people will have to change their clocks, but we’ll also have much more confusion and less uniformity across the country. (My personal opinion: this abominable practice of adjusting clocks must end, and if it takes wacky time zones to make it happen, that’s a small sacrifice.)

But the real folly, in my opinion, is that we consider daylight saving time, which lasts eight months, nonstandard, while “standard” time lasts only four months. If we must change our clocks, let us at least do it with logic and honesty. Let’s rename the period from November through March “Daylight Squandering Time” and declare the rest of the year “standard” time. I’ll bet Saskatchewan would sign up for that.

Note: This is an updated version of an article that originally appeared on Interesting Thing of the Day on April 2, 2005.