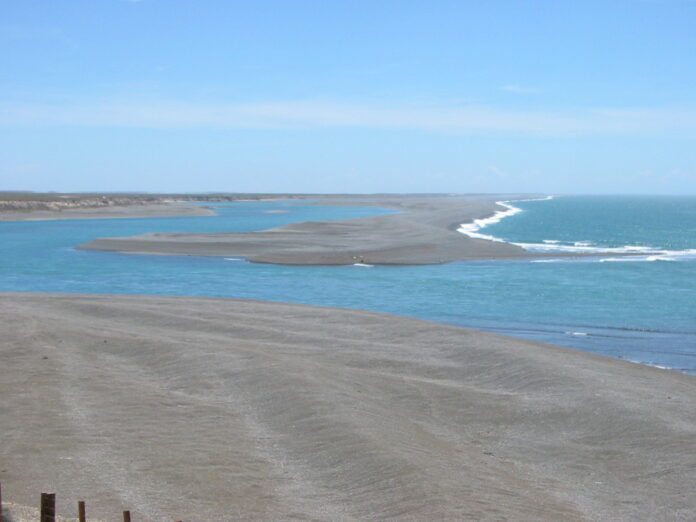 The Argentinean portion of Patagonia comprises five provinces, of which the northernmost one is known as Chubut. You have to fly about two hours southwest from Buenos Aires to get there, yet it’s still over 1,000km (about 600 miles) from the tip of the continent—just barely into Patagonia when you consider its overall scale. This impossibly dry, windy, and desolate area is as far south as Paul Theroux got in The Old Patagonian Express. He felt he was nowhere, and it was here that he experienced his much-quoted epiphany that nowhere is a place. Although I was to discover a much more varied and inviting landscape a few days later as we traveled deeper into Patagonia during a trip there in 2004, I have fond memories of the quiet, empty, and rugged steppes of Chubut.

Wonders Around Every Corner

Our guide had arranged for us to spend an entire day visiting one of the region’s most popular areas, Peninsula Valdés, a provincial park that is home to more wildlife than you can shake a camera at. This peninsula is really more like a large island connected to the mainland by a narrow isthmus. In certain seasons—though not when we were there—whale watching is the peninsula’s big industry, as migrating southern right whales and orcas frequent the waters just off the coast. We did see plenty of elephant seals and sea lions and a variety of birds, not to mention an astonishing number of sheep. But the thing I found most interesting on Peninsula Valdés was the view from a rest stop.

We had been driving for quite some time through an endless expanse of Nowhere on our way from Somewhere to Somewhere Else. We had a schedule to keep, but we could afford perhaps 15 minutes for a quick rest stop. As we pulled into a restaurant’s parking lot, our guide mentioned that if we walked down this trail to the right, we could see (still more) elephant seals; if we took the trail to the left, we’d be able to see a most unusual sight known as Caleta Valdés, or Valdés Creek. The left-hand trail was a 15-minute round trip, which meant that we were supposed to choose between using the restrooms and beholding a natural wonder. I opted for a hasty restroom visit and a jog down the trail on the left.

What we saw from an overlook at the end of the trail was a long, thin strip of land—basically an overgrown sandbar—running parallel to the coast. At the far end, about 30km (20 miles) north, this strip of silt is connected to the peninsula. Here, at the southern end, is the only inlet to the so-called creek—a channel about 150m (500 feet) wide. A couple of decades ago, the channel was 600m (2000 feet) wide, but it’s been shrinking ever so slowly. The strip of land that separates the creek from the ocean, known as a coastal cord, tends to trap a bit of sediment every time the tide goes out. For years, observers have predicted that it will close up entirely “any day now.” They were saying that back in 2004 when I visited, but (based on the most recent satellite images I could find) it hasn’t closed up yet. If it ever does, and if no other outlet forms, Caleta Valdés will change from a creek to a salt lake. Given the shallowness of that lake and the area’s extremely low humidity, it could dry out completely in several more years. But for all I know, this geological feature could persist indefinitely.

In any case, this accumulation of silt makes Caleta Valdés the only spot on the continent where the coastline is growing; everywhere else it’s either being eroded slowly away or receding due to rising ocean levels. It’s almost as though this little strip of land is thumbing its nose at continental drift, growing out toward the east as the whole continent slips slowly westward. This small wonder was well worth an abbreviated rest stop.

Note: This is an updated version of an article that originally appeared on Interesting Thing of the Day on January 25, 2005.