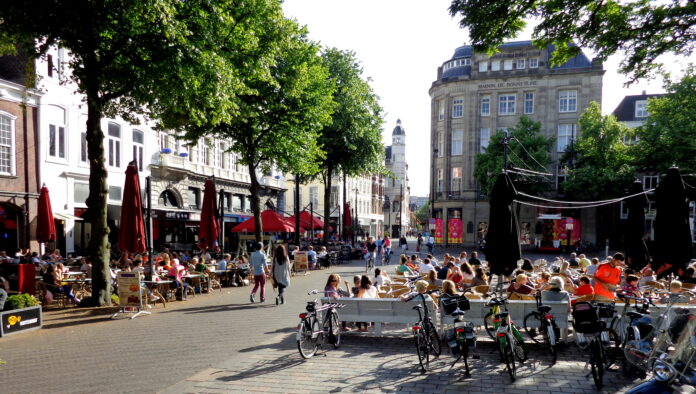 I’m sure that without too much effort, I could write a book of stories about all the misadventures I’ve had with cars in my lifetime. Cars that have broken down at inconvenient times and places. That used-car salesman who swindled me. Mechanics who couldn’t diagnose a simple problem after weeks of trying and many hundreds of dollars spent. Accidents. Wrong turns. Break-ins. Traffic jams. Leaky roofs. Road rage. Running out of gas. Parking tickets. Getting towed. Car payments and insurance so high I could barely pay my rent. The time I got hit by a car while walking across a city street because a driver was playing with his cell phone instead of watching the traffic light. Or the time, when I was living in Texas, that I urgently needed to conduct a transaction at the bank after the main lobby had closed. The drive-through teller window was open late, but I didn’t have a car at the time. I walked up to the window and the teller yelled at me, insisting that it would be an egregious violation of bank policy to serve a pedestrian.

I think just about everyone who has driven a car for more than a couple of years has plenty of stories like these—stories about cars that get our blood boiling. Stories that almost make us say, “Forget it, I’m getting rid of my car.” Almost. But despite the fact that the costs of cars, gasoline, insurance, and maintenance are on the rise, despite decreasing gas mileage and increased pollution, despite every frustration they’ve ever caused, the vast majority of us would no sooner part with our cars than quit our jobs. We hate them and yet we love them, because we need them.

And yet…some of us don’t. I, for one, lived contentedly without a car for about 10 years altogether—mostly while I was in San Francisco and Paris. (Of course, public transit is good in those places, I worked from home, and I could conveniently rent a car when no other option was suitable. Needless to say, this sort of lifestyle wouldn’t work for everyone.) Then there are people who live in cities that are mostly or entirely car-free. Venice is usually the first example mentioned—a place where there is simply nowhere to put roads. Although such cities are few and far between, wherever historical, architectural, or topographical considerations make it impossible for a city to accommodate cars, the residents always seem to adapt, to find other ways to get where they need to go—or to bring the things they need closer to them.

According to J.H. Crawford, author of the 2002 book Carfree Cities, a well-planned urban environment that’s carefully engineered to avoid the need for cars has many advantages besides saving its residents money. It’s quieter, cleaner, safer, more conducive to exercise and human interaction, and for a long list of other reasons, a happier and more peaceful place to live. Citing numerous examples of car-free areas, particularly in Europe, Crawford makes a persuasive case that as long as folks can get where they need to go, when they need to get there, the seemingly retro life of a pedestrian is an idyllic possible future for many urban dwellers. In a city designed according to Crawford’s plan, every resident’s basic needs would be available within a five-minute walk, and any point in a city—even one with a million people—would be reachable from any other point by public transit within 35 minutes.

Putting the Brakes On

As someone who has greatly enjoyed living without a car when feasible and visiting several car-free towns, I think the notion of building an entirely car-free city is splendid. But maybe I’m just a sucker for lost causes. The barriers to accomplishing such a thing are considerable, to say the least.

For one thing, an ideal implementation of Crawford’s design would require a new city to be built from scratch; retrofitting an existing city with the necessary infrastructure to avoid the need for cars is a shockingly difficult proposition—not only because of the sheer amount of work required, but because it can be tough to convince existing car owners to part with their vehicles, no matter how convenient life could be made without them. For another thing, residents would have to trust all their transportation needs to the city government or designated private enterprises. What if the bureaucracy running the city’s transportation system becomes corrupt? What if transit workers go on strike? What if a massive power failure, terrorist attack, or civil uprising makes it impossible to get around? These and many other “what ifs” would require some pretty convincing answers if hundreds of thousands of people were to accept the idea as reasonable.

On the other hand, it’s not as though Crawford is a lone voice in the urban wilderness. There’s a large and growing international carfree movement, which, in addition to promoting the notion of car-free places (of which there are already many), encourages the use of bicycles and improved public transport. Around the world, numerous cities have already gone car-free or are moving in that direction.

Although I routinely go days at a time without driving, the realities of life in my San Diego neighborhood and the needs of my two young kids make a car-free life infeasible for me right now. (For example, it’s frequently the case that places we can get to by car in 10 minutes would take an hour and a half by public transit.) I don’t know whether I’ll ever be fortunate enough to live in a car-free city, but if and when the time comes for us to move, the ability to get around mostly or entirely without a car will certainly be a major factor in choosing our new home.

Note: This is an updated version of an article that originally appeared on Interesting Thing of the Day on November 19, 2004.