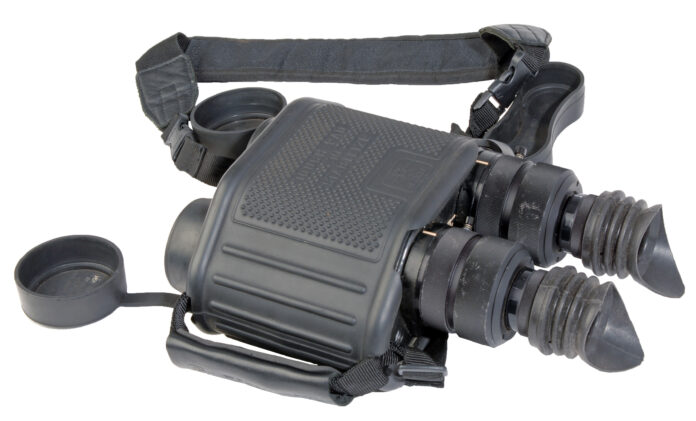 When I got married, my wife gave me a wonderful wedding present: a pair of binoculars. I don’t recall ever having said, “I sure wish I had binoculars,” but I couldn’t have been more delighted at her choice. I remember having two distinct thoughts about the gift: first, that this woman must know me awfully well to discern that this is the kind of thing I’d think is not merely cool, but perfectly appropriate as a wedding present; and second, that I now had the ability to see things at a distance. This latter point is not as trivial as it sounds. I have pretty good eyesight, but whether I’m at a concert or play, or on a street corner in a strange city trying to get my bearings, it seems that I’m always about 20 meters too far away to make out the significant details of whatever I’m looking at. For some reason, it had never seriously occurred to me to solve this problem by investing in a pair of binoculars, but now that I unexpectedly had the ability to see things farther away than normal, I found myself excited by the possibilities it would open up.

I am not exactly the target audience for most binoculars—which is to say, I’m not into hunting, boating, bird watching, professional sports, amateur astronomy, or voyeurism. That said, I do find it quite handy to be able to get a closer look at a variety of things on occasion, and looking through binoculars has the curious effect of always making me wish I could see just a little closer still. In other words, if the binoculars reveal that the blur in the distance is in fact a bus, I inevitably wish they magnified the image slightly more so that I could read the number that would tell me if it’s the bus I’m waiting for. Unfortunately, if my wife had bought me binoculars with higher magnification, it actually would have worked against me. The facts of geometry being what they are, small hand movements are amplified dramatically when you’re looking at something far away, so that in most cases, magnifications of greater than about 8x require a tripod to steady the binoculars if they’re going to be useful.

This problem did not go unnoticed by the military and the space program, both of which had excellent reasons for needing high magnification, and both of which tended to use binoculars in intrinsically unstable locations where a tripod wouldn’t have done much good—on a rocking boat, a moving truck, or a spacecraft, for instance. And so a solution was developed, in typical military style: robust, but heavy, expensive, and awkward. The solution was basically to outfit the binoculars with a gyroscope, whose centrifugal force kept the entire unit relatively steady. Although this did in fact provide a more stable image at greater magnifications, it added significant bulk and weight, used a lot of power, and also required a bit of time for the gyroscope to spin up before the image steadied.

Meanwhile, an entirely different industry was working on a solution to a similar problem. As consumer video cameras became smaller and lighter and turned into camcorders, and as camcorders acquired ever-longer zoom lenses, it became increasingly difficult to create quality home movies of things far away using a handheld device. Clearly, consumers who want a lightweight, pocket-sized device are not going to accept a gyroscope any more than bouncy images, so a different tactic was needed.

You might be thinking: big deal; my smartphone has been able to do this for a long time. Sure, but between your smartphone’s camera and digital display is a fancy microprocessor, along with software that can digitally compensate for shaking in real time. Since binoculars are (generally) optical, not digital, those tricks can’t be used. So how do they do it in purely optical devices?

Let’s Do the Twist

The innovation camcorder makers came up with was this: instead of stabilizing the entire device, simply stabilize the portion of the optical system inside that actually mattered. A number of different and clever solutions to this problem were developed and later modified further so they could be applied to binoculars as well. The result is that several different manufacturers now make high-power binoculars that will give you, at the touch of a button, a frighteningly rock-solid image.

One approach was simply to shrink down the gyroscopes that had been used to steady the entire binoculars of early designs, and use them just to steady the prisms (the parts of the optical path that flip over the image so that it’s right-side-up). This is reasonably effective, but still requires a fair amount of power and adds considerable bulk and weight. This method is used by Russian brands Peleng and SIB. Fujinon uses a variation on this approach, which instead of stabilizing the prisms directly with gyroscopes, incorporates much smaller gyros along with solid-state vibration sensors to feed data to a microprocessor, which then directs tiny motors to reposition the prisms.

An even higher-tech approach by Canon does away with gyroscopes altogether. Early Canon models used a set of motion-sensing devices called accelerometers to measure the unit’s movement, and then handed the data to a microprocessor that determines whether it was intentional movement or not; based on the processor’s decision, it adjusted the angle of the glass faces on a unique, water-filled flexible prism. Later Canon designs instead adjust the angle of a single element within the lens barrel on each side, which has the same effect but requires less power, size, and weight.

All of these approaches, while roughly equal in effectiveness, still require batteries, which may last as little as two to six hours in constant use. An alternative design is all-mechanical. It basically mounts weighted prisms in a special gimbal—a mechanical assembly that allows them to tilt freely in any direction—without any help from gyroscopes, motors, or microprocessors. Carl Zeiss stabilizing binoculars use this approach.

The Cost of Stability

Image-stabilizing binoculars (also known as “image stabilization” or “image stabilized” binoculars) can give you a steadier image at up to 20x magnification than ordinary binoculars will give you at 7 or 8x. But this marvelous technology doesn’t come cheap. A quick survey of a number of different models showed prices ranging from as little as US$300 for an 8x Canon model to $9,000 for a top-of-the-line 20x Zeiss. They are also, without exception, quite a bit heavier than their conventional counterparts—regardless of which technology they use. But apart from their obvious utility to lovers of nature, sports, or live music, they are just plain cool. When I tried a couple of models out in a store, I was simply amazed at the nearly magical effect. Alas, my gadget budget cannot currently accommodate such a luxury, but give me a nice solid 16x model with a built-in compass, rangefinder, night vision, and hi-res digital camera for about $500 and I’ll be happy to hand over the plastic. I’m sure it’s only a matter of time.

Note: This is an updated version of an article that originally appeared on Interesting Thing of the Day on June 6, 2003, and again in a slightly revised form on November 9, 2004.