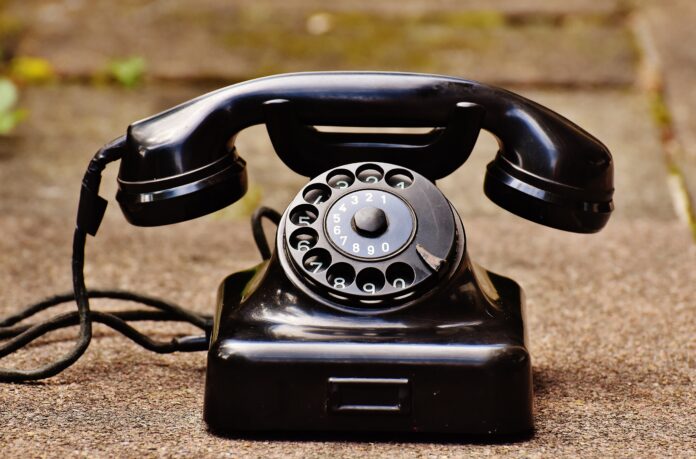 In the autumn of 2000 I went on honeymoon to Somerset—a beautiful rural region in the south-west of Britain. Unfortunately, our trip coincided with widespread fuel blockades, and many petrol stations had run dry. We had enough fuel to drive to Somerset, and enough to get back, but very little to spare for travelling around during our stay. This didn’t bother us too much (we were planning to do a lot of walking anyway), but when the weather was bad it presented a bit of a challenge. On one particularly drizzly day, we found a flyer for the Bakelite Museum. I think that the unspoken thought in both of our minds was, “It will probably be a bit boring, but at least it will be dry.” As it turned out, we were utterly wrong about the appeal of Bakelite: it’s fascinating stuff.

Around the turn of the 19th century, some plastics were already in use. Early plastics were not wholly synthetic, even though that’s how we think of plastics today. Instead, they were formed from a mixture of synthetic and organic compounds. The realisation that natural materials like ivory, horn, and tortoiseshell were becoming scarce because of over-exploitation prompted chemists to search for synthetic alternatives. Cellulose nitrate (more commonly known as celluloid) was the first commercially successful product, and was developed by the British inventor Alexander Parkes. Produced by reacting cellulose (the organic part derived from plant cell walls) with nitric acid (the synthetic component), celluloid was a very adaptable material. It was thermoplastic, meaning that it could be moulded into almost any shape with the application of heat and pressure. It could also be coloured with dyes and pigments so that the products did not need to be painted, and had a tough, durable finish. Celluloid was soon being used to replace ivory in objects like billiard balls, but there was one big drawback; celluloid is highly flammable and sometimes explosive. An enthusiastic break in billiards sometimes resulted in exploding balls—something that in my opinion would considerably improve its appeal as a spectator sport today. Early celluloid cinematographic film also had the tendency to burst into flames, burning down cinemas and causing problems even today for the conservation of early films. This also meant that celluloid was useless as an electrical insulator, something that was becoming increasingly sought after as the early electrical industries flourished.

The compound used for electrical insulation at the time was shellac. This was a lacquer manufactured from the resin secreted by a small south-east Asian insect, Laccifer lacca. It was a labour-intensive and expensive process, requiring around 300,000 insects to produce 1 kg (about 2.2 lb) of shellac. With the new electrical industries booming, supply was not keeping up with demand. Chemists around the world began to see that anyone who developed a synthetic substitute for shellac would become very rich.

Leo Baekeland (1863–1944) was a Belgian inventor who emigrated to the United States in 1889. He had developed (pardon the pun) a photographic paper called Velox which could be exposed using artificial light rather than sunlight, giving photographers much greater control over the process. He sold the full rights to Velox to George Eastman of the Kodak corporation in 1899 for a staggering US$1 million, and used the money to set up a laboratory in Yonkers, New York. There, he worked on the “synthetic shellac” problem. He had an idea that the reaction between phenol (derived from coal tar) and formaldehyde might be promising. The German chemist Adolf von Baeyer had already noted that such reactions resulted in a sticky substance that he dismissively called Schmiere (“goo”). Von Baeyer’s interest was in dyes rather than insulators (he won the Nobel Prize for Chemistry in 1905 for his synthesis of indigo), but Baekeland saw the potential of the “goo.” He experimented with different combinations of the raw products subjected to heat and pressure in an iron pressure cooker he invented called a ‘bakelizer,’ and finally found the magic combination in 1907.

Bakelite turned out to be extraordinarily versatile. It was a thermosetting plastic, which meant that once heat and pressure had been applied to mould the material into a particular form, it could not be reversed. It would not burn or melt (which made it a great insulator), nor could it be readily dissolved with the common solvents or acids of the time. If ‘fillers’ like fine sawdust or other fibres were mixed in before the mixture was set, the resulting Bakelite could be as strong as wood or even steel. It could be moulded or carved into almost any shape. Early Bakelite made with phenol tended to be dark brown or black, but a later process combining urea and formaldehyde produced a colourless resin which could be dyed with bright colours. The colourful age of plastics had begun.

The Age of Design

Bakelite enabled a new era of mass production. The moulding process meant that—while the initial investment in making the mould was very high—each item produced in the mould could be made relatively cheaply. The maximum return on the investment could be gained by producing as many items from the same mould as possible. At the same time, design became an important element in the marketing of products. The products were cheaper and the appearance of an item became as important in convincing customers to part with their money as its function. The Art Deco style of the 1920s and 1930s, with its sweeping curves and bold, geometric designs, was perfect for Bakelite. Almost anything that you can imagine being made of plastic today would have been available in Bakelite, but radios, telephones, clocks, jewellery, kitchen utensils, cameras, combs, and brushes were particularly popular. The new, colourful, glossy materials developed in symbiosis with the Art Deco style to form a confidently modern style, quite different from anything that had been seen before.

Bakelite was eventually superseded by newer plastics which were less brittle and cheaper to produce, but you can still find Bakelite items in many places today. Wandering around the Bakelite Museum was like seeing the distilled essence of five decades. The museum was packed with household objects of every kind from Bakelite condiment sets to an extraordinary Bakelite coffin, and I kept recognising things from my grandmother’s house. In particular, a set of fluted egg cups in 1950s pastel colours took me right back to having breakfast at my grandmother’s when I visited for the weekend as a child. All that nostalgia from something that starts off as sticky goo.

Editor’s note: As of early 2019, the Bakelite Museum is temporarily closed for relocation.

Note: This is an updated version of an article that originally appeared on Interesting Thing of the Day on May 2, 2005.