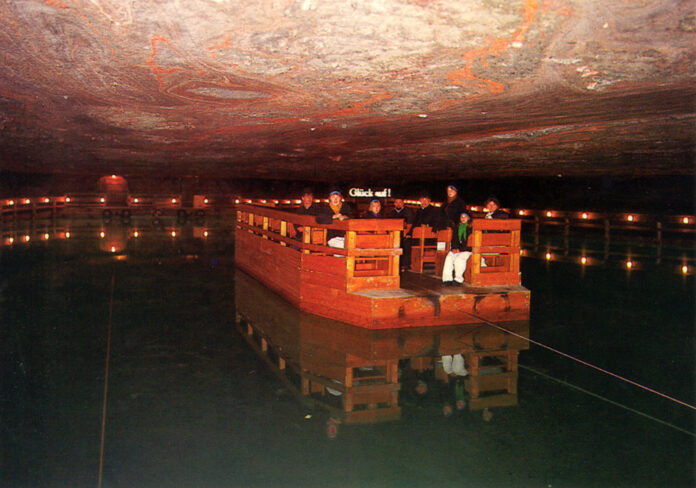 Nowadays, we take salt for granted. Sold for a pittance, the most common of spices, we think of it as an everyday thing, when we think of it at all. It wasn’t always so. In fact, great empires and fortunes rose and fell according to its supply. It is hard to imagine a modern war being fought over salt. But consider these historical events, as recounted in Margaret Visser’s Much Depends on Dinner:

Morocco fought Mali in the sixteenth century for the mines of Taoudeni; the Venetians, whose salt interests are an historical study in themselves, destroyed Comacchio in the tenth century and the salt gardens of Cervia in the fourteenth; pirates throughout the centuries ambushed and raided the slow heavy convoys of salt ships.

There are plenty of other examples—all of which seem outlandish to us today, considering that the biggest battles fought over salt have to do with whether it should be spread over icy roads in winter. Salt has lost its nobility, its historical power—but from the salt-starved Vikings to the salt-greedy Romans, salt has played an important role in human history.

Nowhere does this seem more obvious than in the salt-rich environs of eastern Bavaria and western Austria. The de facto capital of the region, Salzburg (or “salt town”) was built by its first archbishop in the eighth century with profits from salt mining, but the practice of salt mining goes back even further, to the civilization of the early Celts. In his book Salt: A World History, Mark Kurlansky describes the discovery by local salt miners in the 1600s of a “perfectly preserved body, dried and salted ‘like codfish,'” believed now to date to 400 BCE. Dressed in colorful fabrics, this “saltman” and two others like him were found with the tools of their trade near them, proof of an ancient salt mining culture.

Salt of the Earth

This salt mining tradition continues in the modern salt works along the German/Austrian border, and it’s possible to experience some of what those ancient miners might have felt, deep in the mountains of salt. Founded in 1517, the Salzbergwerk Berchtesgaden (“Berchtesgaden salt mine”)—located near Salzburg but on the German side of the border—once entertained only aristocratic visitors, but now welcomes the public to its underground facilities and caves. Berchtesgaden, linked in the public imagination with Hitler’s southern headquarters (although they were actually located at Obersalzberg, a small settlement further up in the mountains) is a town that developed in proximity to the Augustinian monastery that owned the Salzbergwerk. In the early 1800s the monastery was converted into a palace for the Wittelsbachs, rulers of Bavaria at the time, and the entire area became associated with this colorful family.

Still operational, the Salzbergwerk is a fascinating place to visit. When I was there years ago, we were given the traditional leather vests and helmets of the miners to wear (now visitors sport sturdy coveralls), making you feel as if you are a miner yourself. This sensation is heightened when, after a short train ride, you are asked to slide down a wooden chute into the mine itself, just as the miners would do.

The most memorable part of the tour for me was gliding across a large underground lake on a wooden platform boat, an experience that was both beautiful and eerie. I was wowed by the size of the lake, and also slightly disconcerted by the oppressive nearness of the stone “ceiling.” It was definitely not something you see everyday, unless you happen to be a Bavarian salt miner.

Returning from the depths of the mine, it was hard to think of salt the same way again. It is, after all, the only rock that we eat, and with thousands of tons of it looming above your head, you don’t immediately think, “pass the salt.” Vital to the functioning of our vital organs, we would die without salt, yet we live in a salt-glutted world, so much so that we are told to reduce our intake, for the sake of our health.

In their song “NaCl (Sodium Chloride),” folk singers Kate and Anna McGarrigle make a case for the worthiness of salt. Describing the meeting, mating and melding of a sodium atom and a chlorine atom in the primordial sea, they ask us to “Think of the love that you eat, when you salt your meat.” Silly, meant to be taken with a “grain of salt,” yet it expresses the mystery of salt, the serendipitous compound that protects our cells, and fills the ocean.

Note: This is an updated version of an article that originally appeared on Interesting Thing of the Day on August 28, 2003, and again in a slightly revised form on November 28, 2004.