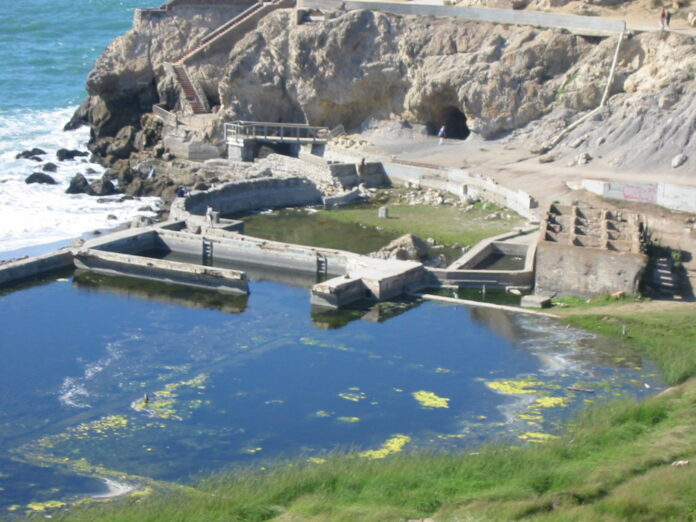 At the intersection of the Boulevard St. Michel and the Boulevard St. Germain, in the heart of Paris’s Latin Quarter, stands a ruin of brick and stone walls, vaguely recognizable as rooms or chambers. This spot was once the site of Roman public baths, a place of leisure for local residents in the first to third century CE. These baths were destroyed in the third century, and the property was later bought in 1330 by the Abbot of Cluny, who built a new structure alongside the ruins. During the French Revolution, the property passed out of the church’s hands, and had various owners (one of whom covered the bath ruins in six feet of soil) before being bought by Alexandre du Sommerard, a collector of medieval antiquities. Today, both of these sites are part of the Musée National du Moyen Age, a museum dedicated to the arts and history of the Middle Ages.

Besides the relative novelty of visiting ancient (and surprisingly intact) Roman ruins amidst the hubbub of a 21st-century city, the baths give a fascinating insight into Roman culture. These baths consisted of a series of pools: the tepidarium (lukewarm), caldarium (hot), and frigidarium (cold). Guests normally moved from the lukewarm pool to the hot pool, then to the cold before retiring to rooms designed for socializing with other guests. Roman baths of this type were open to everyone, and were an important part of life in ancient Roman towns.

Almost two thousand years later, in 1896, San Francisco entrepreneur and mayor Adolph Sutro opened his own public baths, albeit on a much grander scale. At the time, Sutro owned almost 1/12 of the land in San Francisco, and he decided to build his baths on part of that property, near his own home on Sutro Heights. Built to house 25,000 bathers, the three-acre complex included three restaurants, an amphitheater, an outdoor tide pool, and five saltwater pools of various temperatures—a design similar to the Roman baths. These pools were filled and emptied by the movement of the tide, the sea water moving into and out of the pools through a large tunnel.

Sutro conceived of the baths as a benefit to the public, much as the Roman baths were intended for everyone. In fact, when he learned that train operators were charging seaside visitors two fares to reach the baths, he built his own rail line to bring people there for the price of one 5-cent fare. This was in keeping with Sutro’s general concern for the public welfare; in 1869 he successfully agitated for the construction of a tunnel linking various Comstock Lode mines in Nevada to ensure better working conditions for miners (although he did also benefit financially from the completion of the project).

After its heyday in the first half of the 20th century, the baths fell into disuse, and in fact were in the process of being demolished when a fire gutted the property in the 1960s. This left a sprawling mess of concrete foundations and melted metal. These ruins became part of the Golden Gate National Recreation Area in 1973. By the time I first visited the site, in the 1990s, it looked incredibly aged, its former bathing pools choked with algae, and its metal pilings eaten away by the tide. But despite this decay, or maybe because of it, the scene was incredibly picturesque, with a gorgeous view opening out onto the ocean, and white calla lilies dotting the upper slopes of the property. At the time I didn’t know the history of the place, but was fascinated by its glorious state of decay.

After visiting the Cluny baths in Paris, I immediately thought of the Sutro ruins, and was surprised to realize that the Sutro Baths appealed to me on the same level as the Roman baths, despite having been built almost two thousand years later. There is something mysterious and melancholy about any place that has outlived its use, and a modern visitor is similarly drawn to imagine what it once was like, whether it has been abandoned for a hundred or a thousand years. On the one hand, this shows the limits of human memory, that anything that occurs before our lifetimes seems foreign and unknowable, but on the other, it highlights our own sense of mortality, and the hope that our works will be remembered and wondered over when we are gone.

Note: This is an updated version of an article that originally appeared on Interesting Thing of the Day on September 5, 2003, and again in a slightly revised form on January 16, 2005.