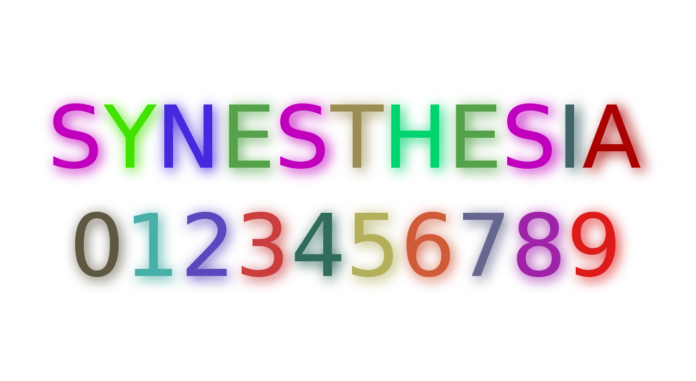 I have always enjoyed finding (or making) connections between things that don’t seem to go together. So I have a special fondness for metaphor—especially when it’s indirect and novel. A number of years ago, a friend suggested we go out to dinner together. I asked what kind of place he had in mind, and he said, “Oh, I was thinking we’d go to a green restaurant.” I didn’t know what relevance a restaurant’s color could have, and the usual metaphorical meanings of green (“environmentally sensitive,” “inexperienced,” “nauseated,” etc.) didn’t seem to apply. Noticing my confusion, my friend explained his unusual usage of the term. “There’s a class of restaurants,” he said, “whose décor consists mainly of antiques hung on the walls and brass railings. There’s always a central bar, a lively atmosphere, pub-style food, and an excessively cheerful wait staff. You know the type—T.G.I. Friday’s, Chili’s, Bennigan’s, Applebees…” I nodded. I knew the type. He continued, “These restaurants also typically have green awnings. Thus: ‘green restaurants.'” Ever since then, I’ve referred to this class of restaurants as “green,” even when the awnings are red-and-white striped, when there are no awnings at all, or when other details differ from the canonical example. I like that description, because it’s the most compact way I can think of to describe that type of restaurant.

That Name Rings a Bell

For some people, though, the word “restaurant” may literally cause them to experience the color green—or a particular texture, smell, or taste. This is just one example of a phenomenon known as synesthesia, in which senses blend together or trigger each other in one way or another. In one of the more common forms of synesthesia, a given letter or number invariably appears to be a certain color. In other cases, a certain kind of sound may cause someone to see a color or experience a tactile sensation, or a texture or color may provoke the experience of a taste.

There are at least 50 different types of synesthesia, involving various combinations of senses both as the triggering stimulus and the secondary response. Some forms of synesthesia are experienced as multiple modalities of a single physical sense. For example, seeing a number might evoke a certain color for one synesthete, while in another person the same number might cause a different visual sensation, such as a pattern or shape. One sense may also trigger another, as in a tactile sensation that has a taste. But not all synesthetic experiences are restricted to the five senses. In some synesthetes, a word or sound might evoke a sensation of motion, or even a kinesthetic response, inducing the person to assume a particular physical position. There are also cases in which abstract concepts, such as days of the week or months of the year, cause the sensation of shapes, colors, or other experiences.

Estimates vary widely as to what percentage of the population experiences synesthesia. I’ve read claims that as few as 1 in 25,000 or as many as 1 in 300 people have at least one pair of overlapping senses (in rare cases, all five senses are blended together), though everyone seems to agree that it’s more common among women and left-handed persons than the rest of the population. Synesthesia is always referred to neutrally as a “condition”—neither a “defect” nor a “gift”—because even though it’s abnormal in the sense of being rare, no one can seem to work out whether it’s advantageous or disadvantageous from an evolutionary point of view. It’s simply a trait, like having blond hair or being able to curl one’s tongue, that some people have and others don’t. There are cases in which synesthesia acts as a memory aid, and it is also associated with higher-than-normal levels of creativity. On the other hand, there are a few cases where the blending of senses is so pronounced that almost any stimulus produces a disturbing state of sensory overload.

Synesthesia is an inherited trait, although researchers have not identified the responsible gene (or genes) or the exact parameters that determine how it is transmitted. In any case, people with synesthesia experience the sensations involuntarily and consistently. There have been some reported cases in which children with synesthesia lose the multisensory associations as they grow older, but for the most part, a given stimulus always produces the same secondary response in a given person—if the number 5 is red, it will always be red; if the word “groovy” tastes like mint, it will be just as minty 10 years from now. That said, though, there is little consistency from one synesthete to the next in what sensations are triggered by what stimuli. No one has yet determined exactly how the specific associations form.

Although synesthesia has been known and documented in medical literature since 1880, it was largely ignored as a field of serious inquiry until late in the 20th century. Many people believed that those who reported synesthesia were “just imagining things,” which is a strange accusation considering that all sensory perception is, by definition, in one’s head. But if someone reported that the letter R felt cold, it was easy to conclude that the person was just speaking metaphorically, or remembering a childhood association of some kind—not really experiencing the sensation of cold. Recently, though, researchers have used several clever techniques to prove conclusively that the secondary sensations are actually experienced in the brain, not simply memories or a poetic way of speaking.

In one experiment, for example, scientists filled a page with nearly identical monochrome 2s and 5s, asking subjects to tell them what pattern was formed by the 2s. Nonsynesthetes had great difficulty in picking out any pattern, because they had to look at each individual character. But for synesthetes who perceived 2s and 5s in different colors, the pattern (say, a triangle) formed by the 2s immediately jumped out.

Having learned that synesthesia is a genuine sensory experience, researchers concocted more elaborate tests to determine what may be going on in the brain when such experiences occur. One such technique is a Functional MRI (magnetic resonance imaging) test, in which subjects are placed in a machine that can display a dynamic, real-time, 3D representation of blood flow in the brain. The parts of the brain that are activated in response to specific stimuli “light up” in distinctive colors. So in the case of someone who hears colors, showing the subject a color will cause the parts of the brain that handle auditory information to be activated, just as they would be if the person had actually heard the sound.

When discussing what happens in the brain in synesthesia, it’s common to talk about “crossed wires,” and of course the phenomenon does suggest communication between parts of the brain that do not normally interact. But the image of crossed wires is probably misleading; strictly speaking, synesthesia does not appear to require a different or more elaborate set of neural connections than in a normal brain. Instead, the prevailing belief is that existing connections are simply used in a new way, or that chemicals that ordinarily inhibit this type of cross-communication are not released. This notion is supported by the fact that phenomena similar to synesthesia sometimes occur in otherwise normal people who suffer seizures, have brain injuries, or use certain kinds of drugs. But apart from physical or chemical trauma to the brain, there is no evidence that synesthesia is a trait that can be learned or acquired deliberately.

A recurring theme among people with synesthesia is that they have learned by experience not to share their unusual sensations; painful tales of childhood ridicule are common. This is a great pity, because one person’s scary mutation is another person’s super power. With any luck, the combination of more generous cultural attitudes and really expensive scientific equipment will open all new doors for understanding and appreciating the unusual abilities of synesthetes.

Note: This is an updated version of an article that originally appeared on Interesting Thing of the Day on August 27, 2003, and again in a slightly revised form on July 8, 2004.