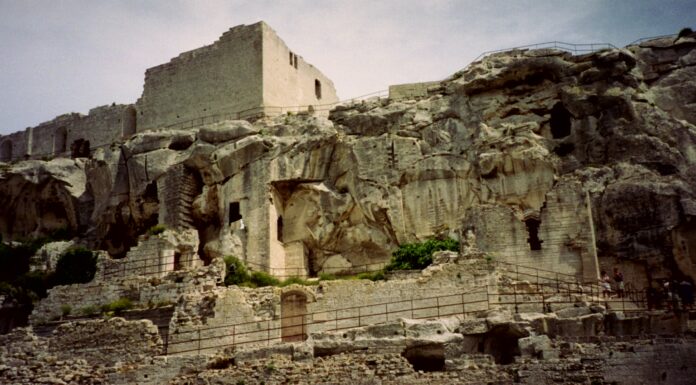 When I was in junior high school, I had a class in which all the students were required to do a major report on the country of their choice. I picked France. Although I can no longer recall my reasons at the time, it was a portentous decision, as later in life I would develop—as regular readers of this site know—quite a fondness for all things French, and indeed would spend more than five years living in Paris. For weeks I labored over all the required components of the report: the history, geography, economy, natural resources, and culture of the country. The centerpiece of my final project was a poster-sized map of France with locations of all the important industries and resources identified by color-coded symbols. I carefully labeled the major regions of wine and cheese production, farming, fishing, and so on. And, because the encyclopedias all said it was important, I duly marked the sites where bauxite, a major export, was mined. I had no idea what bauxite was, other than that it was apparently some kind of rock. This stands out in my memory, all these years later, precisely because I thought it was so boring. Who in the world cared about bauxite? But what my research overlooked was the connection between bauxite and one of France’s most popular tourist attractions, a town called Les Baux-de-Provence.

If you drive through the hills of Provence in southeastern France, you regularly see quaint medieval-looking villages set on picturesque hilltops. Some have been maintained continuously over the centuries and are now thriving, modern towns, while others are in ruins, but most are somewhere in between, in one state of decay or another. After a while the novelty begins to wear off: another postcard-perfect town, another few photos or maybe a stop for lunch, and then on to the next. But it’s quite hard not to sit up and take notice of Les Baux. Sure, you’ve got the requisite castle-on-the-hilltop overlooking the village of stone houses, but this town is different, not least because portions of the castle and the town were actually carved out of the cliff face itself. It’s as though someone came upon the hill and said, “Oh, right, this works as a castle, let’s just relocate a bunch of the stone from the inside of the hill to the outside.”

As you walk up the hill—and you must walk, because cars are wisely prohibited on the steep, narrow, twisty streets—you first encounter an active town that seems to provoke an equal mixture of love and hate from visitors. The buildings have been restored to give the town as nearly authentic a medieval appearance as possible, which is fantastic. Unfortunately, the entire economy of the town is derived from cutesy shops and overpriced restaurants, so the overall effect is more of a Disneyesque Medieval Land than a step back in time. Paradoxically, it’s the tourists—and the businesses that cater to them—that make it wearisome as a tourist destination.

However, once you get to the top, the real action begins, as you explore the ruins of the citadel, its defenses, and the original 12th-century town. Even though the town was mostly destroyed in 1632, the parts of it that remain partially intact are fascinating. There is also a collection of full-scale siege engines, reconstructed from the original plans. In its day, Les Baux was an important regional power center; even in ruins, the ancient fortress is incredibly impressive. It’s easy to imagine wars being waged from this spot—many were—and equally easy to think of the quaint village with a remarkable view as a cozy place to relax after long months of slaughtering one’s enemies.

You Can Call Me Al

But what is the bauxite connection? In 1821, geologist Pierre Berthier discovered a substance in Les Baux that was not a distinct mineral but rather a material composed of a variety of minerals, primarily aluminum hydrates. A few decades later, in 1858, a method was found for easily extracting usable aluminum from the substance, and it was named bauxite in honor of the town where it was discovered. (The French word baux, by the way—the plural of bau—normally means “beams,” but apparently the local usage in that area originally referred to a type of natural rock formation.) For a long time, bauxite was indeed a major export, and France was the world’s largest producer of bauxite until 1939. By 1991, all the usable bauxite had been mined, and production has now ceased entirely. (The largest producer of bauxite is now Australia, in case you were wondering.)

At its peak, Les Baux had about 6,000 residents. Now, fewer than 500 people call the town home, and yet it is much busier and noisier than it was centuries ago because of the interminable tourist traffic. In fact, with a million and a half tourists annually, it’s the second-largest tourist attraction in the country. (A friend who lives in France pointed out that one particular hotel-restaurant, Baumanière—whose wine list is considered among the finest in the world—is responsible for a great deal of the town’s tourist traffic.) As with so many other places that have been “discovered” by travel writers and tour guides, the town’s very popularity makes it less appealing as a destination. But this sort of paradox is part of the charm of Les Baux, a place which, in more than one sense, is famous for the parts of it that have disappeared.

Note: This is an updated version of an article that originally appeared on Interesting Thing of the Day on July 7, 2003, and again in a slightly revised form on March 6, 2005.