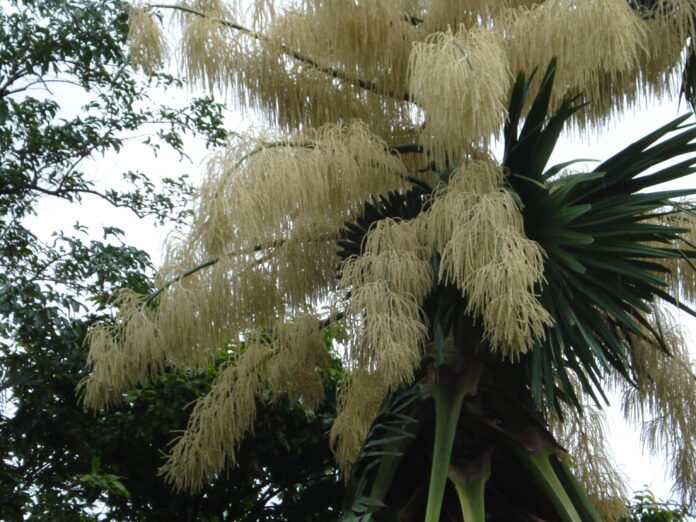 Although many years have passed since then, there are certain things I can remember clearly about the year 1986. That was the year of the World’s Fair, Expo ’86, in Vancouver, British Columbia, the year of the space shuttle Challenger disaster, and the year that Halley’s Comet (or Comet Halley) made its closest approach to the sun since 1910.

I remember being impressed at the time that I was going to witness an event that had last occurred so long in the past, before my grandparents were born, before the large-scale wars of the 20th century had taken place. In relation to the human lifespan, 76 years is a long time. When the comet finally did appear, it was not as spectacular as I’d hoped, but I didn’t want to miss it, knowing that it would not appear again until 2061, when I would most likely not be around to see it.

Although there are processes that occur on a time scale far too large for humans to observe (such as evolution and geological changes), we have a fascination for somewhat more common—but still extremely rare—natural events. They are not limited to the world of astronomy, but appear, for example, in the botanical world as well. In particular, consider the case of the Titan Arum lily, the Kurinji plant, and the Talipot palm, all of which bloom so infrequently that seeing them in bloom could be a once-in-a-lifetime experience.

The Titan Arum lily, a relative of the calla lily, is a remarkable specimen on many counts. Native to the Indonesian island of Sumatra, it has been successfully cultivated away from the wild, but it is rare for it to bloom under these conditions. The first time it flowered in cultivation was in 1889 at the Royal Botanic Gardens in London, and in 1937, it bloomed for the first time in the United States at the New York Botanical Garden.

Since then, many other botanical gardens have repeated these successes, and have allowed more people to witness the incredible transformation that the Titan Arum undergoes as it blooms. One of the most notable things about the process is how large the bloom becomes; although it can grow larger in the wild, the tallest bloom produced in cultivation occurred in New Hampshire in 2010, and was measured at 3.1 meters (10 ft 2.25 in) tall.

The other especially striking characteristic of the Titan Arum bloom is its distinctive smell. Called bunga bangkai (“corpse-flower”) in Indonesian, when in bloom the Titan Arum emits a strong smell often compared to rotting flesh. Although it may put off human observers, the purpose of the smell is to lure in carrion-eating beetles and flesh flies (those that breed in flesh and produce maggots) to pollinate the bloom.

Another distinctive flowering occurs in the Kurinji plant (sometimes called Neelakurinji), a native shrub of the southern mountains of India, the Western Ghats. Although the flowers are not particularly interesting individually, the phenomenon of their mass blooming is fascinating.

When the Kurinji are in bloom, the vast expanses of flowering plants produce a unique effect, a sea of blue and purple as far as the eye can see. This amazing sight is made all the more memorable by the fact that it occurs only once every 12 years (the latest blossoming was in the summer and fall of 2018). Children who see the Kurinji bloom will not see it again until they are grown; in fact, one tribe in the area traditionally calculates their ages according to how many of the flowerings they have seen.

While this rare event is a cherished part of the cultural and spiritual lives of local residents, it may not be around forever. The grasslands where the Kurinji grows are increasingly threatened by the encroachment of non-native species, such as wattle, acacia, pine, and eucalyptus trees, planted by British colonists in the 19th century to provide firewood. Vigorous efforts are underway to protect the vulnerable grasslands, but it remains to be seen how much of the Kurinji habitat can be saved.

The flowering of another native plant of southern India (and Sri Lanka), the Talipot palm, is truly a once-in-a-lifetime event—for the tree, at least. The Talipot palm is monocarpic, meaning it blooms only once, and in this case, at the end of its long life, which can last between 30 and 80 years.

While the Talipot palm can grow to enormous heights during its lifetime, as high as 82 feet (25 meters), it becomes even taller when in bloom. It grows a large stalk at its top, between 20 and 26 feet (6–8 meters) long, which produces smaller branches carrying millions of flowers. The stalk, branches, and flowers of the Talipot palm, known jointly as an inflorescence, is the largest of any plant in the world (the Titan Arum lily has the largest unbranched inflorescence).

It’s not surprising that the flowering of these three plants can draw hundreds, and sometimes thousands, to witness the process. While all three plants are noteworthy in other respects, it is the rarity of their blooming that can inspire awe and respect for the workings of nature as nothing else can. Like a comet streaking across the sky that will not return in our lifetime, there is a thrilling poignancy in the moment of witnessing something that we may not see again.

Note: This is an updated version of an article that originally appeared on Interesting Thing of the Day on October 9, 2006.