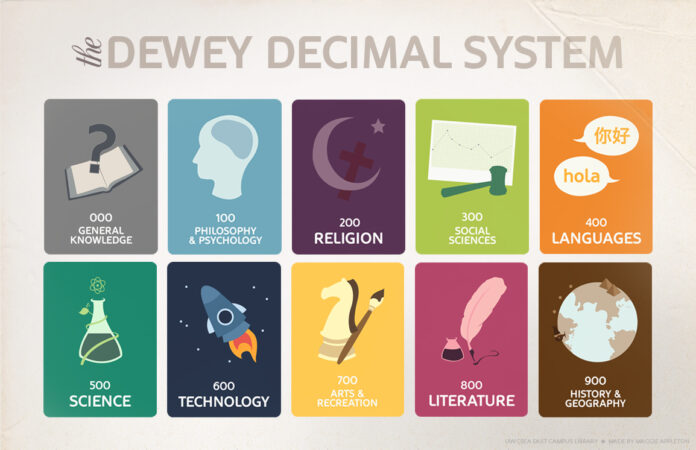 Libraries are wondrous places full of knowledge and stories, mostly in convenient book format. Even with the benefit of digital indexing and search, there needs to be some logical system for organizing the books on shelves, especially when the number is quite large. The best-known and most widely used system (especially in North America) is the Dewey Decimal Classification, created in 1876 by Melvil Dewey. Today’s his birthday—he would have been 167 today. (That number turns out to be the classification for “Hypotheses,” under the general heading of “Philosophical Logic”—the 100 series. But I’m sure you knew that.) There are, of course, competing systems (such as the Library of Congress Classification), but Dewey is what most of us first encountered in our school and public libraries. The system is not without its faults, but given the environment in which it was conceived, it has held up reasonably well.

Celebrate by going to a library today!