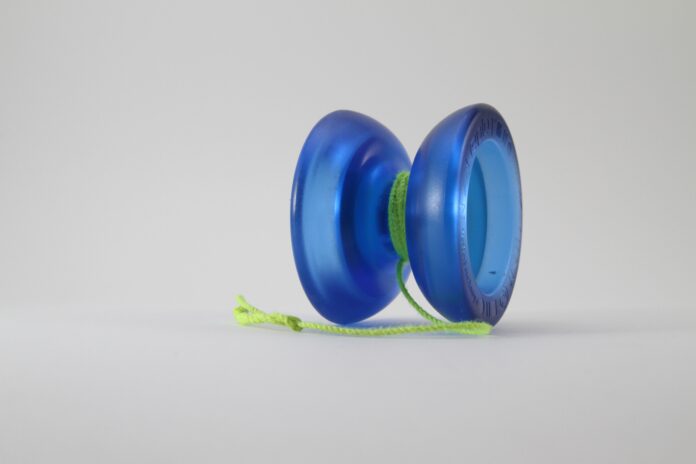 While visiting a friend’s house, I was perusing her bookshelves, as is my custom, and a thick volume called Panati’s Extraordinary Origins of Everyday Things caught my eye. I always enjoy learning where things and their names came from, and I thought the book might also provide some useful fodder for Interesting Thing of the Day. Heather graciously agreed to loan me the book.

I have a fair number of reference books myself, not to mention several good libraries at my disposal. But more often than not, I end up doing the bulk of my research online, because it’s so much quicker to search the web than it is to thumb through books. Still—and I’m speaking here as someone who writes for both print media and the web—I’m strongly biased to trust printed books more than webpages, because in general, books have much more rigorous editorial standards. A novel, of course, will not be held to the same standard as a textbook or a dictionary, but still, one assumes that a competent editor will at least spot-check facts and verify that the author can produce primary sources to back up any claims, should a question arise.

With this implicit confidence, I began flipping through the book and soon encountered an entry for “Yo-Yo.” Excellent. Panati says that the yo-yo originated around 1000 BCE in China; that it spread from China to Europe where it went by such names as “quiz” (in England) and “bandalore” (in France); that in the 16th century a yo-yo-like weapon was used in the Philippines; and that it was this weapon that American entrepreneur Donald Duncan adapted to create the toy we all know and love.

All that sounded pretty interesting, but I wanted a bit more detail, so I turned as usual to the web. There I found, as I might have expected, a great many histories of the yo-yo, half of which were clearly copied from each other. The other half differed in a great many details—not only with each other, but with Panati. Naturally, this being the web, citations of primary sources were nearly nonexistent, and I was not feeling disposed to spend days of anthropological research sorting out who was more likely to have been telling the truth. But from what I’ve been able to piece together, I’m sorry to say that of all the sources I consulted, I now have the least confidence in Panati’s book.

Thus I would like to assert right here, boldly and confidently, that I am not at all sure where the yo-yo originally came from. You can quote me on that.

Tracing the Yo-Yo’s Ups and Downs

I was able to glean some useful facts, though they become murkier with age. So let’s start with the present and work backward.

For starters, November 2018 marks the 89th anniversary of the Duncan yo-yo. (Happy birthday!) The humble yo-yo is sold in a bewildering array of shapes, sizes, and designs—some of which include high-tech mechanisms ranging from ball bearings that reduce friction on the axle to a centrifugal clutch that enables the yo-yo to “sleep” (spin in place at the end of its string) and then snap back up just before it runs out of energy. The famous Duncan brand is now owned by the Flambeau Products Corporation, which bought the rights to the name from Duncan’s bankrupt company in 1968. But plenty of other manufacturers also make toys called yo-yos; in the United States, Duncan had lost the right to use the word as a trademark in 1965. (And in fact the legal battle over that issue contributed to the demise of the company.)

Duncan had gone into production in 1930 after buying out Pedro Flores, an immigrant from the Philippines who brought the design (and the name) with him to the United States. From 1928–1930, Flores had successfully created a yo-yo fad, partly by organizing contests where yo-yo enthusiasts could show off their skill. The yo-yos Flores made had the string looped around the axle rather than tied to it, enabling the toy to “sleep” (and thus, by extension, making a wide variety of tricks possible).

Toys similar in design to the yo-yo, but called by other names, were known in America at least as far back as the 1860s, and they were popular in England and France as long ago as the 1780s. Although their popularity waxed and waned, they never truly achieved fad status until Flores began mass-producing them in the United States.

Before the 18th century, though, accounts differ wildly. Clearly something resembling the yo-yo was in use in the Philippines centuries before Flores brought it to America, but whether it was a toy, a weapon, or both is unclear. Some say that the “weapon” theory was based on the fact that some hunters tied vines to a rock before throwing them at their prey in order to facilitate retrieval; I find this connection rather implausible.

A Greek painting made around 500 BCE depicts a boy holding something that looks very much like a yo-yo, and spindle-like artifacts that match this description have been found that date from around the same time. However, no one can say with complete certainty how or why the proto-yo was used in ancient Greece. Similarly, toys matching the general description of the yo-yo did exist around 1000 BCE in China, though details of their use are even harder to come by. And I have seen no convincing account of if, or how, the yo-yo traveled from China to Greece or to the Philippines; it is entirely possible that the design evolved independently in several different parts of the world.

And the very least plausible claim I’ve encountered—in several places—is that the yo-yo is the second-oldest toy in the world (the doll being the first). What about marbles? Or the top? Panati (to the extent I’m still willing to trust him) claims that both date back to about 3000 BCE. Even if he were off by a couple of millennia, either of these could still be an earlier toy than the yo-yo.

Perhaps, I thought, the etymology of the word “yo-yo” would reveal something about the toy’s origin. Merriam-Webster’s Collegiate Dictionary states that it “probably” derives from the Ilocano word yóyo, while allowing that cognate words appear in other Philippine languages. Almost every other source I consulted (including Panati’s Extraordinary Origins of Everyday Things) said that “yo-yo” was a Tagalog word, supposedly meaning “come-come” or “return.”

Knowing that the word originated in the Philippines, Tagalog is a reasonable guess, since it’s the nation’s official language—but there are hundreds of others, including Ilocano, and I was not able to corroborate the claim of a Tagalog origin. One Tagalog-English dictionary I checked said that yoyo is slang for “wristwatch” or “timepiece”; another helpfully translated it as “toy.” While I have no doubt that Pedro Flores grew up calling the toy a “yo-yo,” I don’t know what his native language was. In addition, it’s possible that the term was a regional or slang expression that simply didn’t make it into the dictionary.

So there you have it: a laundry list of everything I don’t know about the yo-yo. In fact there’s one more little thing I don’t know—how to do any tricks. Sure, I had yo-yos as a kid—including the kind that light up—and sure, I read the instruction booklets and tried to learn the moves. But I could never quite get the, uh, hang of it.

Note: This is an updated version of an article that originally appeared on Interesting Thing of the Day on November 13, 2004.