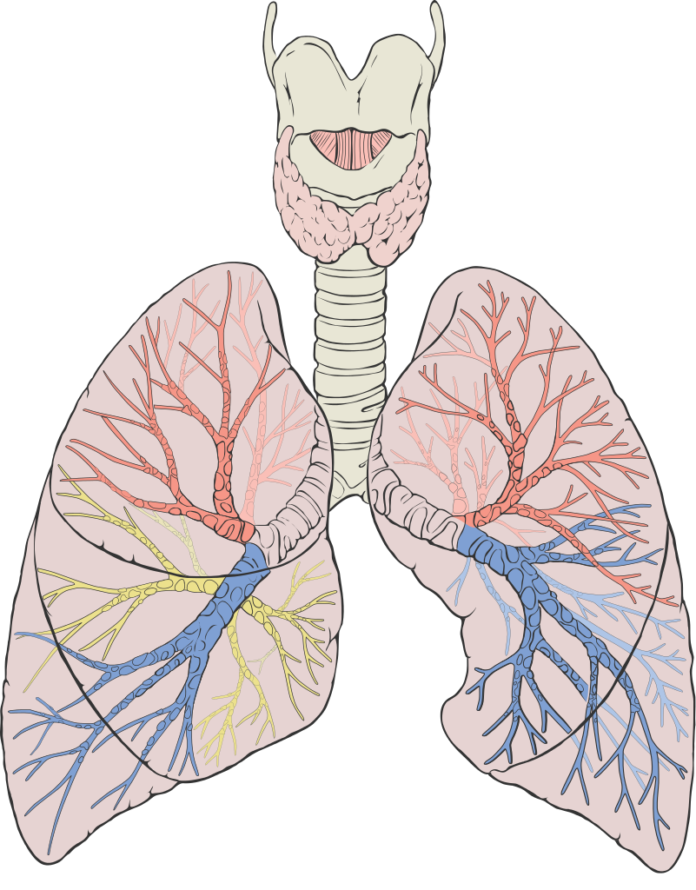 It’s funny the way random little factoids stick in my head, even after many years. When I was in eighth grade, I did a report for my science class on Pascal’s Law, a description of the way fluids behave in a closed system (and the basis of all hydraulics, among other things). In the course of researching that project I came across a tiny piece of information that blew my 13-year-old mind: the word fluid is not a synonym of liquid; a fluid can be a liquid or a gas. Really? I’ve been breathing a fluid all my life? I just couldn’t get over it. Neither could my friends—I thought my endless recitations of trivia made me look smarter, but they found it annoying.

Years later, I read a Star Trek novel in which the crew of the Enterprise encountered a race of humanoid beings who breathed a liquid; the book went to great lengths to describe what that experience was like for one of the humans who had to interact with them. Although this fictional liquid was compatible with human lungs, the psychological shock of breathing a liquid was pretty intense. Later still, the very same concept showed up in the 1989 film The Abyss, as well as in Dan Brown’s 2009 novel The Lost Symbol, among other places. But hey, that’s all just science fiction, right? Amazingly enough, humans can indeed breathe certain very special liquids.

In order for any fluid to work for human respiration, it has to perform two main functions extremely well: delivering oxygen to the lungs and removing carbon dioxide. Air obviously does both; so do some other combinations of gases (such as those used in diving). But it’s reasonable to think some liquids may be able to do the same thing. The first experiments involving respiration of a liquid took place in the 1960s. Mice were made to breathe a saline solution with a high concentration of dissolved oxygen. The mice survived for a little while, but although the solution delivered enough oxygen, it was ineffective at removing carbon dioxide; over time, it also caused damage to the lungs.

A few years later, researchers began experimenting with perfluorocarbons, or perfluorinated hydrocarbons—liquids similar to freon that (despite being unfriendly to the ozone layer when they evaporate) are able to dissolve both oxygen and carbon dioxide readily. Initial results were much better than with the oxygenated saline solutions, and mice were able to return to normal gas breathing afterward. Over the next several decades, the formulas for breathable perfluorocarbons (PFCs) were refined further. The best-known liquid of this kind is called perflubron, also known by the brand name LiquiVent. Perflubron is a clear, oily liquid with twice the density of water. It has the capability to carry more than twice as much oxygen per unit of volume as air. And it’s inert, so it’s unlikely to damage lung tissues. Because it has a very low boiling point, it can be cleared from the lungs quickly and easily by evaporation.

You may be thinking: it’s great that humans can breathe a liquid, but why would anyone want to?

The primary application of liquid breathing is the medical treatment of certain lung problems. For example, babies born prematurely often have underdeveloped lungs. Because perflubron can carry more oxygen than air, it can help relieve respiratory distress until the lungs are able to function with regular air. But it has also been used for adults with acute respiratory failure, whether due to disease, trauma, burns, or the inhalation of smoke, water, or other toxins. The liquid encourages collapsed alveoli to open, washes out contaminants, and provides better exchange of oxygen and carbon dioxide for lungs that are not fully functional. In clinical use, the lungs are usually not filled completely with the liquid; instead, liquid ventilation is usually used in conjunction with conventional gas ventilation.

Another potential use for liquid breathing is in diving. Ordinarily, divers must breathe heavily pressurized gases to prevent their lungs from collapsing deep underwater, but this requires decompression on the way up and carries the risk of nitrogen narcosis and numerous other problems. If the lungs were filled with a liquid instead, most of those problems would simply disappear. This would, in theory, enable divers to reach greater depths, ascend more quickly, and experience somewhat lower risks. Despite what we see in the movies, this technique is not yet ready for prime time, but with advances in equipment, fluid formulas, and training, liquid breathing could someday change the nature of diving dramatically. It could also have an application in helping to protect against high G forces during space travel.

For all these amazing benefits, liquid breathing still involves one major difficulty: it’s much harder for human lungs to move liquid in and out than it is to breathe air. Even though perflubron is so much better than air at carrying oxygen and carbon dioxide, that advantage can be lost if you don’t circulate it rapidly enough. Without the use of a mechanical ventilator, this is going to be especially problematic for someone who’s ill, and even a diver in top condition could become exhausted from such laborious breathing during a deep and strenuous dive. So I won’t be making plans to live at the bottom of a PFC-filled swimming pool, but it certainly is intriguing to think that a lung full of liquid could prevent me from drowning.

Note: This is an updated version of an article that originally appeared on Interesting Thing of the Day on May 24, 2005.