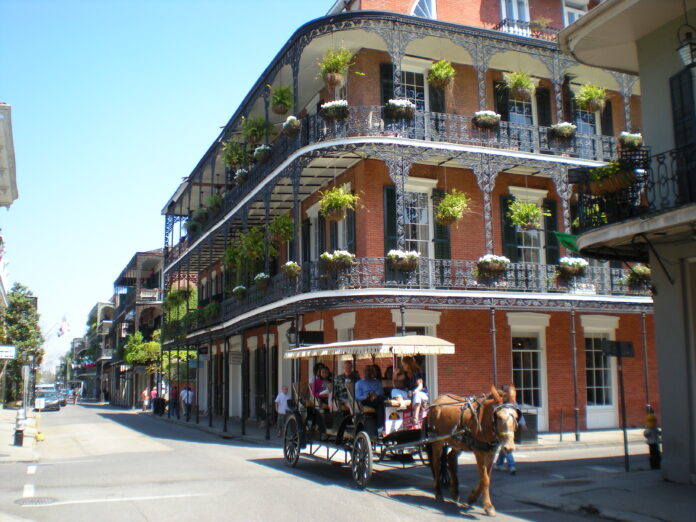 One day in Paris, Morgen and I met some friends for dinner at a restaurant that had gotten some very good reviews. The owner of the restaurant arrived at our table to take our orders, and we told him the prix fixe set menu sounded good. He looked strangely concerned, as though we foreigners couldn’t possibly know what we were getting ourselves into. “You understand,” he asked, “that this meal includes an aperitif, an entree, a main course, a dessert, and coffee…and an unlimited quantity of wine?” We nodded and assured him that we knew the routine. He smiled slyly and said, “Ah bon. There will also be…some surprises.”

A few moments later, a small dish of sausages arrived at our table—an amuse bouche, or a sort of pre-appetizer—along with some fresh bread. Then the advertised courses appeared, one by one, until finally, after coffee, the owner returned with a bottle and four small glasses in his hands and a conspiratorial expression on his face. “A little something to conclude your meal,” he offered, and poured us each a glass of marc, a potent digestif distilled from the bits of grape skin left over when wine is made. Splendid. We would have enjoyed the meal thoroughly even without the unadvertised extras, but the unexpected attention to detail left us with an even warmer feeling about the restaurant.

In New Orleans, the term that would be used to describe “a little something extra” of this sort is lagniappe, pronounced “LAN-yap.” There is an old custom among merchants in New Orleans to add a small, nearly trivial gift to an order—particularly for large purchases or repeat customers. The word “lagniappe” originally comes from the Quechua word yapay (“to give more”), which led to yapa (“gift”), and then to the American Spanish la ñapa (“the gift”). Although the term lagniappe is not used in, say, Paris, the underlying principle appears in many forms in many cultures—including the “baker’s dozen” that was once the norm in North America.

There’s a subtle yet powerful psychological principle at work here: the amount or quality of something you actually receive is not as important as how it compares to what you were anticipating. For example, let’s say you see an ad on TV for a salad steamer and think, “Wow, I have to buy this.” When your package arrives in the mail, you discover it contains not just what you ordered, but as a special thank-you gift, a certificate redeemable for a free head of lettuce. Because what you got was more than you thought you paid for, you’re likely to feel happier with your purchase and more favorably disposed toward the merchant. On the other hand, if the merchant had promised “free lettuce with purchase” and you expected a fresh head of lettuce in the box, you might be disappointed and annoyed to find that you have to make an extra trip to the store to get what you paid for. The actual contents of the package may have been the same in both cases, but your reaction was different because of the expectations you had.

As Seen on TV

This principle can be a very effective marketing tool if used correctly; it can also, of course, be abused. If you have three products that are all cheaply made and collectively worth US$10, how do you sell the set for twice that? Easy: hype up just one of the products and advertise it at the “low, low” price of “only” $20. Then, dramatically, add: “But wait, there’s more!” and mention, as if benevolently bestowing excess riches on a favorite nephew, that you’re going to throw in the other two products “absolutely free!” This strategy works surprisingly well, all because the initial step of setting expectations was executed so cunningly. This is also why some hardware and software developers in the computer industry have adopted a mantra: “Underpromise and overdeliver.” What counts is not so much the feature set and delivery date of a product, but rather how the reality compares to what your customer (or your manager) was expecting.

This is not to say, of course, that the notion of lagniappe is always or even usually misapplied; merchants who are generous—or just very savvy—may well give you more than you pay for. For that matter, you don’t even need to be selling something to apply the principle of lagniappe—it is equally effective when giving gifts, inviting friends over for dinner, or even writing a book. But for lagniappe to function most effectively, it should really be unexpected. (This is why I’m perturbed at New Orleans merchants who go out of their way to advertise “We Offer Lagniappe!” on their signs—that seems to me to be missing the point.) When the “little something extra” is a surprise, it can truly delight the recipient.

A Little Something Extra

You may be aware that writing about interesting things is not my day job. I’ve made my living for the past 15+ years primarily as an author of technology-related books and articles, and in 2017 I purchased my erstwhile publisher, Take Control Books, so I’m now running the entire business—publishing (and sometimes editing) other people’s books, in addition to writing my own. We have how-to books on all sorts of tech topics, including passwords, online privacy, your digital legacy, running a paperless office, increasing your productivity, and many more. A large portion of our titles focus on Apple platforms, so you’ll also see quite a few books about topics specific to macOS, iOS, the Apple Watch, and Apple TV. In any case, there’s something for everyone. They’re quality books, written by experts, and all available inexpensively. That brings me to the lagniappe I’d like to offer you, as a reader of Interesting Thing of the Day: a 30% discount on all our books. But just one or as many as you like. The links in this paragraph will automatically apply a 30% discount to your order when you click Check Out, or you can enter the coupon code ITOTD. Enjoy!

Note: This is an updated version of an article that originally appeared on Interesting Thing of the Day on June 8, 2003, and again in a slightly revised form on February 12, 2005.