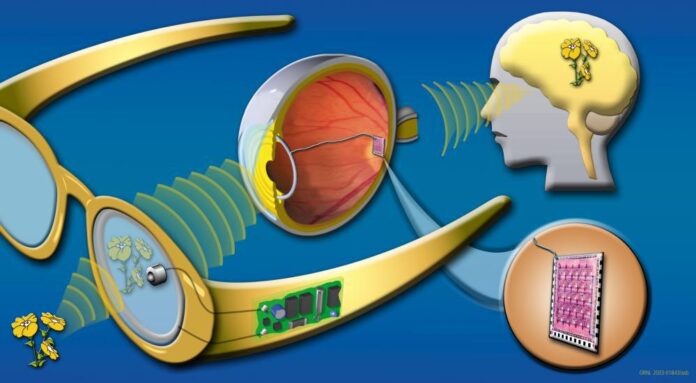 As a kid in the mid-’70s, one of my favorite TV shows was The Six Million Dollar Man. When astronaut and test pilot Steve Austin was critically injured in a plane crash, government scientists decided to replace his damaged body parts with electromechanical equivalents, making him the first bionic (or cybernetic) human. The cost for two new legs, a right arm, and a left eye turned out to be $6 million, but for that price Steve Austin was able not merely to walk again, but to outrun cars, lift enormous weights, and see faraway objects with a built-in zoom lens.

The decisive statement, which we heard as a voiceover at the beginning of each week’s episode, was, “We can rebuild him. We have the technology.” Even though I knew the show was science fiction, I assumed we really did have the technology back then, or at least something close to it—and that the cost was the main reason people weren’t being fitted with bionic limbs on a regular basis. Of course, cost aside, we didn’t then, and still don’t, have the technology to come anywhere near that sort of body-part replacement. Medical science has made great advances in the development of bionic limbs, and perhaps someday, amputees will be able to receive something like Steve Austin’s bionic arms and legs—though I wouldn’t count on superhuman strength and speed. But the eye…that’s another story. Even today, restoring sight to the blind seems like the province of myth and science fiction. In many ways, it’s a much harder problem to solve than creating an artificial arm or leg, but researchers are making significant progress, and the reality of a bionic eye may not be so far-fetched after all.

In a healthy eye, the rods and cones on the retina convert light into tiny electrochemical impulses that are sent through the optic nerve and into the brain, where they’re decoded into images. If the retina no longer functions correctly—due to conditions such as retinitis pigmentosa or age-related macular degeneration—the optic nerve can be given information from an artificial source. Capturing images and converting them into electrical signals is the easy part; that’s just a digital camera, like the ones we all have in our phones. The much trickier part is wiring the input into a person’s nervous system. One type of retinal implant in limited but active use picks up radio signals from a camera mounted on a pair of glasses and then directly stimulates the nerve cells behind the malfunctioning rods and cones. The current state of the art in retinal implants of this type is fairly low-resolution, though, and it does require that electronic apparatus be worn whenever the person wants to see.

A more advanced approach places an array of microphotodiodes—think of them as miniature solar cells—directly onto a retinal implant. When light hits them, they generate electricity, which then directly stimulates the retinal nerves. This eliminates both the camera and the need for an external power source. Several clinical trials have already taken place, with encouraging preliminary results. Meanwhile, NASA scientists are creating a similar implant using photosensitive ceramic films. Unlike silicon, ceramic does not degrade when exposed to the fluids inside the eye, and the ceramic implants are also porous—allowing nutrients to flow through them to the cells on the other side. Quite a few other technologies also under development involve implants on and/or under the retina (or on the optic nerve itself), with or without external equipment.

But what if the eye is missing altogether, or the optic nerve is damaged? When retinal implants are not possible, one option is to implant electrodes into the brain that can stimulate the visual cortex directly. This highly experimental procedure has been performed a few times, and as brain surgery goes, it’s relatively safe. It does require wires to protrude from the skull to provide power and data for the implants, but the real challenge is how to figure out which precise locations in the brain to stimulate to produce specific visual impressions. Neurons in the brain are not arranged in a convenient grid like a camera’s sensor, so each patient must undergo extensive testing to figure out which electrodes should fire in response to which input from the camera. Even after all that, the net result is that the patient perceives a field of fewer than 100 points of light (called phosphemes). By comparison, a single character on your computer screen contains many more dots than that. Although the patterns created by those dots can help someone to avoid obstacles or identify when the light is on, they come nowhere near the point of enabling someone to read or recognize faces, to say nothing of distinguishing colors or fine detail.

A much different approach to artificial sight, and one that requires no surgery at all, has been developed by Dr. Peter Meijer of Philips Research Laboratories in the Netherlands. It’s called the vOICe system—the three middle letters are capitalized to stand for “Oh, I see.” This system uses a small video camera mounted inside a pair of sunglasses or on a helmet, along with a computerized processing unit. It translates visual images into sounds, which are then fed through stereo headphones. As the user comes to associate certain kinds of sounds with corresponding shapes and motions, the effect is much like an artificial synesthesia, a phenomenon in which someone’s senses are crossed in such a way that stimulus of one sense causes perception in another—tasting shapes, seeing sounds, and so on. Over time, the brain comes to accept the auditory data as a substitute for visual data, although the subjective impression is still much less detailed than regular vision.

None of the technologies currently in development provides anywhere close to 20/20 eyesight, much less the high resolution, automatic zoom, and night vision of Steve Austin’s bionic eye. But when it comes to curing blindness, something is definitely better than nothing—and we’re heading in the right direction. Nowadays the most fantastic thing about the bionic man seems to be the price tag. Only $6 million? Now that’s science fiction.

Note: This is an updated version of an article that originally appeared on Interesting Thing of the Day on June 8, 2004.