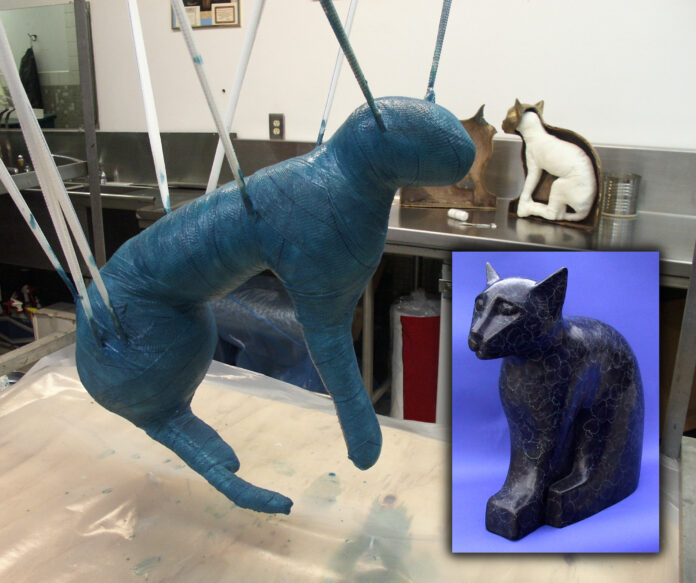 We have all heard of people who had their bodies cryogenically preserved after death in the hope that some day, medical science will be able to bring them back to life and cure whatever illness caused their demise. That hope may be overly optimistic, but I can at least respect the logic behind the decision. Unlikely though it may be, I can’t say categorically that such a restoration is beyond the reach of some future science. With that single exception, however, I have never understood the ages-old practice of keeping dead bodies from decaying naturally. It’s not that I’m some soulless pragmatist, but I believe that death is the point at which a body becomes superfluous to its erstwhile owner; keeping it intact thereafter seems superstitious and creepy. Of course, that’s just my opinion. Some of my best friends are superstitious and creepy, and I don’t hold it against them.

Each culture has somewhat different beliefs about what should happen to a corpse. In North America, the majority of the deceased are embalmed so that they’ll look lifelike for a funeral several days later; they are then buried in airtight caskets inside concrete vaults or grave liners. Some people may derive comfort from the notion that a departed loved one is still somehow whole, but in ancient Egypt, much more was at stake than the feelings of the bereaved. During the centuries when the art of mummification was practiced, it was based on a deeply held belief that only if the tissues of one’s body were kept intact after death would the soul survive throughout eternity.

To oversimplify greatly, the goal of Egyptian mummification was to rid the body of moisture so that it would not decay. They had to start with the internal organs, which have the tendency to remain moist for a long time after death, providing a fertile breeding ground for bacteria. Some of the organs were deemed important enough to preserve separately; others, like the brain and kidneys, were seemingly useless and were discarded. The empty cavities were filled with a desiccant salt called natron, which also covered the outside of the body. After a period of a month or more, when it had absorbed all the moisture from the flesh, the salt was removed. The body was then stuffed with spices and sawdust to restore a more natural shape, covered with long strips of linen bandages, and buried in a sarcophagus.

Thousands of years later, mummification is making a comeback. In 1994, Bob Brier, a professor at Long Island University in New York, performed an Egyptian-style mummification on a man who had died and left his body to science. Brier followed the historical procedures as closely as he could determine, in an effort to learn details about the process that could not be discerned simply by studying mummies that had been sitting around for millennia. At the time, Brier’s project was the subject of numerous news reports and even a National Geographic documentary. But now he has been upstaged by a new, high-tech method of mummification that is available to the general (dead) public—for a price.

Summum is a religious group based in Salt Lake City, Utah, founded in 1975 by Summum “Corky” Ra (né Claude Rex Nowell). Among other things, Summum teaches the importance of preserving the body after death—and conveniently, they offer just such a service. For a mere US$67,000, the organization will carefully preserve your body using a patented process that inhibits decay without drying out the flesh. Your mummified body will be placed into either its own custom-made bronze mummiform (think: sarcophagus) or a conventional casket, either of which can then be buried or entombed. (Either way, the container is a significant extra cost.) The first person to be mummified in this manner was none other that Corky Ra himself, who died in 2008. Well over 1,000 other people have signed up for the service, although it’s unclear how many other people have undergone the process so far. (Summum also mummifies pets, however—for as little as US$4,000 plus mummiform—depending on the pet’s size.)

As enticing as this deal is, I can make you a better offer. For only $50,000, I would be happy to sit down with you and help you to feel better about the natural process of decay. I’ll even throw in a trip to Egypt and a large batch of my homemade chocolate chip cookies, which are guaranteed to make you happier in life (and, I’m sure, well beyond).

Note: This is an updated version of an article that originally appeared on Interesting Thing of the Day on October 8, 2003, and again in a slightly revised form on September 30, 2004.