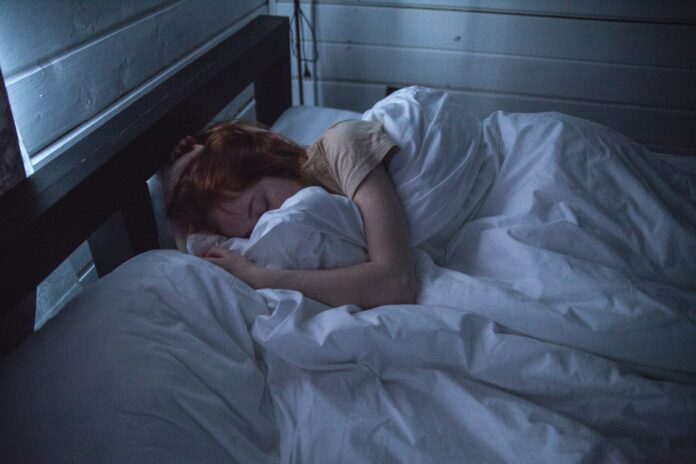 I used to say that sleep is one of my favorite hobbies. I mean, I love to sleep, and before I had kids, I indulged my sleep habit freely. If it were up to me, I’d still do that. Unfortunately, I have a child with serious sleep problems, and when he’s awake, I’m awake. I don’t have the option to sleep when I want, or for as long as I want. I’m pretty much always tired, despite drinking ridiculous amounts of coffee. It’s…unpleasant.

Meanwhile, regardless of how much or how little sleep I get, I always have projects stacked up months deep and never seem to have enough time to finish everything on my day’s schedule. So I was intrigued to read about a concept called polyphasic sleep, in which you sleep for several short periods of time each day, rather than one long period as you would in ordinary, or monophasic, sleep. (By the way, if you sleep for a long stretch at night and then take an afternoon nap, you’re practicing a form of biphasic sleep—a schedule I used to enjoy.) Proponents of polyphasic sleep claim that it reduces your overall need for sleep to as little as two hours per day, while keeping you just as alert and healthy as you’d otherwise be. Critics say it’s a dangerous practice that can shorten your lifespan and lead to physical, psychological, and social problems. But lots of people have tried it, and I’ve found it intriguing to read about their experiences.

Although polyphasic sleep could take many forms, the one most frequently mentioned, sometimes by the name Uberman’s sleep, is a schedule in which a person sleeps for approximately 20 minutes every 4 hours. For example, one might take naps at 2:00, 6:00, and 10:00 (A.M. and P.M.). If the naps each last 20 minutes, you get 2 hours of sleep per day; if they last 30 minutes, you get 3 hours of sleep. Other variants include fewer, but longer, sleep cycles or a single stretch of 3–5 hours of sleep at night along with two or more brief naps during the day. I’ve read numerous accounts of people who successfully adapted to one or another of these schedules for periods ranging from weeks to months, though I’m not aware of anyone who has made the change permanent. Most reports indicate that the initial several days are the most difficult, as the body struggles against the new schedule, after which it finally accepts the alternative sleep pattern.

What’s it like to live with polyphasic sleep? I can’t speak from personal experience, but from what I’ve read, polyphasic sleepers invariably enjoy having 6 or more extra hours per day to get stuff done; some of them also report increased alertness, more vivid dreams, and even weight loss. But many of them say they have to cheat (or “reboot”) every so often, when their bodies simply tell them they’re too tired and they have to sleep for a longer period of time. When folks trying out this alternative schedule go back to monophasic sleep, as they inevitably do, they cite various reasons, but a recurring theme is that it’s just too difficult to keep a different schedule from everyone else in the world.

Among people who say polyphasic sleep is a good idea, there’s an oft-repeated meme that once you get used to this sort of schedule, you can achieve deep, REM sleep almost immediately; the presumption is that as long as you get enough REM sleep each day, your brain and body get all the benefits of a single long stretch of sleep. Although solid clinical evidence about what happens during polyphasic sleep is almost nonexistent, some research suggests that this hypothesis is mistaken, and that a prolonged course of polyphasic sleep amounts to a form of sleep deprivation. Similarly, polyphasic proponents often mention a long list of famous scientists, inventors, and artists who allegedly followed such minimalist sleep schedules, but in most cases there’s little or no documentation to back up these claims. On the contrary, it may be that although one can indeed be awake and alert for 22 hours per day, creativity and mental agility suffer as a result.

However, almost everyone who’s written about polyphasic sleep agrees that the technique has its place—for limited periods of time—when people are faced with a serious situation that demands the maximum possible number of waking hours per day. Frequently cited examples are long solo yacht races, space missions, military operations, and civil or medical crises. My work and family obligations make polyphasic sleep a nonstarter at this point in my life. But even if I could sleep 2 hours a day and spend every waking moment productively crossing things off my to do list, I’m not sure I’d want to. I enjoy sleep a lot more than I enjoy work, and trading (even more of) the former for the latter somehow doesn’t seem like a very good deal.

Note: This is an updated version of an article that originally appeared on Interesting Thing of the Day on March 30, 2007.