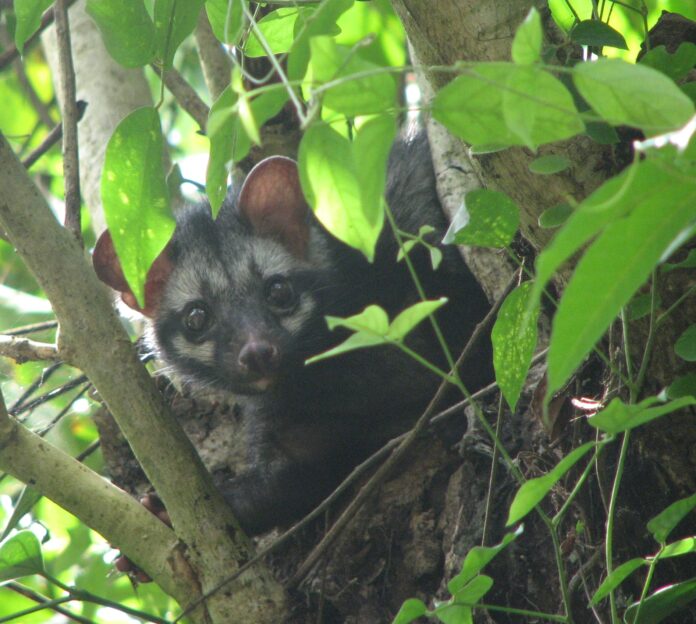 My fondness for good coffee, and the lengths to which I’m willing to go to indulge it, are well known. As someone who loves coffee and craves interesting things, it is only natural that I should be intrigued by stories of a rare, exotic, and obscenely expensive type of coffee bean. I was once fortunate enough to sample this coffee, but most of the people I’ve told about the experience—even confirmed coffee snobs—grimace, then raise their eyebrows in that “you’ve got to be kidding me” look. The story you’re about to read is, I assure you, true, though I myself became convinced only after extensive research and personal experience.

The Fruits of Labor

First, some background. Most coffee beans sold in North America come from plantations in tropical Central or South America. Colombia and Costa Rica, in particular, are well known for their excellent coffees. Coffee grows on plants that are commonly called “trees” (because that’s what they look like), even though they’re really a type of shrub. Coffee trees produce a sweet fruit known as a “cherry,” so called because of its red color when it ripens. Inside each cherry are two seeds, which are the coffee beans, encased in a thin covering called parchment.

Cherries are usually picked by hand, then processed by machine to extract the beans from the fruit and remove their mucilaginous coating. The beans are rinsed and dried, then fed into another machine to remove the parchment. After sorting the raw (or “green”) beans into different grades (and, sometimes, blending different types of beans together), they are roasted to varying degrees of darkness and then packaged for shipment. The final step in preparing the beans before brewing is to grind them to your desired level of coarseness.

All in all, preparing coffee beans is quite a labor-intensive process. It is only natural, I suppose, that someone might try to find a simpler method to get the desired end result—a way to get the coffee beans without all that tedious harvesting and processing. It was presumably this line of reasoning that led to the invention, or discovery, or whatever you might call it, of Kopi Luwak.

On a handful of islands in Indonesia and in several nearby countries lives a small catlike animal called the Asian palm civet (Paradoxurus hermaphroditus, if you care), also known as a “musang” or “toddy cat”—or, in Indonesian, a “luak.” The palm civet is not a marsupial, though many websites about Kopi Luwak describe it as such—caveat lector. It’s a nocturnal mammal that spends its life in the trees and eats a balanced diet of insects, rodents, and fruit. One fruit it’s especially fond of is the coffee cherry, and it’s very picky about which cherries it eats, too—only perfectly ripe ones will suffice.

The palm civet’s digestive system processes the skin, pulp, and mucilage of the coffee cherries quite nicely, but can’t break down the seeds. So they appear—sometimes in rather large quantities—in the animal’s droppings. Other than being slightly fermented, the seeds are intact, and enterprising locals, eager to bypass several of the most onerous tasks of bean preparation, collect these specially processed beans and sell them to coffee distributors. The beans are washed, dried, and roasted just like other beans, but because of their relative rarity and unique processing, are sold at a premium to distributors who ship them all over the world. Paradoxically, the savings in human labor provided by the paradoxurus is reflected inversely in the price.

Just how much of a premium will you pay? Well, back in 1999 I paid about US$100 for a half pound (about 225g), and in a quick web search just now, I found prices both much higher and much lower than that. But as a ballpark figure, you can think of Kopi Luwak as running about 10 times the cost of Illy, the famous Italian gourmet coffee, and about 50 times the cost of Folger’s. If you’re lucky enough to find a local coffee shop that sells it by the cup, though, you might pay a mere $5, which is about the cost of a Starbucks specialty coffee.

By now you’re probably wondering two things. First, is it safe to drink? The answer is yes, according to serious scientists who have studied it in detail. Second, how does it taste? Describing the flavor of a fine coffee is a bit like describing the flavor of wine—it’s more of an art than a science, and no two people will agree on exactly the same terminology. I’ve seen Kopi Luwak described as “nutty,” “spicy,” “chocolaty,” and “gamy,” for example, but I don’t know that I’d use any of those terms myself. It tasted very, very good—let’s start there. In addition to the sort of rich aroma I’d expect from any good coffee, it had a complex intensity of flavor that I have not tasted elsewhere. Unlike the taste of, say, a chicory-laced café au lait or a mocha, the “extra” flavor did not give me the impression of an additive, but rather of intrinsic depth. In other words, it tasted more thoroughly coffeelike than ordinary coffee, if you can imagine that.

I don’t think it would be unfair to say that my first cup of Kopi Luwak was the best cup of coffee I had ever tasted. Was it 10 times better than Illy—enough to justify its cost? Certainly not; it was better, but not that much better. On the other hand, it was well worth the money just to have the experience, and indeed it would have been worth the money even if the taste had been unpleasant. The novelty of the experience was worth every drop (or, as some purveyors of Kopi Luwak would say, dropping).

The name Kopi Luwak simply means “luak coffee,” though as you can imagine, it also goes by a number of more colorful names (I’ve heard “cat poop coffee” quite a bit). In some cases, the unique processing method is used as a marketing gimmick; in other cases, it’s the punch line of “what-has-our-culture-come-to-now” editorials. To be sure, it is slightly unsettling to imagine being the person to have originated this idea, or worse—the first person to try it. But the end result (sorry) makes it all seem worthwhile.

Nevertheless, it is hard not to have some lingering doubts about the authenticity of the coffee. My research has satisfied me that Kopi Luwak is in fact a legitimate product, produced and collected in the manner described. However, the increasing popularity of Kopi Luwak in recent years has led to a number of disturbing trends, including animals being caged and force-fed coffee beans. So now you really have to do your homework before selecting a supplier—and yes, “free-range” Kopi Luwak is a thing.

Regardless of where you obtain the beans, though, they don’t look or smell significantly different from other coffee beans (at least, not to my untrained senses). How am I to know that the company that sold me the coffee didn’t substitute a cheaper brand? And how are they to know that their supplier, and every link in the supply chain before that, was delivering the genuine article? Quality control and certification of production is, as you might guess, a bit problematic.

When all is said and done, it’s a matter of faith. I would like to believe that the sheer weirdness of the product makes it more likely than not that what I got was what I thought I was getting. And if not, well, it was still a damn fine cup of coffee.

Note: This is an updated version of an article that originally appeared on Interesting Thing of the Day on April 22, 2003, and again in a slightly revised form on February 28, 2005.