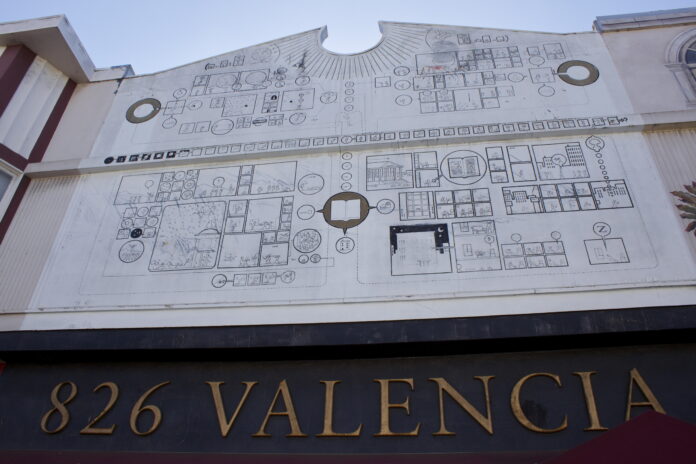 San Francisco has no shortage of trendy restaurants and interesting shops. If you want to get a good taste of what the city has to offer, and especially if you don’t want to spend lots of money doing it, head to the historic Mission District and stroll up and down Valencia Street. Amidst the art galleries, taquerias, and retro furniture stores you’ll find all sorts of quirky little gems with that quintessential San Francisco character. Perhaps the best example is a store named after its location: 826 Valencia. Its unassuming exterior gives you little clue as to what’s inside, and even after you start looking around, it may take you a few minutes to figure out that you are standing in a pirate supply store. It’s true: if you need to get an eye patch, a Jolly Roger flag, a spyglass, or even a bucket of lard for—well, whatever pirates use lard for—you’re in the right place.

At first, everything in the store seems to be completely serious, as though they expect real pirates to sail in on a daily basis for provisions. A closer inspection reveals that they’re having a good time at their own expense. Take, for example, the signs scattered around the store, such as “Have You Got Scurvy?” (with a list of symptoms), “Goals for the Voyage” (Plunder. Meet new people. Learn valuable new skills.), and even a helpful list of suggested uses for that lard (including “mast greasing” and “fingernail softening”). There’s also a little curtained-off area with a handful of old movie-theater seats facing a large aquarium. (826 Valencia is the original location, but there’s now a second shop, King Carl’s Emporium, in the Tenderloin, and another shop coming soon to Mission Bay.)

Odds are, if you have even the slightest appreciation for whimsy, you’ll think 826 Valencia is an excellent place to browse. Once you know the joke, it’s great fun to go there just to watch the expressions on people’s faces as they walk in for the first time and realize where they are. But you’re also likely to wonder, “How exactly does a pirate supply store stay in business—even in San Francisco?” If you come at the right time of the right day, you may also wonder, “What are all those kids doing with those computers in the back of the store?” The answers to these two questions are connected: 826 Valencia is really a nonprofit organization devoted to helping children aged 8–18 learn how to write, and the store is just the front portion of a large area that’s mainly classroom space. The organization offers free, volunteer-led workshops and tutoring in creative writing, expository writing, and English as a second language. The pirate store helps raise money, as well as being an effective gimmick for drawing the attention of children and adults alike to the writing center.

The 826 Valencia organization was founded in 2002 by novelists Dave Eggers and Vendela Vida (who, incidentally, were married the following year). It rapidly took off, and has attracted the support of numerous other well-known authors. In fact,the organization has been such a runaway success that people in several other parts of the country wanted to create similar programs. So 826 Valencia started an umbrella organization called 826 National, under which eight local 826 chapters operate, all of which have their own weird theme stores:

Not that anyone should need an excuse to open a store catering to superheroes or secret agents, but if you must have an ulterior motive, teaching kids how to write is certainly a good one. Yes, you could argue that 826 National encourages children to participate in piracy, but at least they’re doing their part to fight plagiarism.

Note: This is an updated version of an article that originally appeared on Interesting Thing of the Day on March 16, 2007.